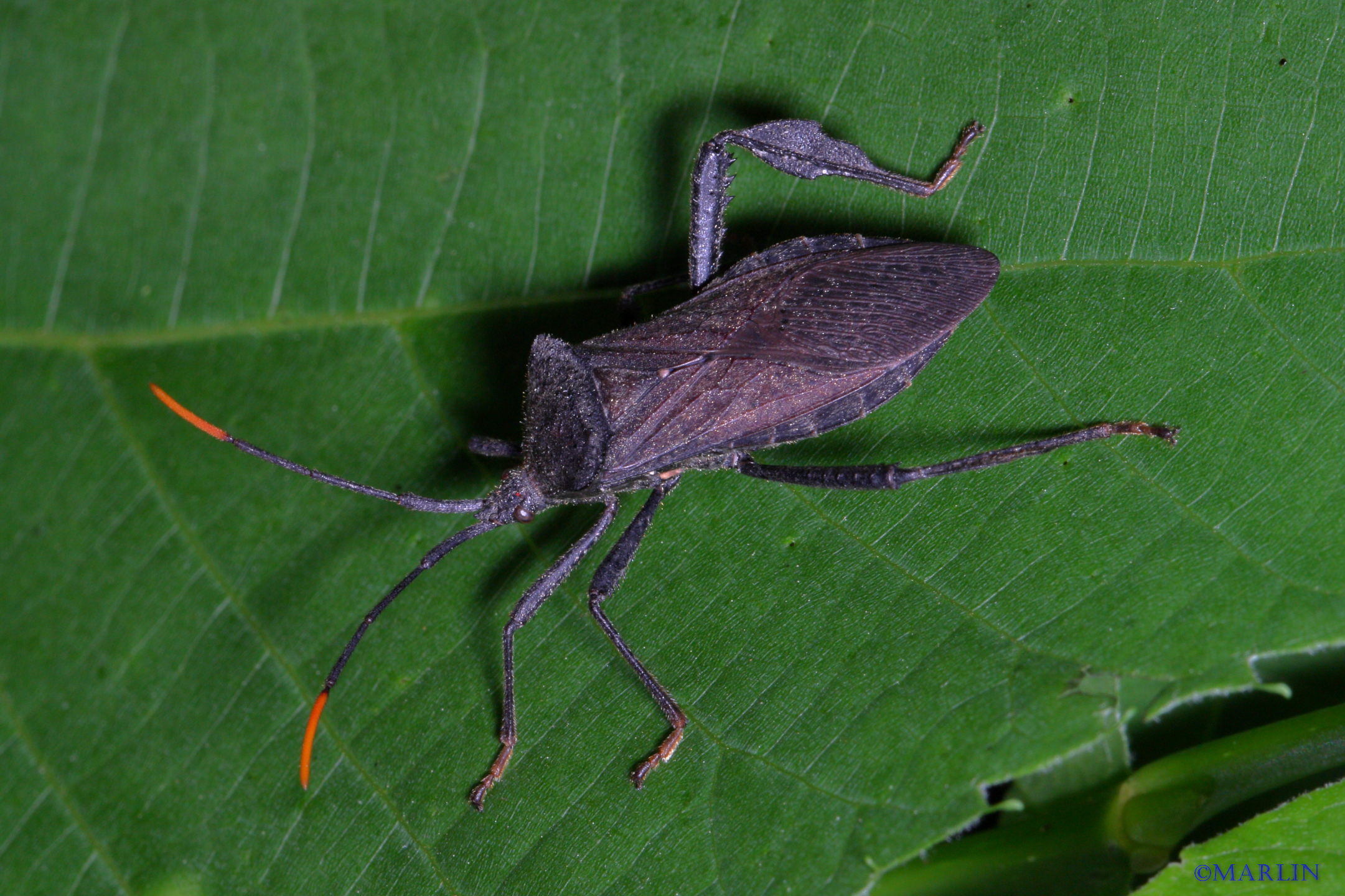 The Hemiptera family Coreidae includes leaf footed bugs and squash bugs. Leaf footed bugs are named for their leaf-shaped expansions of the hind tibia and femora. They have four-segmented antennae, large compound eyes and one pair of ocelli, or simple eyes. 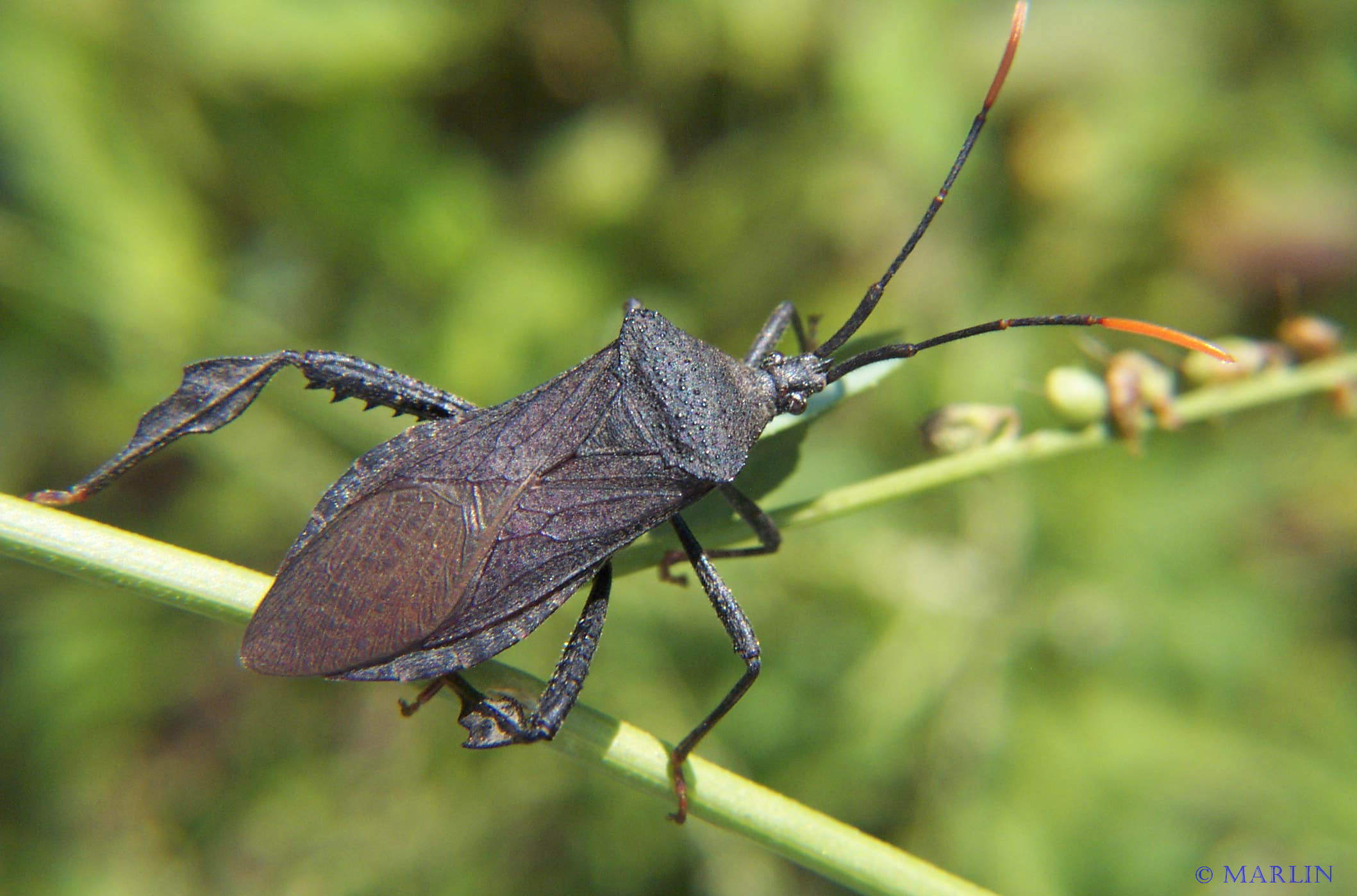 Biology: A common species found on many trees and shrubs along woodland margins and meadows. Favored host plants include hickory, goldenrod, boneset, and Joe-Pye weed. Generally only one generation per year, with adults overwintering. AKA squash bugs, clown bugs, tip-wilters. 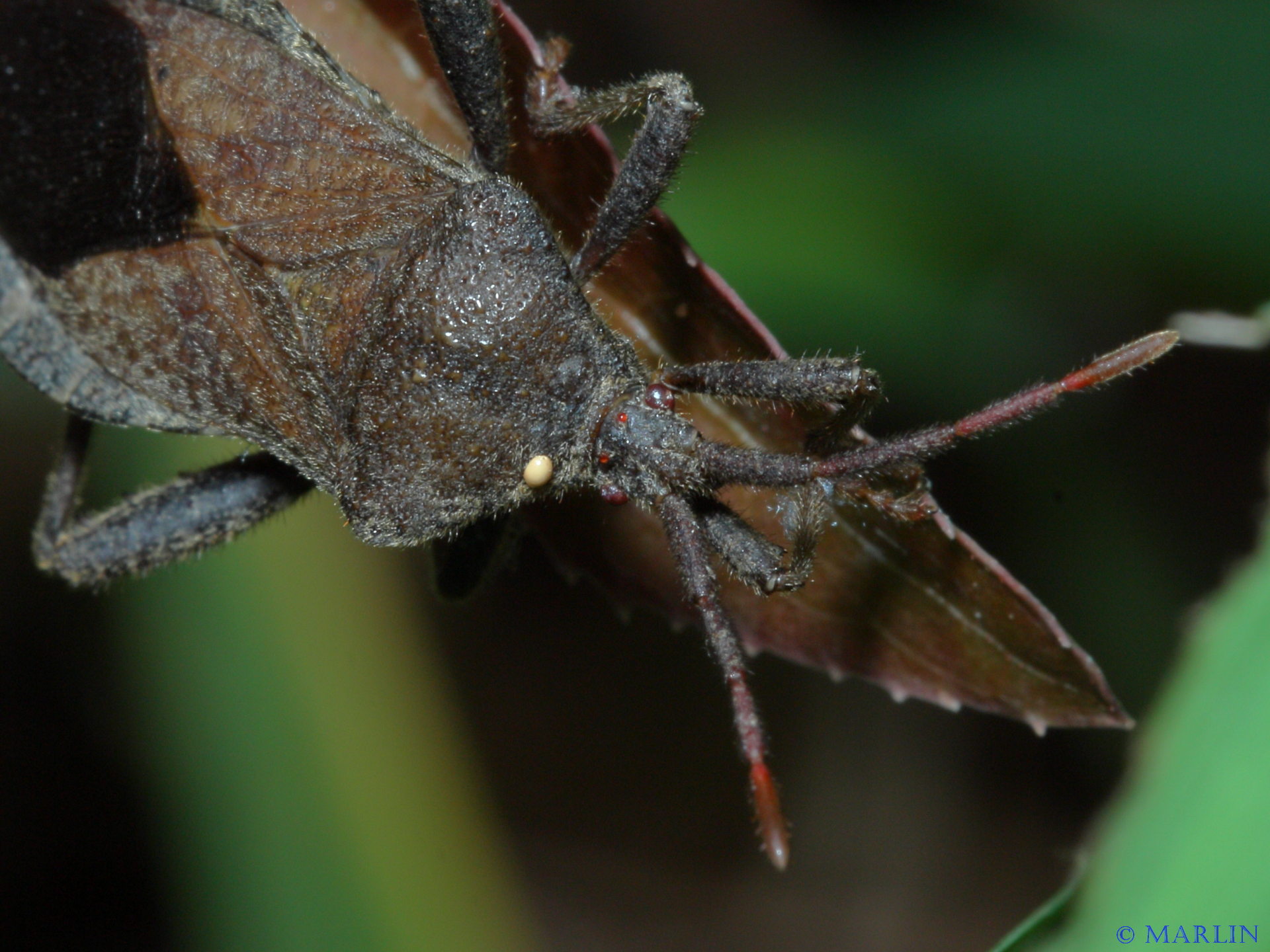 Coreids and other bugs are frequently parasitized by flies in the family Tachinidae and wasps in the Hymenoptera families Encyrtidae and Scelionidae. [4] The leaf-footed bug above is the unfortunate bearer of an egg cemented to its pronotum, probably placed there by a tachinid fly.

Trichopoda plumipes (below) and others in the genus are particular to Acanthocephala terminalis. [3] Eggs are laid directly on the adult bug, most frequently on the pronotum as above. When the egg hatches, the larva burrows into the bug, where it develops, eating the bug’s insides until it emerges as an adult fly. [4] 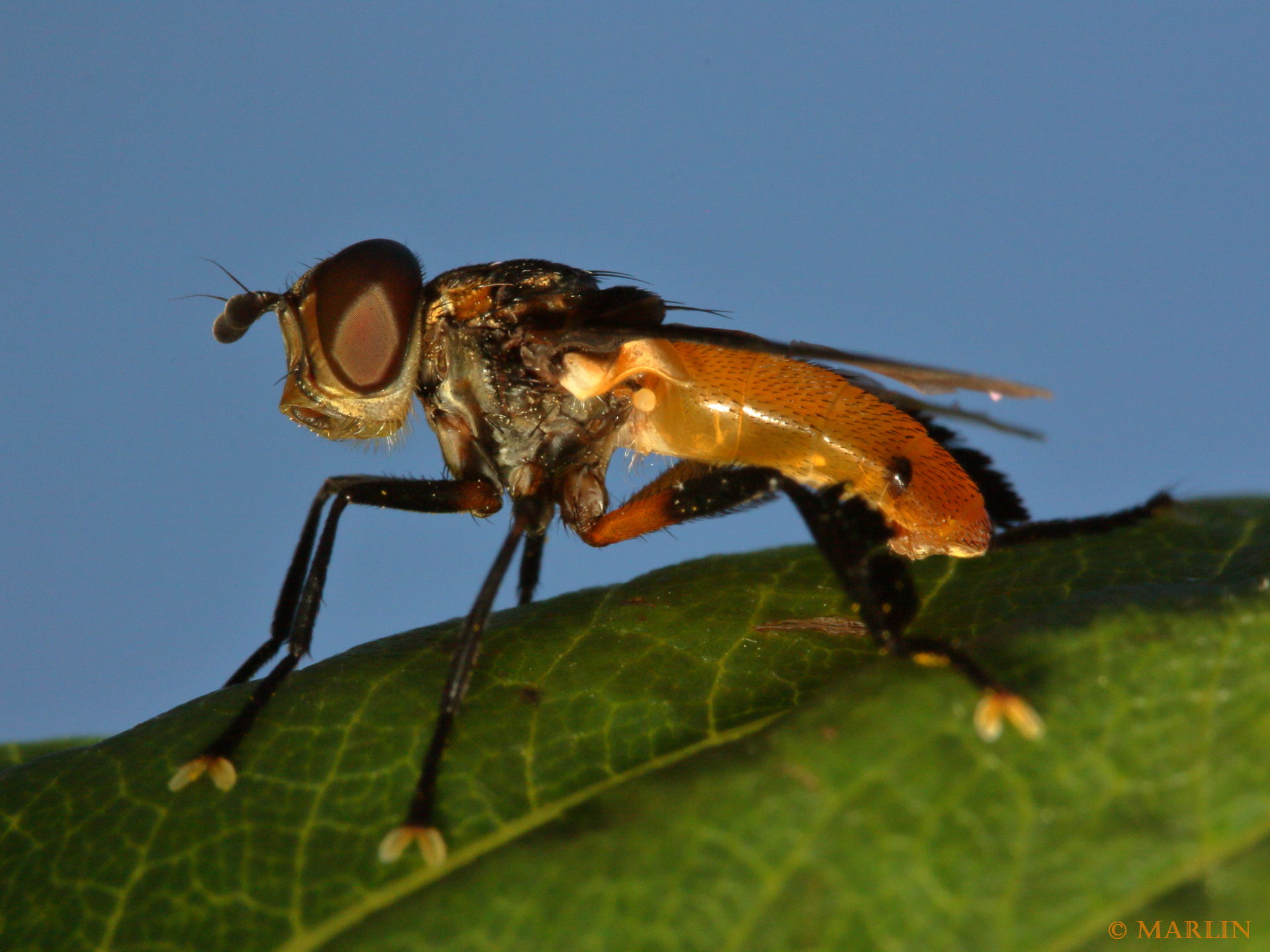 Tachinid fly Trichopoda plumipes  frequently lays eggs on adult Coreidae. This fly itself has a parasite egg attached to its abdomen.

All species of Coreidae are phytophagous, that is, plant-feeders. Like all true bugs, the adults are equipped with a beak, or rostrum, a hypodermic needle-like device carried under the head, which it uses to pierce the plant tissue and suck out liquids. They do not simply “suck out sap”, they inject a tissue-dissolving saliva and vacuum out the resulting slurry. Bugs cannot ingest solid food, and widespread damage to the plant is a result of these liquefying enzymes. [1]