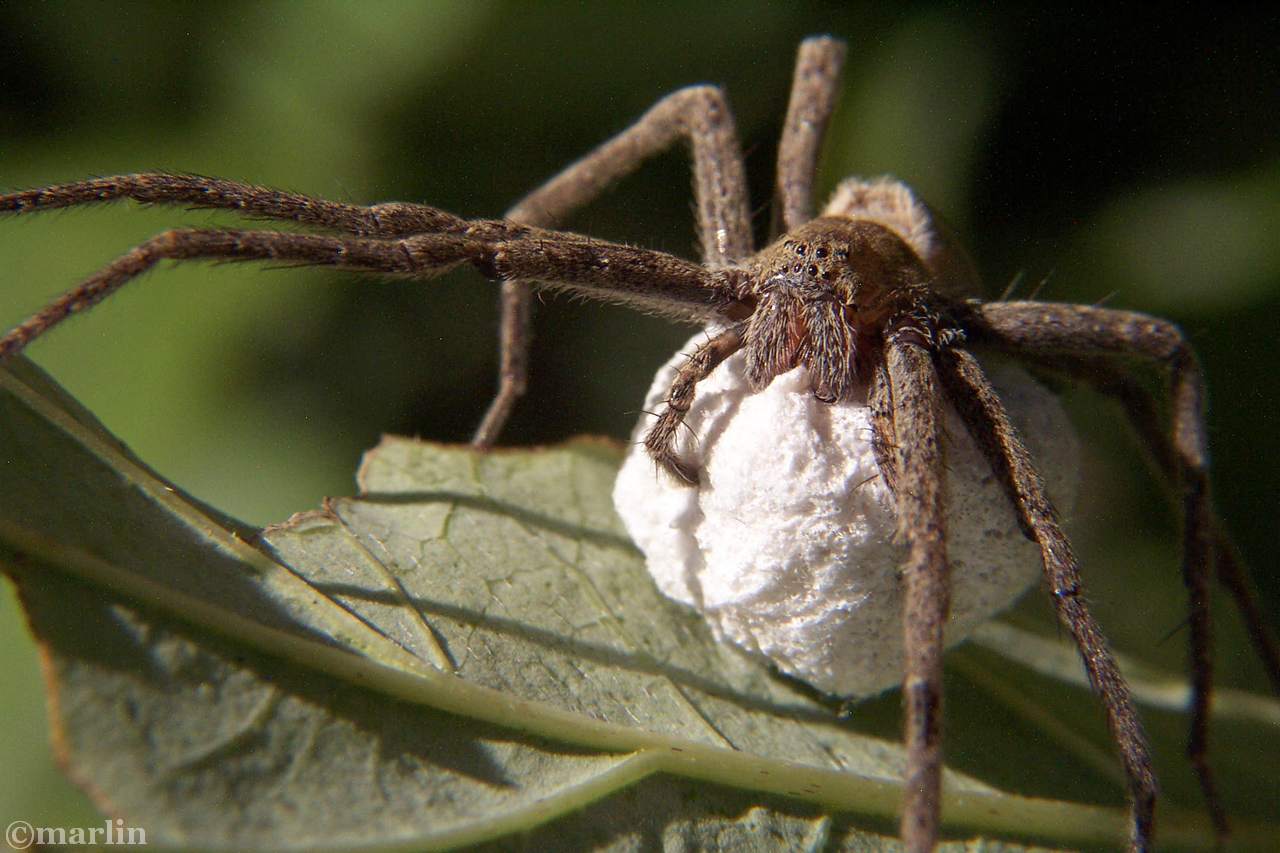 Nursery Web and Fishing Spiders superficially resemble wolf spiders. Most spiders in this family have their eyes arranged in two rows, with the front row in a straight line of four, the second row curved in a u-shape. These spiders do not build webs to catch prey, but use silk to construct a special nest or nursery web.

The female carries a spherical egg sac around until the eggs are ready to hatch, then constructs a web and places the egg sac inside. She then stands guard nearby until the spiderlings have all grown and dispersed. Some of the largest spiders in this family, the fishing spiders, run over the surface of ponds and streams, and sometimes even go underwater. They may capture tadpoles and small fishes, but mostly prey on insects. 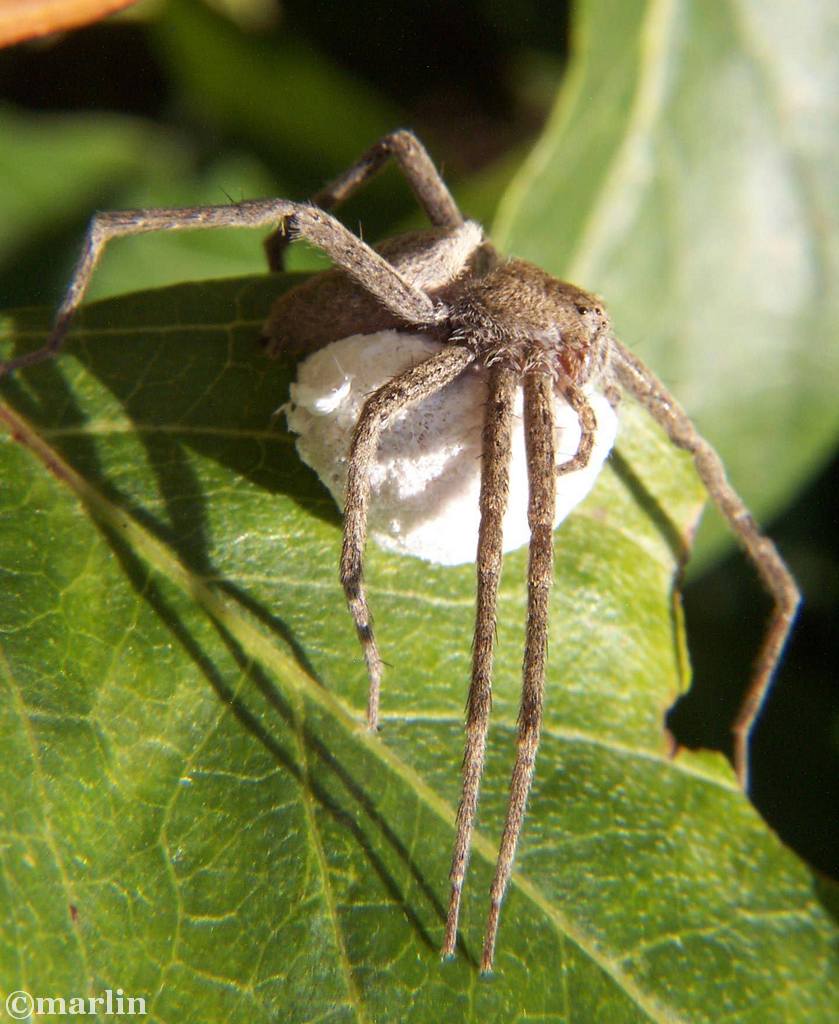 The nursery web spider carries her egg-sac, or coccoon, under her body until near hatching. She then spins a protective web in which her hatchlings live until their first moult. These spiders resemble the wolf spiders (Lycosidae), but have a different eye pattern. Pisaurids have their eyes arranged in 2 rows, the posterior row slightly recurved, the median eyes in the second row slighly (if any) larger than the others. (Wolf spiders have eyes arranged in 3 rows). The egg sac is carried by the female under her prosoma, held there by her chelicerae and pedipalps. It is further supported by silk lines to the spinnerets. 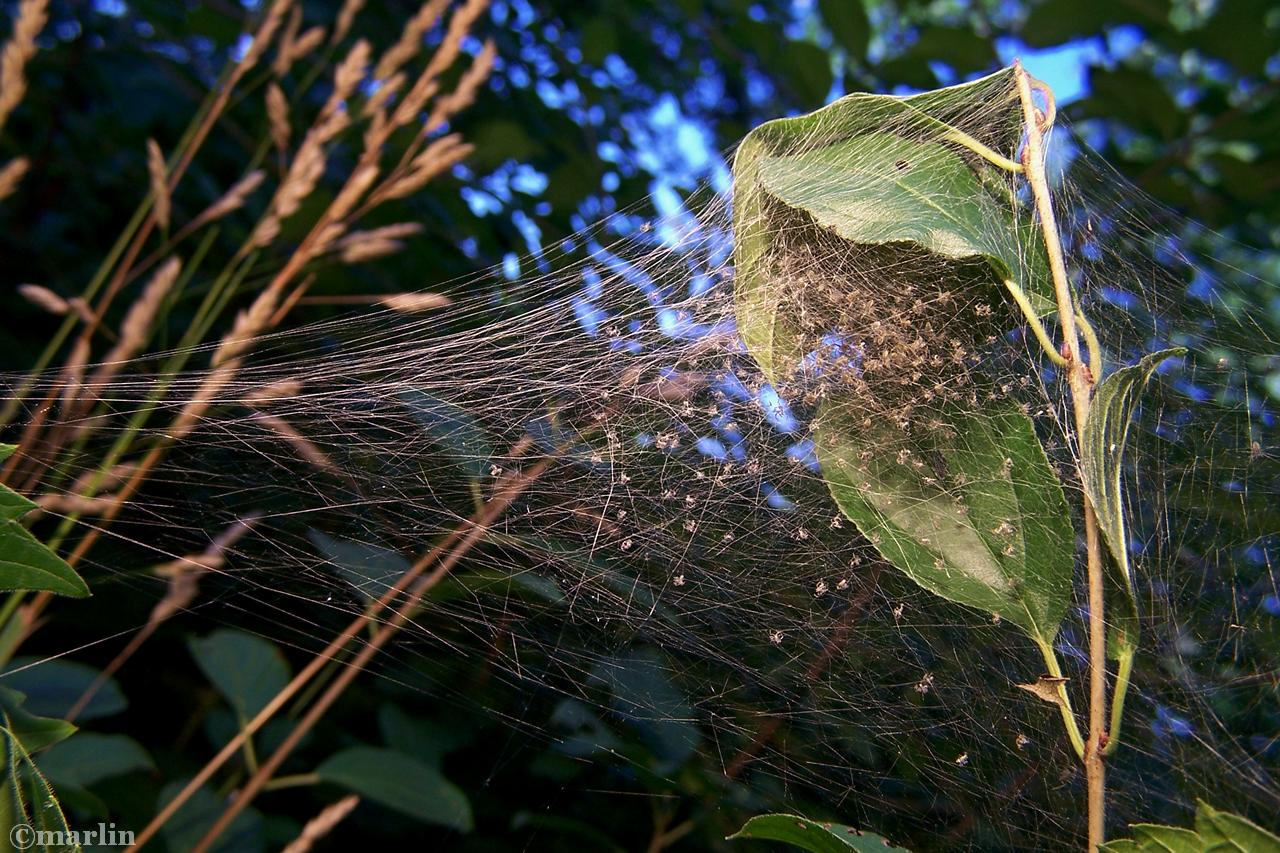 Before the eggs hatch, the female attaches the sac to a plant and then builds a web around it. When the eggs inside are hatching, the momma spider opens the sac and releases the hatchlings — then stands guard nearby. The hatchlings remain in the web until their first moult. The Pisaurids forage for their food and build webs only for protecting their young. 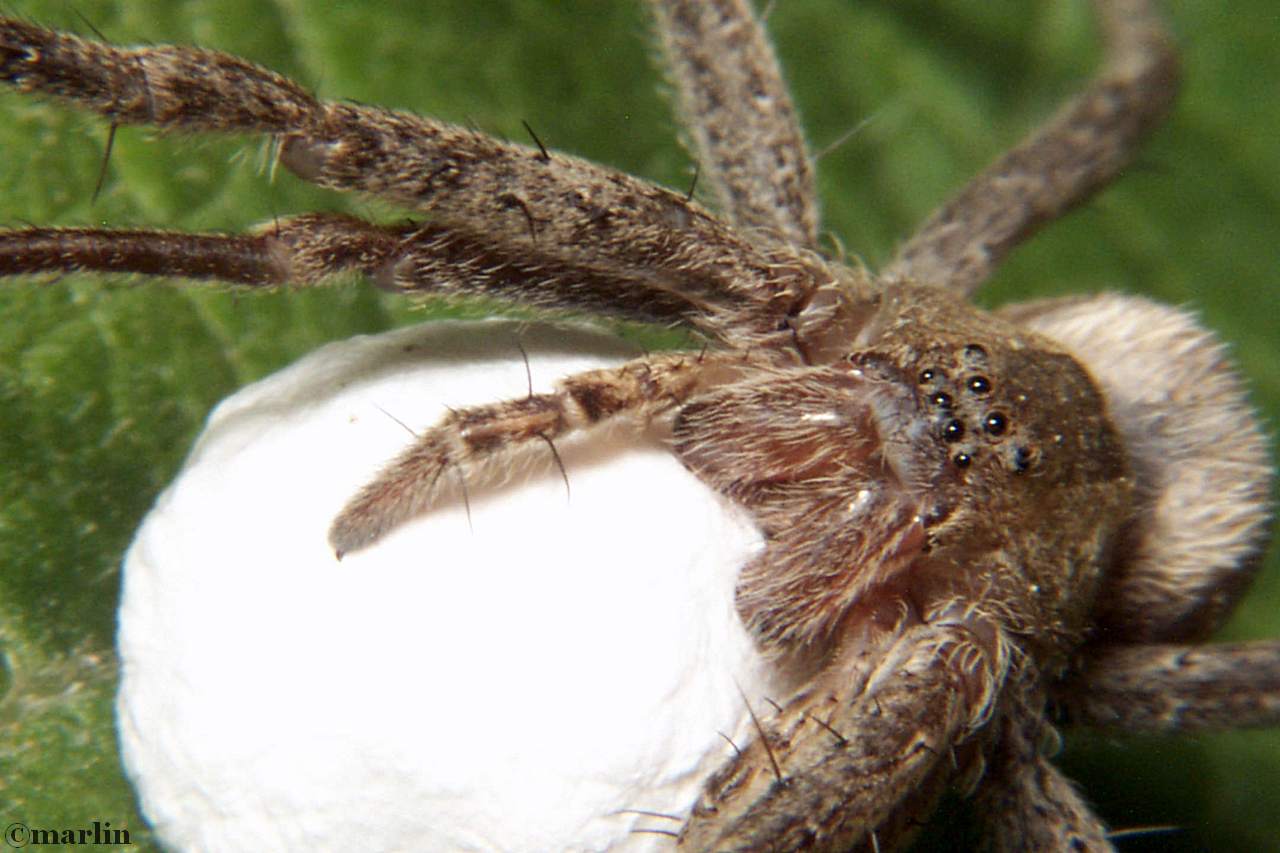 Dolomedes fishing spider on the rocks in Mud Creek near Oregon, Illinois has caught a water strider. Some spiders in this family, particularly fishing spiders in this genus, are quite large and may have a leg span of 75 mm or more.The Dolomedes spiders live near water; they walk on the surface of water and dive underneath it to feed on aquatic insects and even small fish. Fishing spiders also carry their egg-sac under their abdomen.