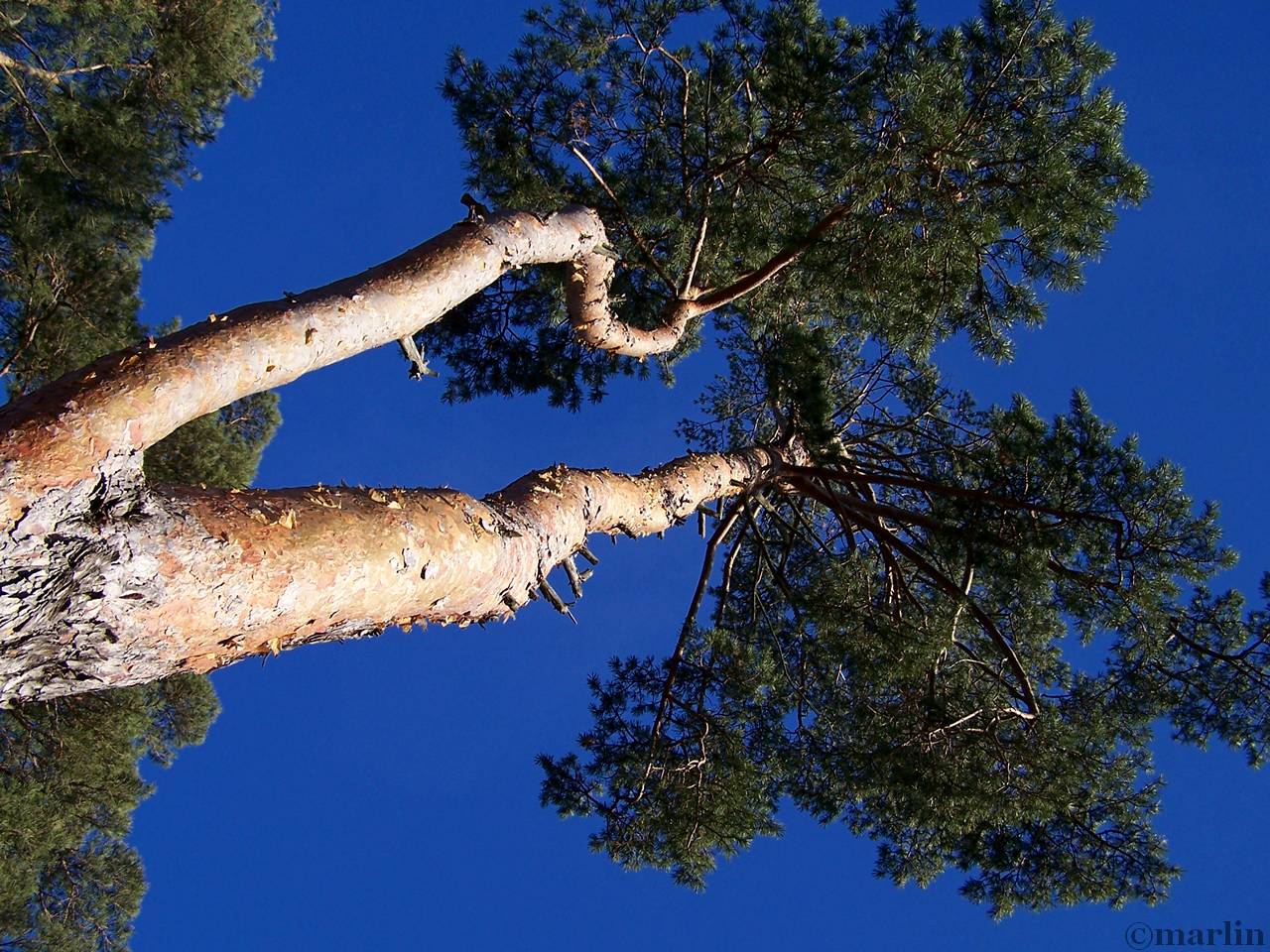 Members of family Pinaceae are trees or shrubs, including many conifers of commercial importance such as cedar, fir, hemlock, larch, pine and spruce. The family is included in the order Pinales, formerly known as Coniferales. It is the largest conifer family, with between 220 and 250 species in 11 genera, and the second-largest in geographical range, found in most of the Northern Hemisphere. 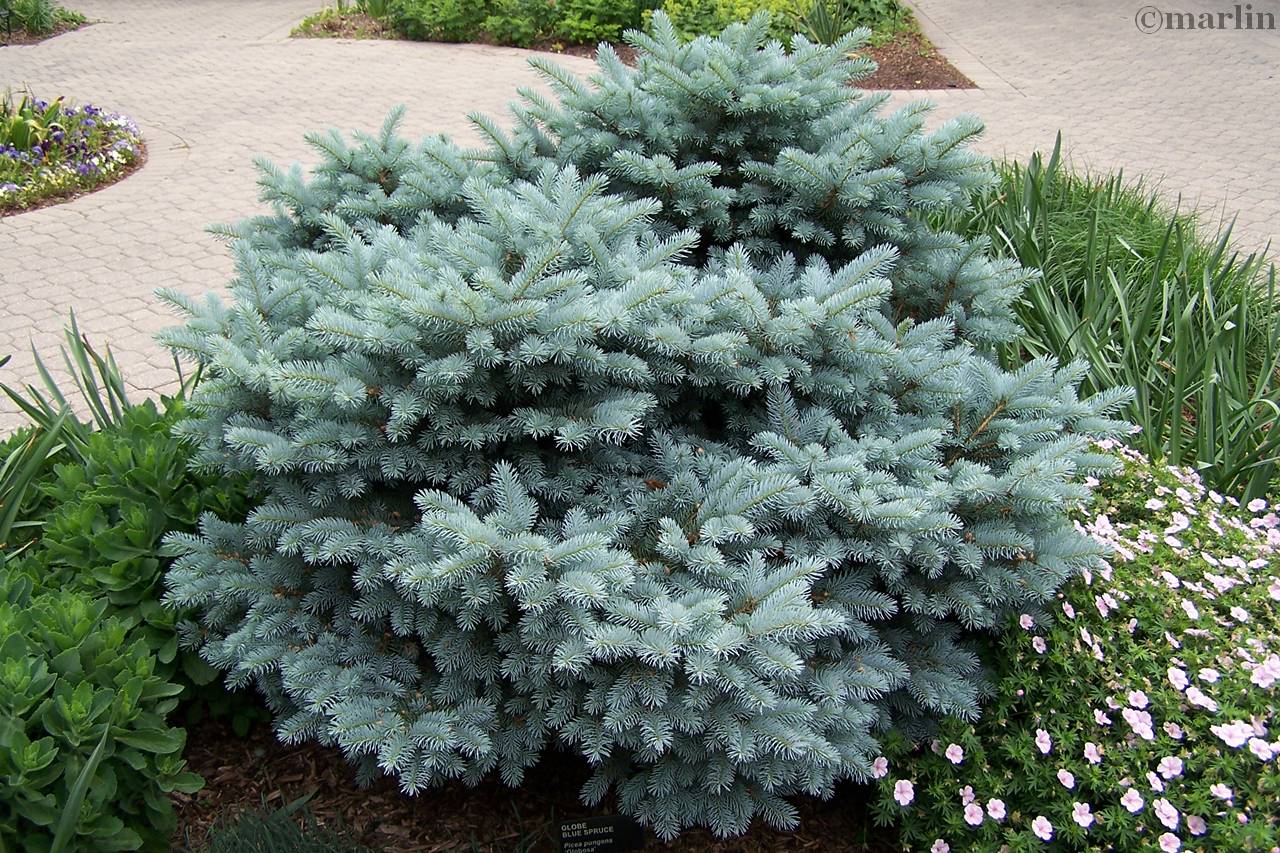 Globe blue spruce, above, is cultivated for its short stature and outstanding powder-blue color.

Conifer comes from the Latin for “cone bearing.” A conifer’s seeds are borne in its cones. If you were to shake a typical mature cone, seeds would fall out. Almost all plants on earth produce seeds, and these plants are divided into two categories: gymnosperms and angiosperms. The angiosperms have their seeds embedded inside fruit; think of an apple or a pumpkin. Angiosperms comprise, by far, the biggest of the two groups.

Pollination in conifers is always dependant on wind. “Gymnosperm” is Latin for “naked seed”. Gymnosperms evolved before flowering plants, and conifers (all plants in Pinaceae are conifers) are gymnosperms. There are fewer than 1,000 species, representing barely 1/2 of one percent of all plant species. 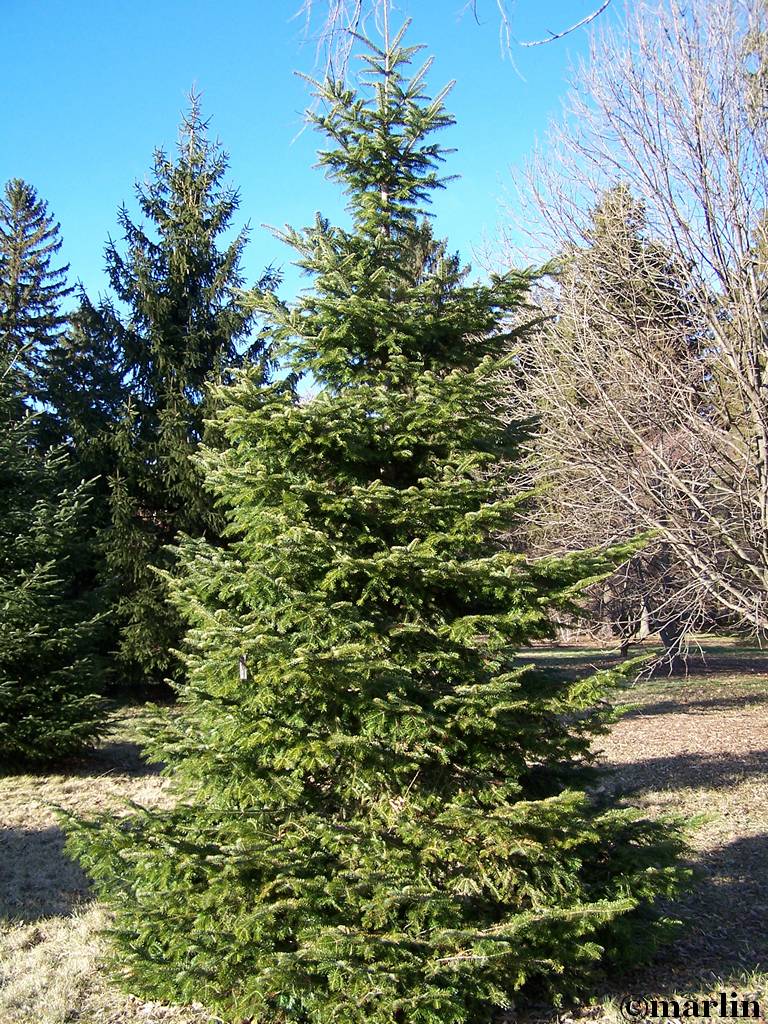 European silver fir at the Morton Arboretum near Chicago makes a nice-looking Christmas tree, although you would need a 20-foot ceiling in your great room for this specimen. Anecdotal evidence suggests silver fir was the first tree used in Europe as a Christmas tree. The custom of decorating small evergreens originated in Germany and Switzerland. The United States now reportedly consumes 35 to 40 million trees each Christmas season. Most are raised on tree farms or plucked ceremoniously from a friendly, neighborhood wood lot or forest. 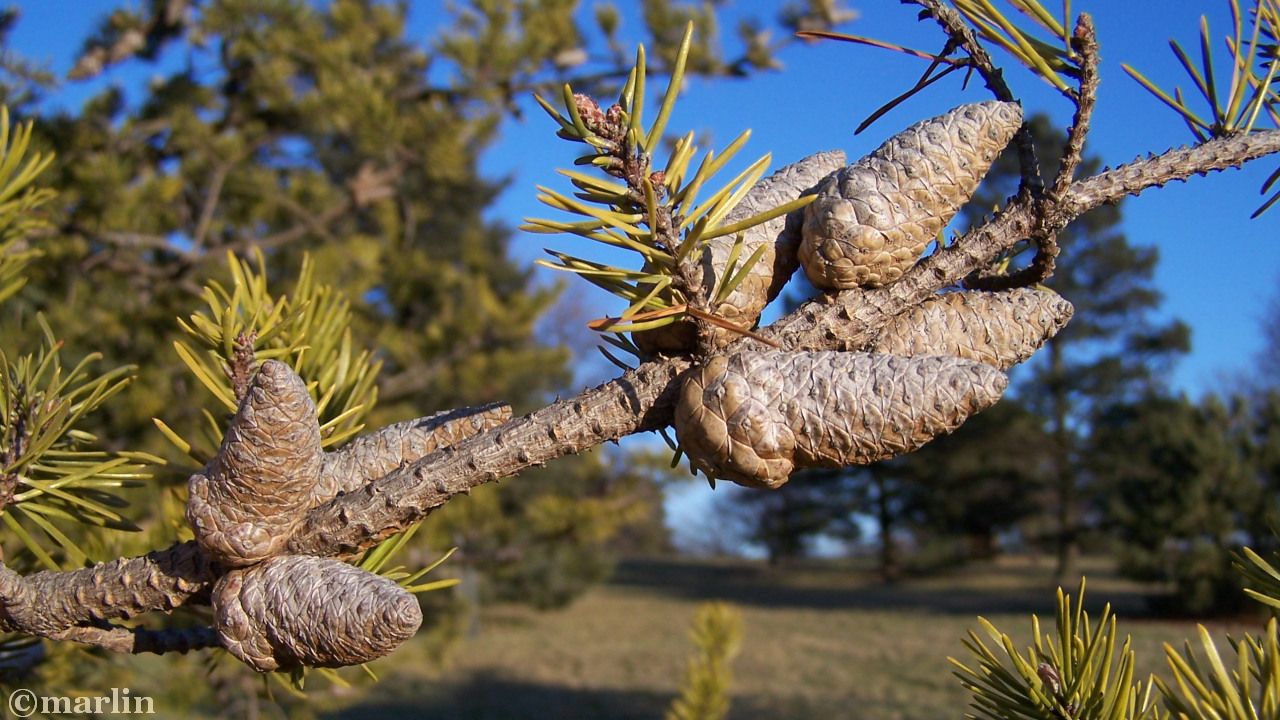 The cones pictured above are those of the Jack pine – Pinus banksiana. A mature, fertilized female cone may be thought of as “fruit” (although technically conifers do not “flower” and hence cannot bear fruit). In most conifers, the cones are woody structures, but by no means do they all look like the classic pine cone. Some have seeds enveloped in a fleshy coating. Separate male cones are called staminate; they often take the form of tiny cones or catkins; these provide the pollen to fertilize the female cones, which ultimately produce the seeds. The female cones are the familiar woody structures and they are called pistillate cones. Most species of conifer are monoecious: they have both male and female cones on the same tree. 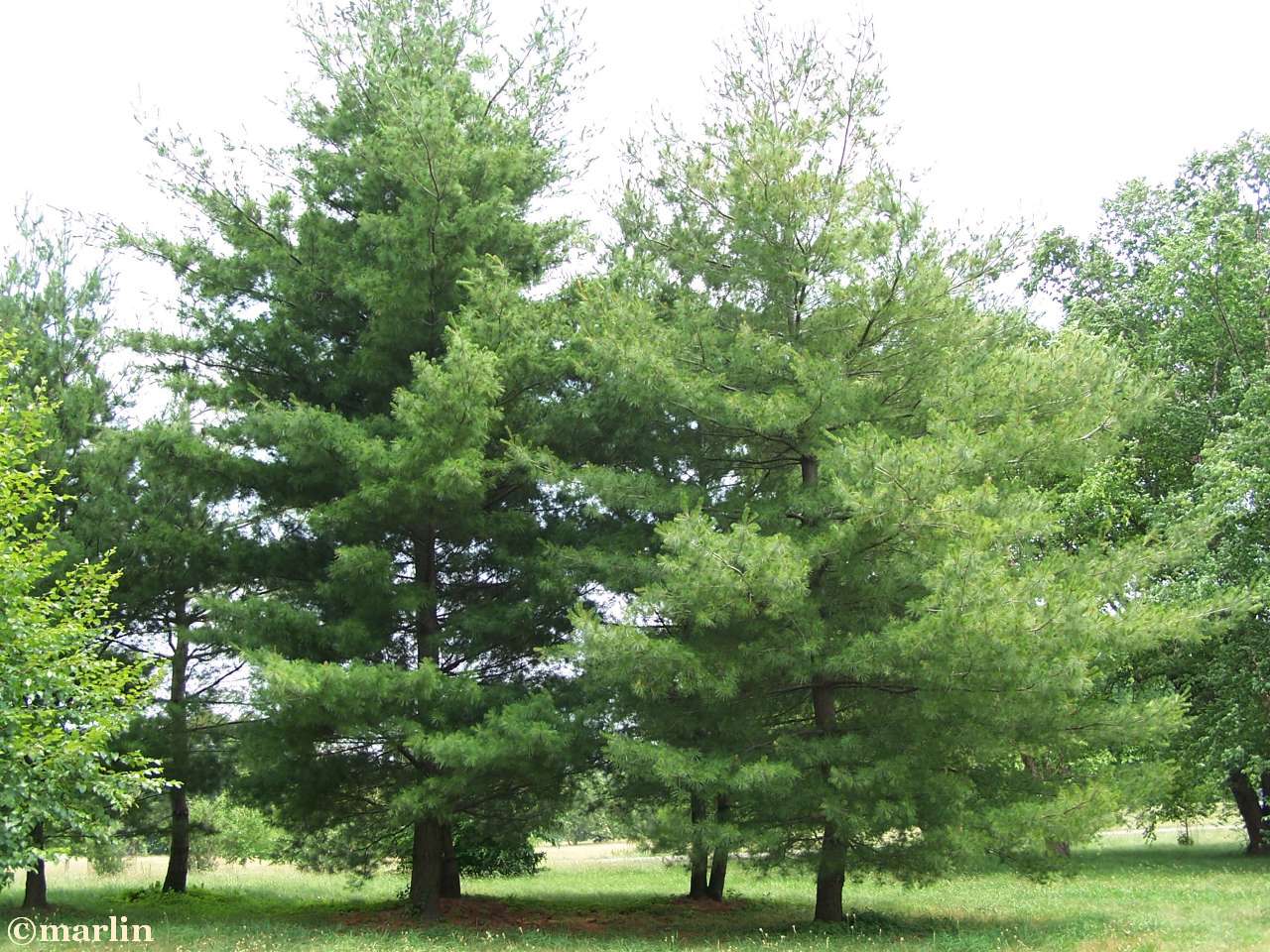 White pines commonly live to 400 years. Height: to 110′  /  Spread: 40′. White Pine bark darkens and thickens as the tree ages, is smooth and gray on young growth. It becomes gray-brown, deeply furrowed with broad ridges of irregularly rectangular, purple-tinged scaly plates. Branches are whorled, few and spreading, with slightly upturned tips. In closed stands, trunks are free of branches over 2/3 of their length. Twigs are slender, flexible, pale red-brown, with rusty hairs when young; aging gray and smooth.

Larch are deciduous conifers in the genus Larix. They are native to much of the cooler temperate northern hemisphere, on lowlands in the far north, and high on mountains further south. Larches are among the dominant plants in the immense boreal forests of Russia and Canada.

Larch grow 15-50 m tall. The leaves (needles) turn yellow and fall in the late autumn, leaving the trees bare through the winter. 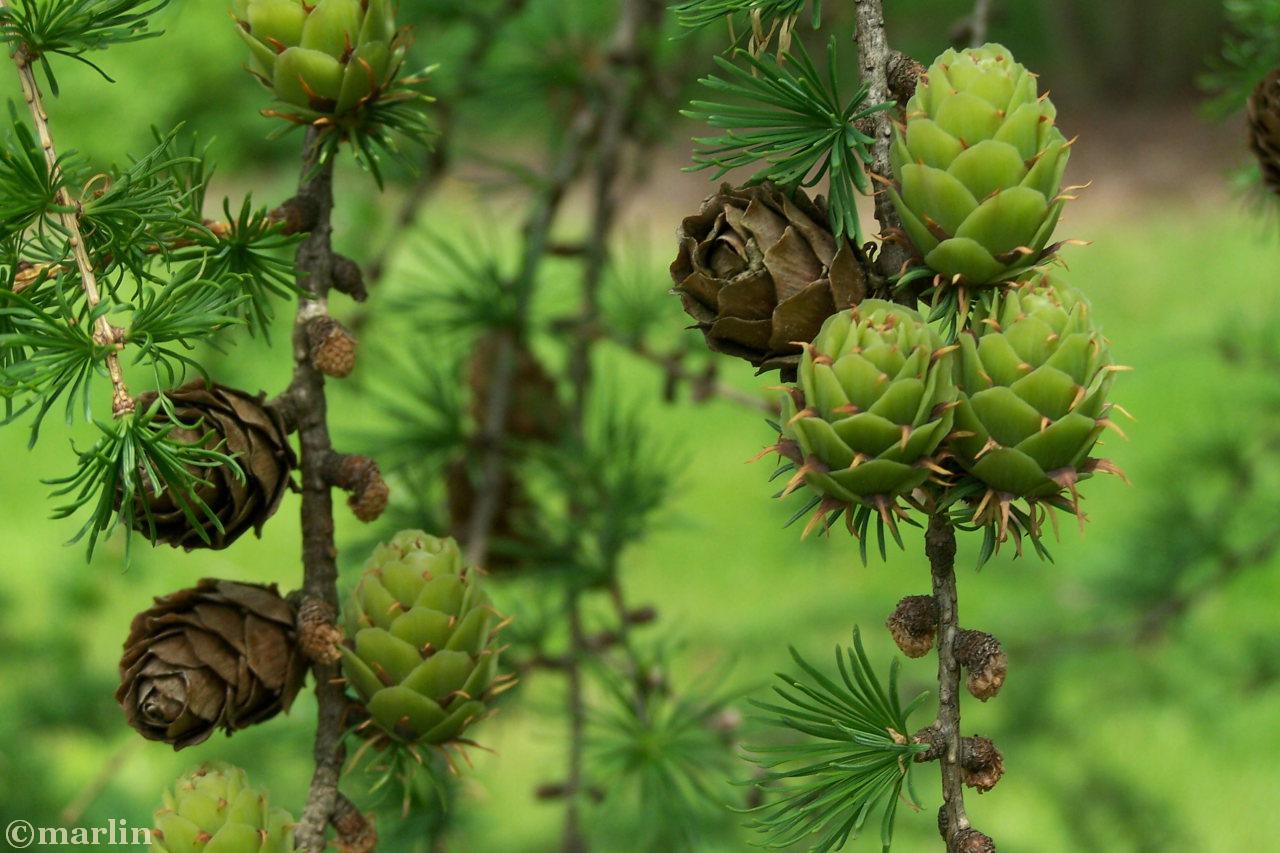 Larch cones are erect, small, 1-9 cm long, green or purple, ripening brown 5-8 months after pollination; in about half the species the bract scales are long and visible, and in the others, short and hidden between the seed scales. Those native to northern regions have small cones (1-3 cm) with short bracts, with more southerly species have longer cones (3-9 cm), often with exserted bracts, with the longest cones and bracts produced by the southernmost species in the Himalaya. 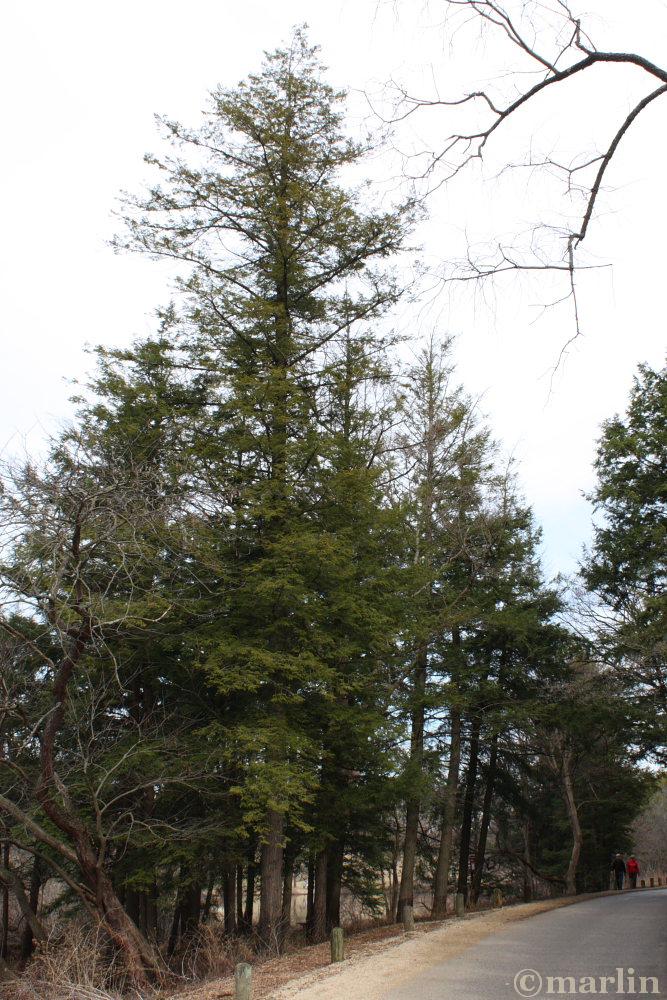 Eastern Hemlock – Tsuga canadensis is an evergreen conifer with heavily foliaged and upsweeping branches. At maturity, it is commonly 60 to 70 feet (18-21 m) tall and 24 to 48 inches diameter. One of the largest eastern hemlock recorded was 175 feet (53 m) tall and 76 inches (193 cm) in d.b.h.  Hardy to USDA Zone 3. Hemlocks have soft, lacy foliage with with small, flat needles arranged in two ranks.

The hemlocks pictured here are among 162 trees of unknown origin planted on Hemlock Hill at the Morton Arboretum near Chicago in 1922. Eastern hemlock is native to North America from Nova Scotia to Ontario, south to Georgia and Alabama. 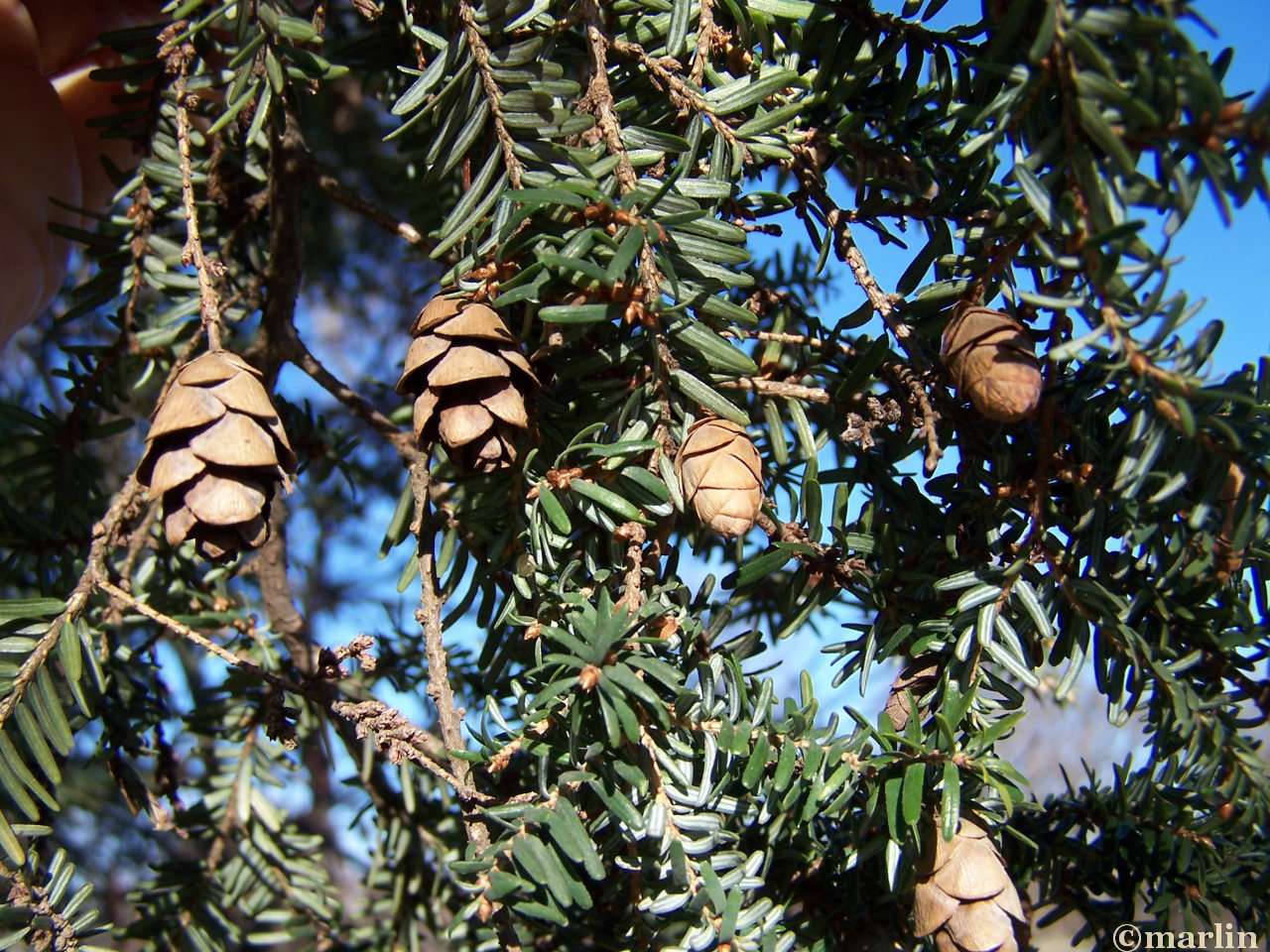 Seeds in the small, oval hemlock cones are a favorite of winter birds.

The oldest tree? Sometime around 7542 B.C., a spruce tree started growing on Fulu Mountain in Sweden. It is still growing. Spruce trees can produce exact clones, and while the currently visible part of the tree is not 9,550 years old, scientists found pieces of wood beneath it that are – with exactly the same genetic makeup as the still living, above-ground tree.

Please visit our individual tree pages for more images and information on each species.