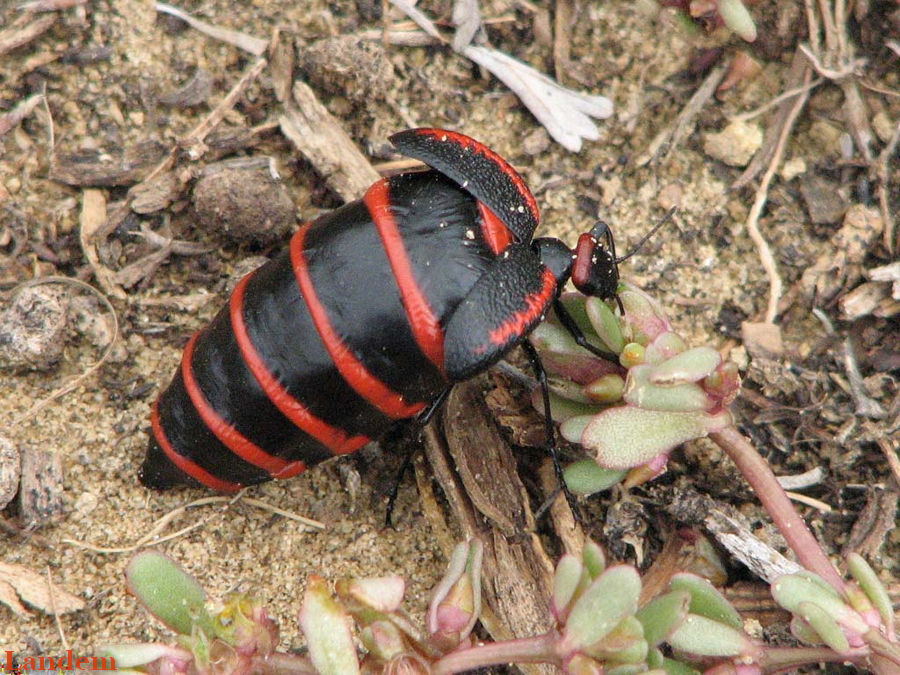 Beetles in the genus Megetra advertise their toxicity with aposematic coloring. Not all blister beetles use this method of warning off predators; Black Blister Beetle – Epicauta pennsylvanica. There are 3 species in genus Megetra. These beetles range the southwest U.S. and Mexico, and are often found in the Chihuahuan desert. 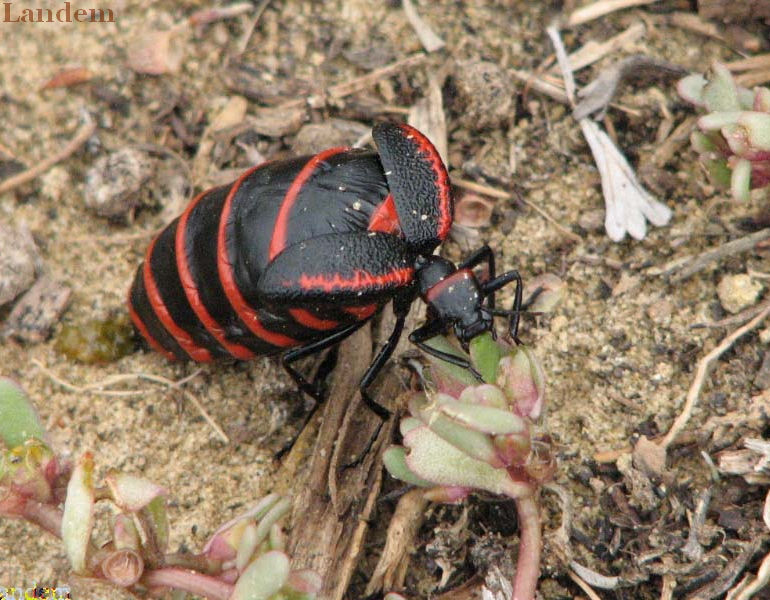 Blister Beetles produce cantharidin, a poison comparable to cyanide and strychnine in toxicity. Stored in the insects’ blood, cantharidin is very stable and remains toxic in beetle carcasses. Animals may be poisoned by ingesting beetles while grazing or eating harvested silage. Cantharidin can also cause severe skin inflammation and blisters [1].

Cantharidin is absorbed through the intestine and can cause symptoms such as inflammation, colic, straining, elevated temperature, depression, increased heart rate and respiration, dehydration, sweating, and diarrhea. There is frequent urination during the first 24 hours after ingestion, accompanied by inflammation of the urinary tract. This irritation may also result in secondary infection and bleeding.  Taken internally, as little as 10 milligrams can be fatal in humans.