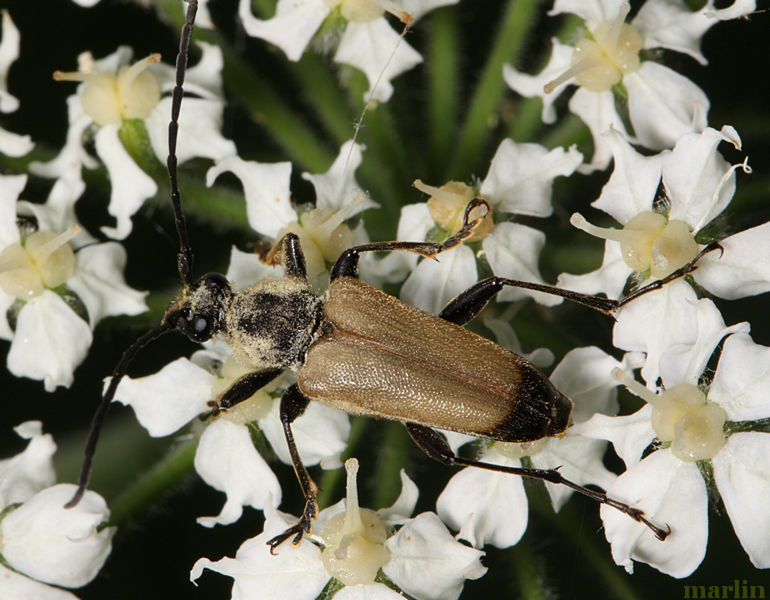 17mm long with antennae at least that, this  impressive creature is member of a subfamily commonly called flower longhorns, after their habitat and principle food source. Sunfamily Lepturinae has about 360 species in 80 genera in the New World. Adult beetles eat pollen. Beetles have been pollinating plants for much longer than any other insect.

The comparatively narrow pronotum and tapered elytra give this subfamily its characteristic broad-shouldered look. The eyes are much larger and more bulbous, and they do not wrap around the antenna base like many other longhorn, i.e. the red milkweed beetle [2]. 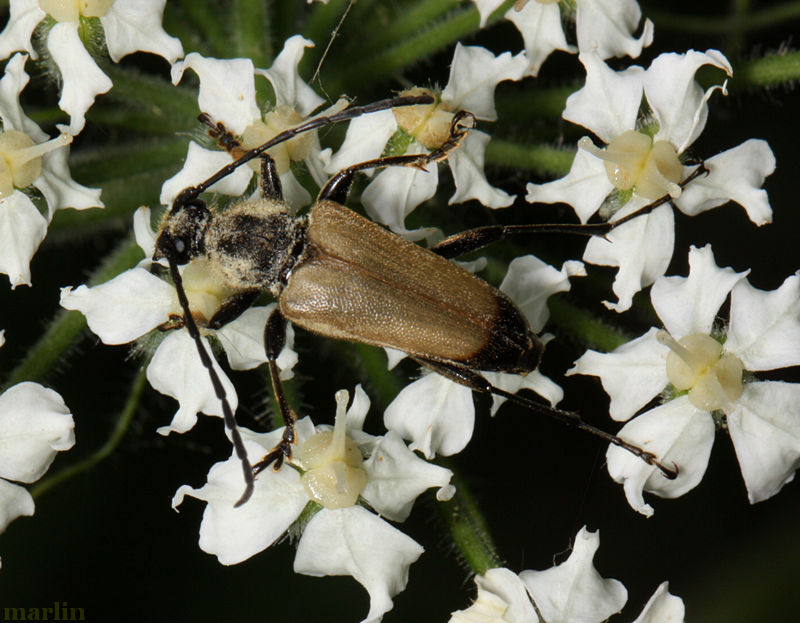