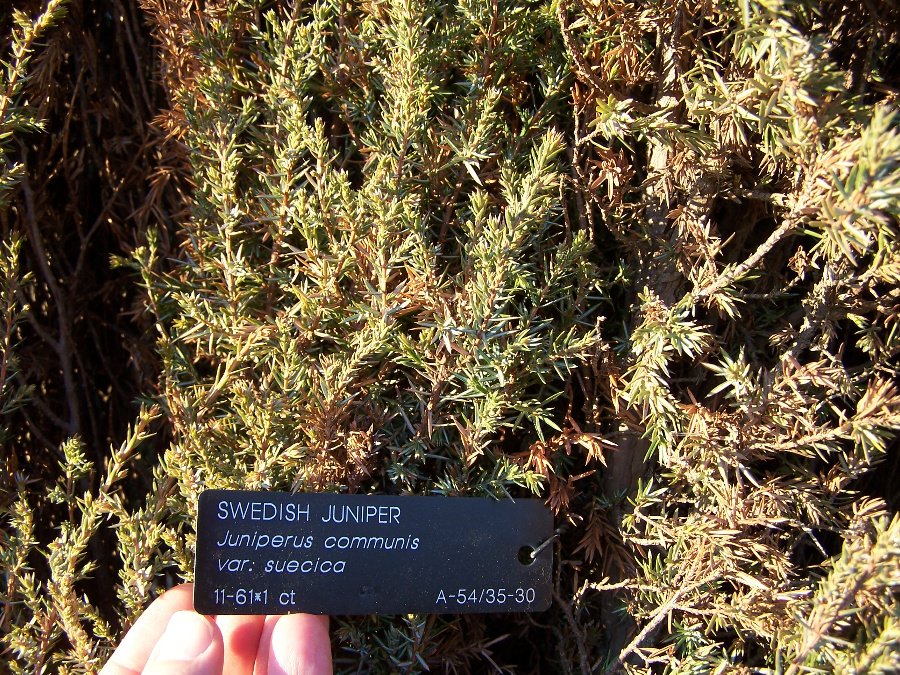 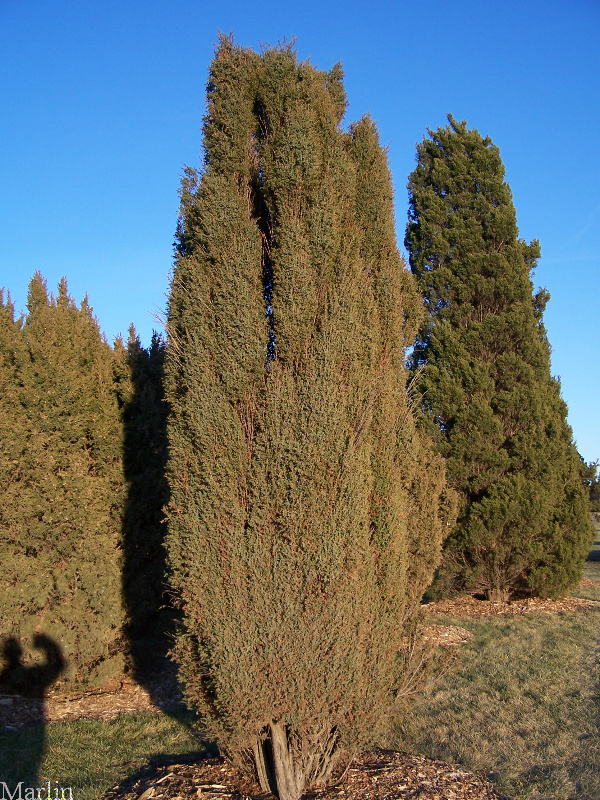 This Swedish Juniper at the Morton Arboretum is 47 years old. Grows best in full sun. 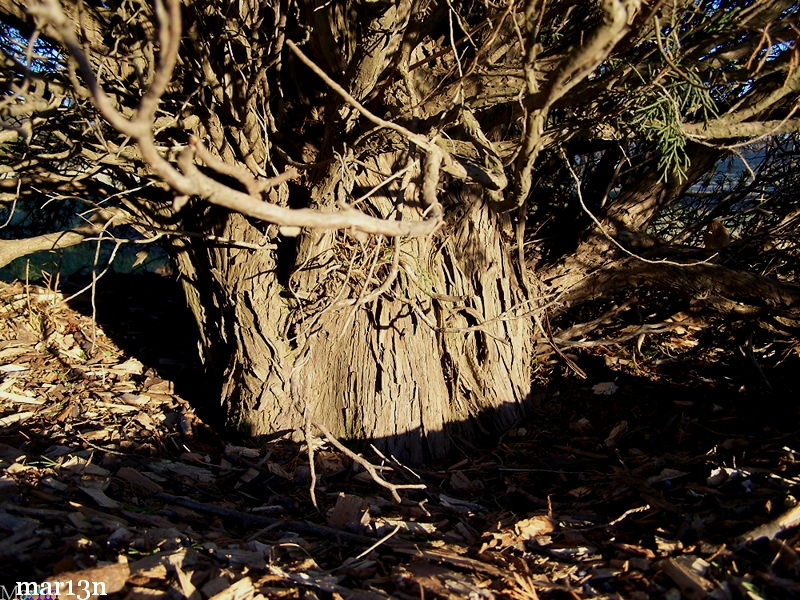 The bark of common juniper is thin, shreddy or scaly, often exfoliating into thin strips.
Family Cupressaceae â€“ Redwood, Cypress, Arborvitae, Juniper
There are thirty (many monotypic) genera and 142 species in the family Cupressaceae, now widely regarded as including the Taxodiaceae, previously treated as a family. The Cupressaceae are found in the fossil record as far back as the Jurassic Period, about 210 million years ago. Cupressaceae Index | Tree Encyclopedia | Trees Index