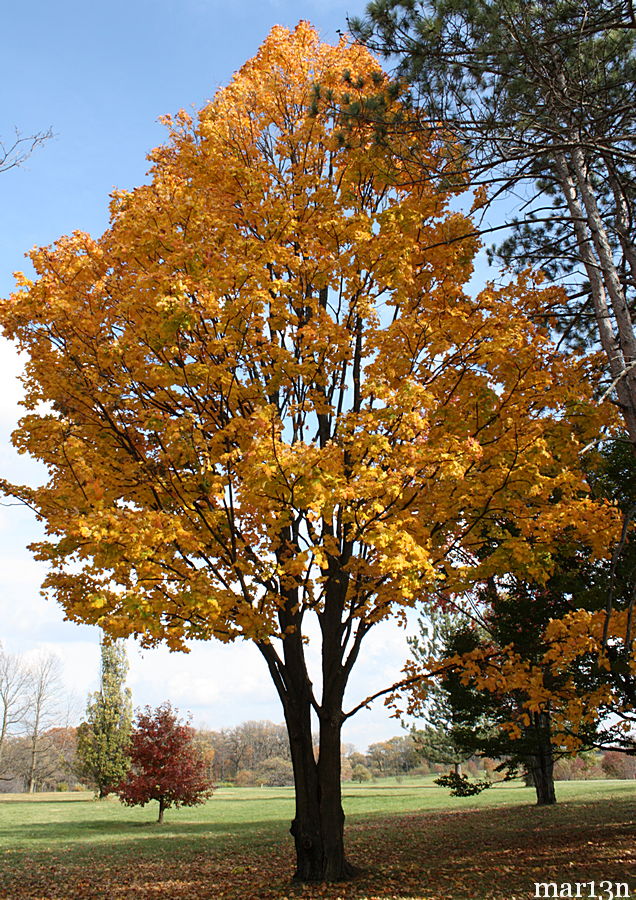 In my humble opinion, the Sugar Maple is the king of showy autumn foliage; its brilliant yellow to orange-red foliage simply screams, especially in direct sunlight. Sometimes called hard maple or rock maple, this is one of the largest and most important of our North American hardwoods. Sugar Maple grows on approximately 31 million acres (about 9%) of the hardwood forests in Midwest and northeast North America. The greatest commercial saw timber volumes are presently harvested in Michigan, New York, Maine, Wisconsin, and Pennsylvania. In most regions, both the saw timber and growing stock volumes are increasing, with increased production of saw logs, pulpwood, and more recently, firewood.

Sugar maple grows only in regions with relatively with cool, moist climates. They grow best with ranges in temperature from -40° F. in the north to 100° F. in the southwestern areas. Occasional extremes may be more than 20° F. lower or higher than these. It is expected the current man-made rise in global temperature will be deleterious to the species. Rainfall requirements are between about 20 inches and 100 inches. It is not known how global climate change will affect rainfall, although the vast majority of scientific data suggest there will be an increase in short and long-term droughts in areas previously unafflicted thus. The dramatic increase in atmospheric carbon dioxide levels due to man’s burning of fossil fuels may benefit the trees, however. 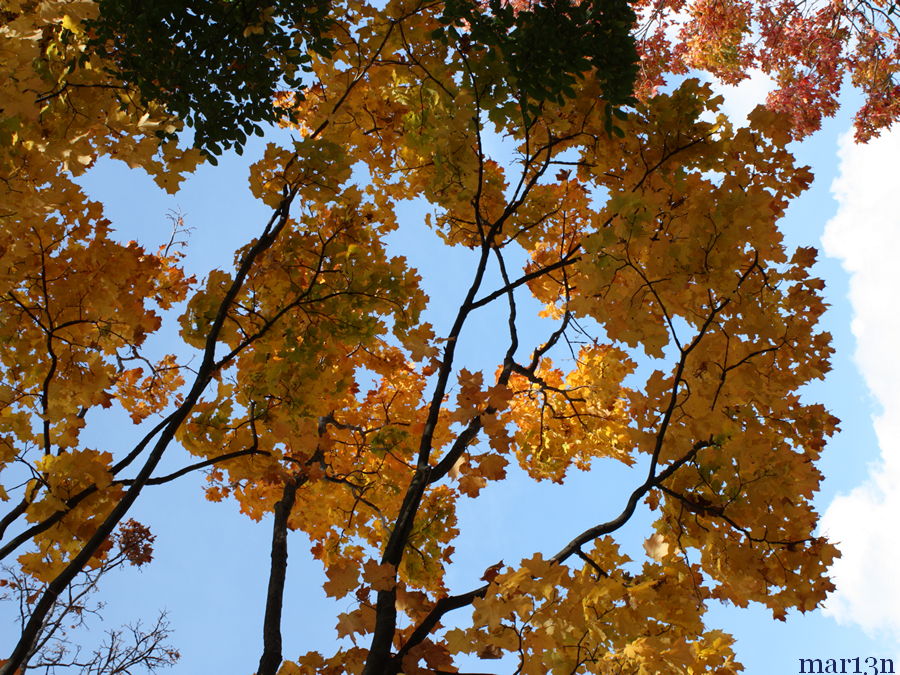 The fruit of the sugar maple, called a samara, is a double-winged, papery seed-bearing fruit, commonly called a “helicopter” or “whirlybird.” The aerodynamic properties allow the seeds to be dispersed, in a fresh breeze, more than 100 meters (330 feet) from the parent tree. A mature sugar maple can produce between 3,000 and 9,000 pounds of seeds each season [2].

The sugar maple tree is the principal source of maple sugar. Trees are tapped early in the spring for the first flow of sap, which usually has the highest sugar content. The sap is collected and boiled or evaporated to a syrup. Further concentration by evaporation produces the maple sugar. Sugar maple sap averages about 2.5 percent sugar; about 129 liters (34 gal) of sap to make 3.8 liters (1 gal) of syrup or 3.6 kg (8 lb) of sugar.

Sugar maple is rated as very tolerant of shade, exceeded among hardwoods only by a few smaller, shorter lived species. In large trees, only American beech (Fagus grandifolia) equals it in tolerance under forest conditions. Except for bud losses, sugar maple is not highly susceptible to insect injury and serious outbreaks are not common. The most common insects to attack sugar maple are defoliators and these include the gypsy moth (Lymantria dispar), forest tent caterpillar, linden looper, striped mapleworm, maple leaf-cutter, and saddled prominent moth [2].