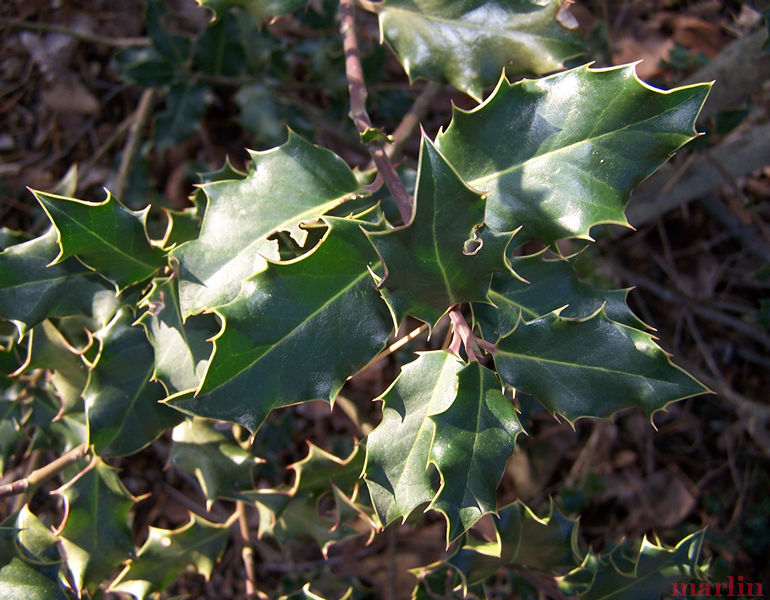 Family Aquifoliaceae – Holly & Winterberry. The use of Holly as a symbolic winter decoration goes back to the Celtic peoples of Northern Europe.

When the Pilgrims landed the week before Christmas in 1620 on the coast of what is now Massachusetts, the evergreen, prickly leaves and red berries of American holly reminded them of the English holly (Ilex aquifolium). The use of Holly as a symbolic winter decoration, with its shiny, prickly leaves and blood-red berries, goes back in history to the Celtic peoples of Northern Europe, who decorated their homes with it during the time of the winter solstice, or Yule. 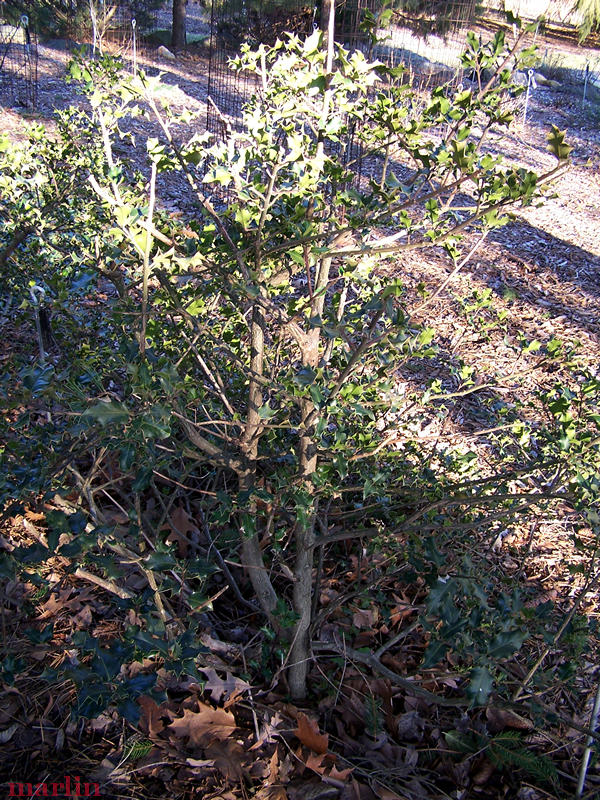 English holly (Ilex aquifolium), American holly (I. opaca) and winterberry (I. verticillata) are holly species having male and female flowers borne on separate plants (dioecious). Pollen transfer from a male to a female plant is known as cross-pollination, usually accomplished by insects including bees, wasps, ants, yellowjackets, and night-flying moths. If a holly plant fails to produce berries, it is either a male, or an unfertilized female plant. To insure good berry production, it is suggested at least one male plant for every three females be planted within 200 feet.

Because of a good taproot and a profilic lateral root system, young hollies can be transplanted without much difficulty. Transplanting should be done during the dormant season, usually November through March. Small plants may be dug bare-rooted if roots are kept moist, but larger plants should be balled and burlapped. When wild hollies are transplanted from the woods, tops should be severely pruned and most of the remaining leaves removed. Small trees should be allowed to flower before transplanting to ensure the selection of fruit-bearing individuals.

The greatest damage to holly trees is indiscriminate harvesting of foliage with berries for Christmas decorating. Before laws were passed in Maryland and Delaware to protect the holly, there was a “roadside” market for holly vandalized from trees that did not belong to harvesters. Trees were left mutilated and many died. Fire is another deadly enemy of American holly. Most commercial pine timberland is burned often enough to eliminate holly seedlings or sprouts, especially where livestock graze. Burning where hollies are in the midstory can seriously damage the bark and kill trees. Three annual fires in a southern pine forest reduced the number of fruit-producing holly trees by 95 percent [1].