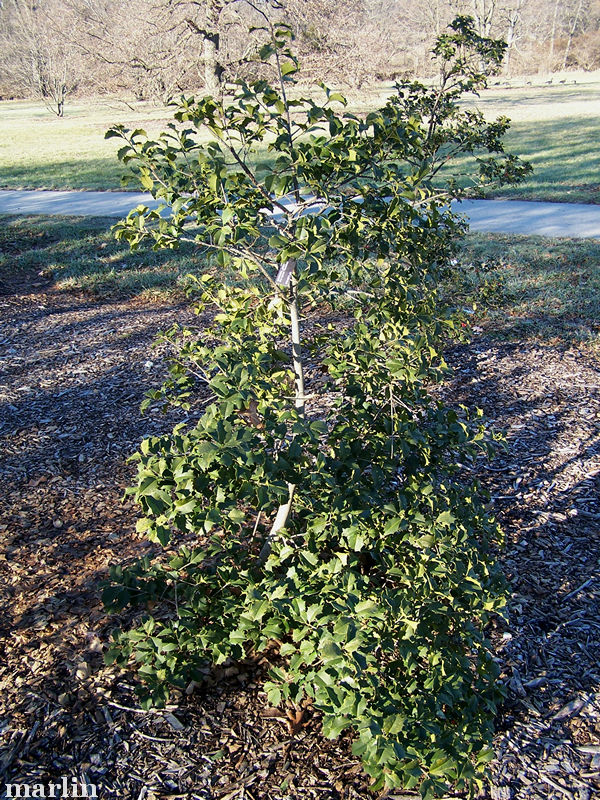 When the Pilgrims landed the week before Christmas in 1620 on the coast of what is now Massachusetts, the evergreen, prickly leaves and red berries of American holly reminded them of the English holly (Ilex aquifolium). The use of Holly as a symbolic winter decoration, with its shiny, prickly leaves and blood-red berries, goes back in history to the Celtic peoples of Northern Europe, who decorated their homes with it during the time of the winter solstice.

Since then, American holly, also called white holly or Christmas holly, has been one of the most valuable and popular trees in the Eastern United States for its foliage and berries, used for Christmas decorations, and for ornamental plantings. American holly is the hardiest known broadleaf evergreen tree, with cultivars naturalized in Ohio down to -20 degrees, and native populations in the mountains of West Virginia where the average low temperature is -10 degrees. Holly grows in almost any soil, from sandy Atlantic beaches to thin mountain soils, to dry gravelly soils inland. However, the largest holly trees are found in the rich bottom lands and swamps of the coastal plain in New Jersey.

The American holly cultivar ‘Carnival’ is touted as relatively fast-growing at a foot a year. I will revisit this plant at the Morton Arboretum over the years to document whether this proves true. As it stands, most of the hollies at the Morton do not appear well (these pictures were taken in 2007) and many appear to have leaf-miners and a generally sickly appearance. Photos are due to be updated in 2012 after the berries have set. 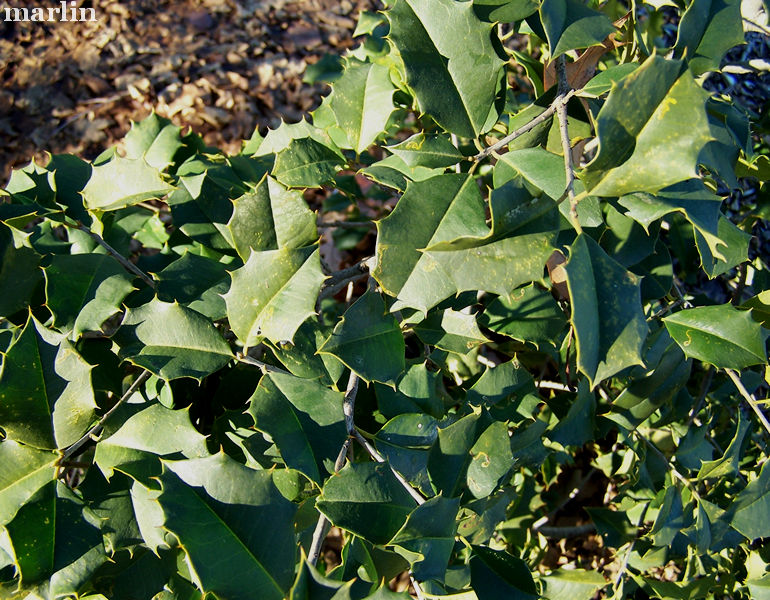 Because of a good taproot and a prolific lateral root system, young hollies can be transplanted without much difficulty. Transplanting should be done during the dormant season, usually November through March. Small plants may be dug bare-rooted if roots are kept moist, but larger plants should be balled and burlapped. When wild hollies are transplanted from the woods, tops should be severely pruned and most of the remaining leaves removed. Small trees should be allowed to flower before transplanting to ensure the selection of fruit-bearing individuals.

In years past, the indiscriminate harvesting of wild holly for Christmas decorations left many plants mutilated or dead.  Before laws were passed in Maryland and Delaware to protect the holly, there was a roadside market for holly stolen from trees that did not belong to the sellers [1].