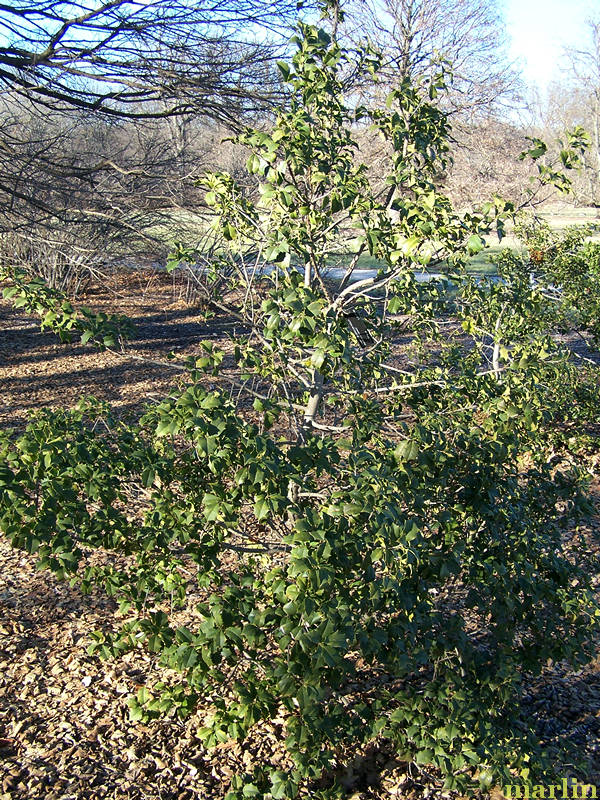 Canary Holly is well-known for its abundant production of yellow berries. Canary was developed in North Carolina in the 1930s and has proven hardy to USDA zone 5a, to -20 degrees F.  Canary holly likes slightly acidic, well-drained soil and full sun – although holly is an excellent understory tree and can tolerate shade, fruit production is inhibited.

American holly is the hardiest known broadleaf evergreen tree, with cultivars naturalized in Ohio down to -20 degrees, and native populations in the mountains of West Virginia where the average low temperature is -10 degrees. Holly grows in almost any soil, from sandy Atlantic beaches to thin mountain soils, to dry gravelly soils inland. However, the largest holly trees are found in the rich bottom lands and swamps of the coastal plain in New Jersey.

More than 1,000 cultivars of American holly have been named, although not all have been registered with the International Registration Authority. These do not necessarily represent different forms of Ilex opaca; many were selected because of unusual growth habit, fruit color, size or shape, or degree of leaf spininess [1].