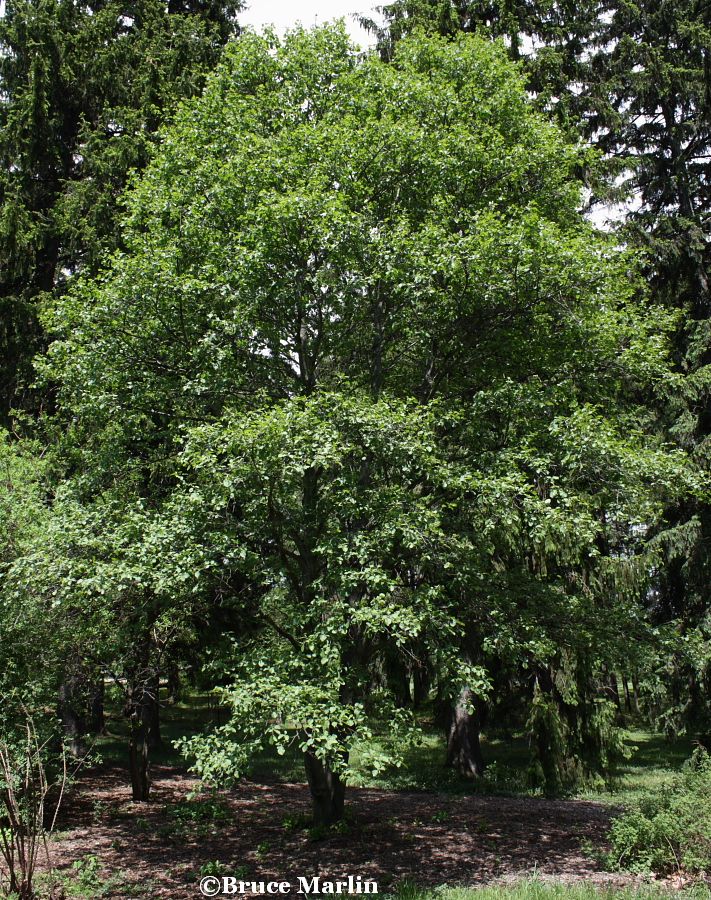 Also commonly called gray alder, this tree was started from seed 32 years ago

European Alder is adaptable to a wide range of favorable or harsh environmental conditions. It prefers moist to wet soils of variable pH that are rich and deep, but adapts to average or poor soils that are dry in summer. Growth is especially rapid in occasionally wet to permanently wet areas, such as floodplains , streambanks, and ditches.

Alder is particularly noted for its important symbiotic relationship with Frankia alni, actinomycete filamentous nitrogen-fixing bacterium. This bacterium is found in the root nodules, where it absorbs nitrogen from the air and makes it available to the tree. Alder, in turn, provides the bacterium with carbon, which it produces by scrubbing CO2 from the atmosphere through photosynthesis. As a result of this mutually-beneficial relationship, alder improves the fertility of the soils where it grows, and as a pioneer species, it helps provide additional nitrogen for the successional species which follow [3]. 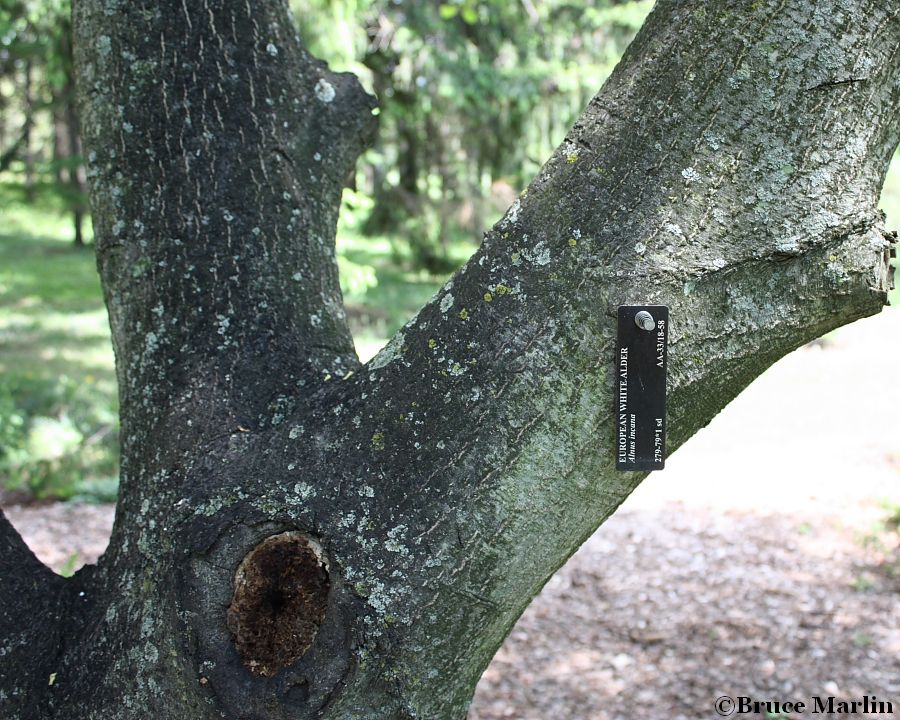 Fertilized female flowers become cone-like, green fruits by late spring, and as they grow throughout the summer, they often weigh down the branches that support them. In autumn, the seeds are released as the cones open and the remaining structures (called strobiles) persist on the twigs.