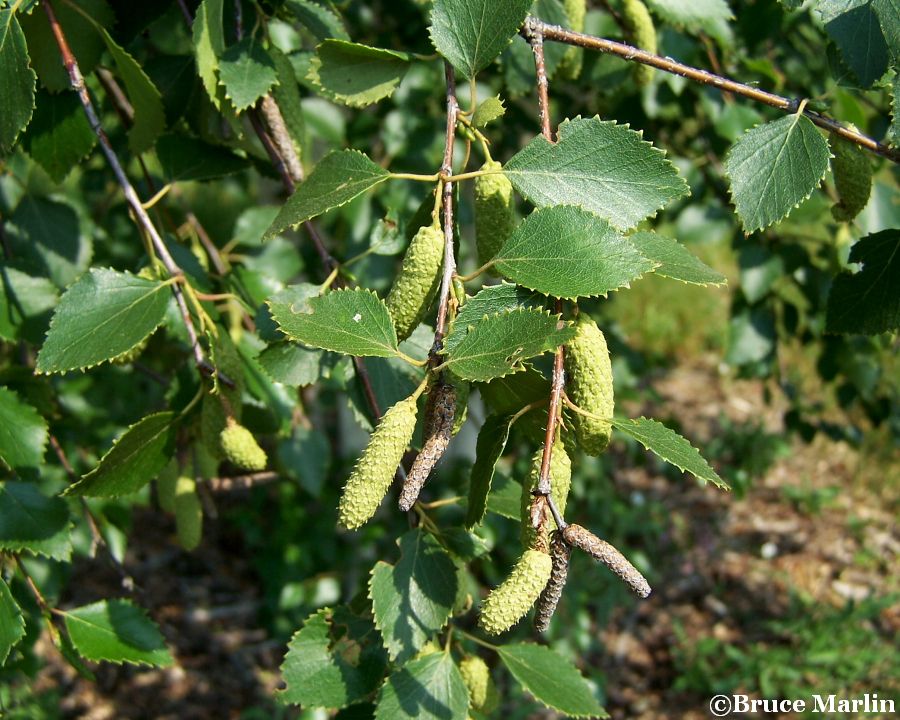 Downy Birch is a deciduous tree growing to 20 m, with a slender crown and a trunk up to 1 m diameter. Bark is smooth, dull grey, and finely marked with dark horizontal lenticels. The shoots are grey-brown and pubescent (downy). The leaves are ovate-acute, 2-5 cm long and 1.5-4.5 cm broad, with a finely serrated margin. The flowers are wind pollinated catkins, produced in early spring before the leaves. Fruit is a pendulous cylindrical aggregate 1-4 cm long and 5-7 mm diameter, which disintegrates at maturity releasing the individual seeds; these are 2 mm long with two small wings along the side. 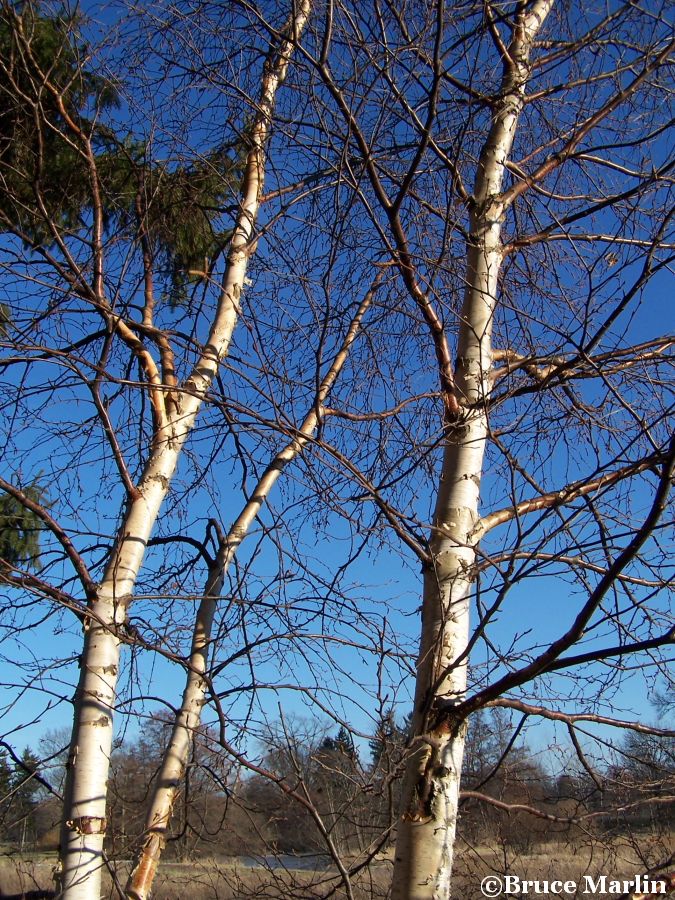 Downy Birch extends farther north than any other broadleaf tree

Closely related and often confused with the Silver Birch (B. pendula). Many North American texts treat the two species as conspecific (and cause confusion by combining the Downy Birch’s alternative vernacular name ‘White Birch’, with the scientific name B. pendula of the other species), but they are regarded as distinct species throughout Europe. 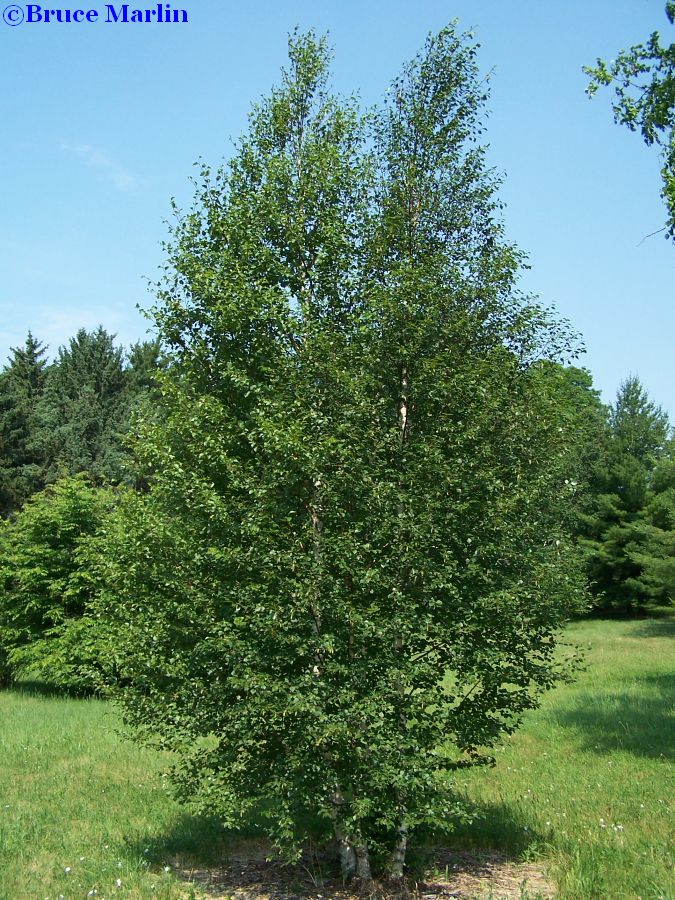 Downy Birch extends farther north into the Arctic than any other broadleaf tree. Specimens of the subarctic populations are usually small and very contorted, and are often distinguished as Arctic Downy Birch, Betula pubescens subsp. tortuosa. This subspecies is notable as being the only tree native to Iceland and to Greenland, where large specimens can reach 5-6 m tall. [2]