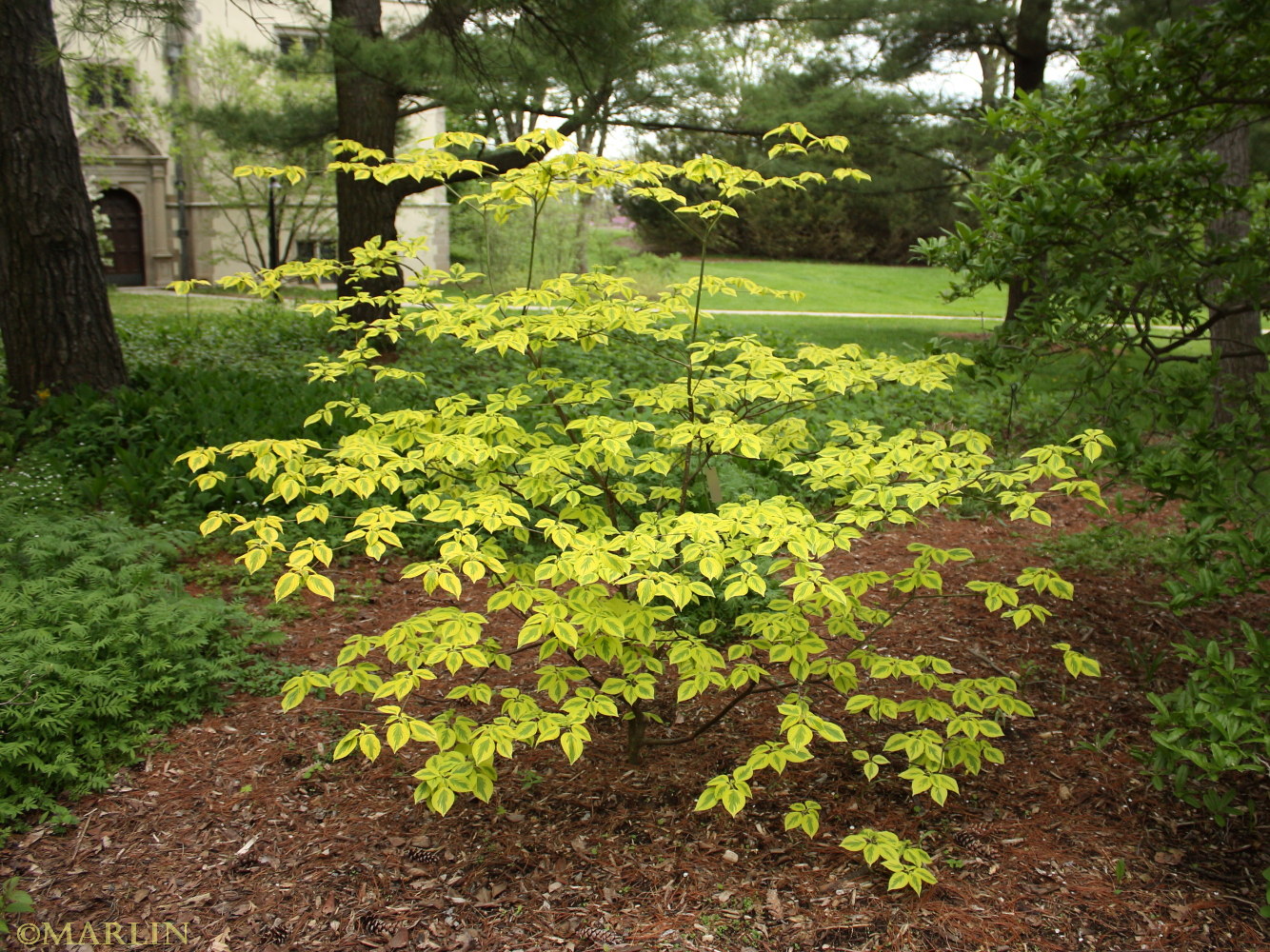 Pagoda dogwood is native to eastern North America, from Newfoundland west to southern Manitoba and Minnesota, and south to northern Florida and Mississippi.

A small deciduous tree growing to 25 feet, with a trunk up to 6 inches diameter. The branches develop in flat layers separated by gaps. Its leaves are elliptic to ovate and grow to 2-5 inches long and 1-2 inches broad, arranged alternately on the stems, not in opposite pairs typical of the majority of Cornus species, the leaves are most often arranged in crowded clusters around the ends of the twigs and appear almost whorled. 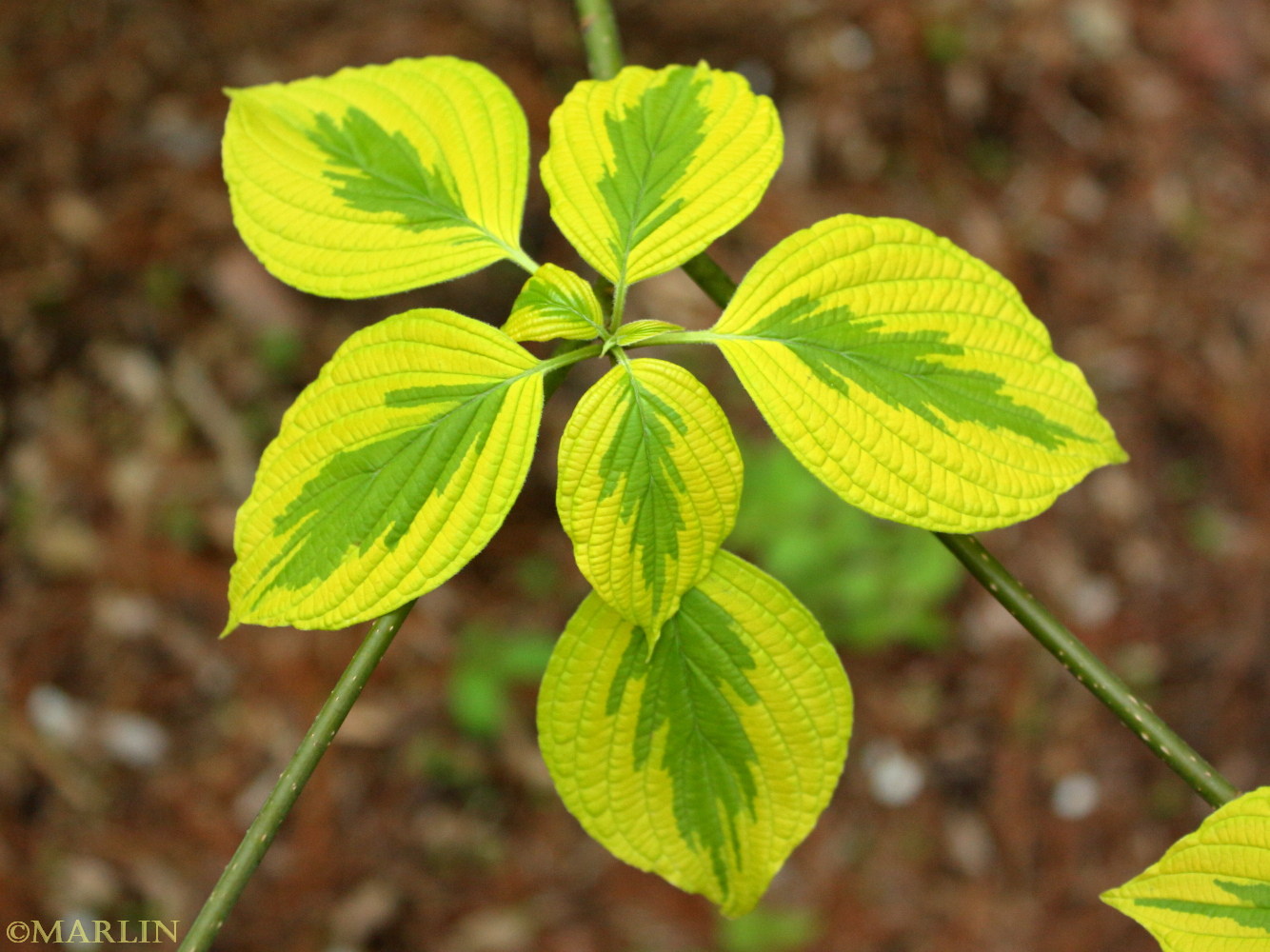 The topside of the leaves are embossed green and yellow, while the undersides are hairy and a bluish color. Its bark is colored gray to brown. It becomes ridged as it ages. Cornus alternifolia produces small cream colored flowers with four small petals. The flowers are grouped into cymes, with the inflorescences 2-5 inches across. It bears fruit similar to berries with a blackish blue color. These fruits grow 3-4 inches across. — from Wikipedia 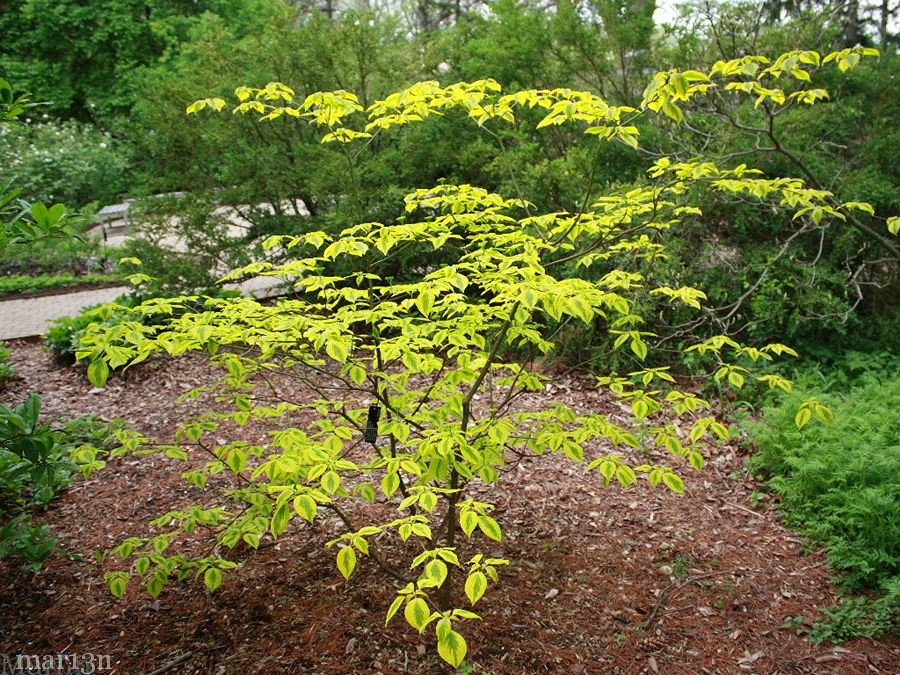 The composition of the family Cornaceae has been a matter of much controversy among taxonomists for many years. Many sources, i.e. Flora of China treats the family as consisting of a single genus, Cornus, [1] while others include 17 or more genera. Cornus L. sensu lato consists of 55 species that are mostly trees and shrubs and rarely perennial herbs with woody rhizomes [2].

The hard wood of several species of Cornus is used for making farming tools. The fruit of some species is used for food or as a source of industrial oil. Cornus mas Linnaeus is cultivated in China for medicinal uses. Many species are widely cultivated as ornamentals, e.g., C. alba, C. canadensis, C. controversa, C. florida Linnaeus, C. kousa, C. mas, C. nuttallii Audubon, and C. stolonifera. [1]