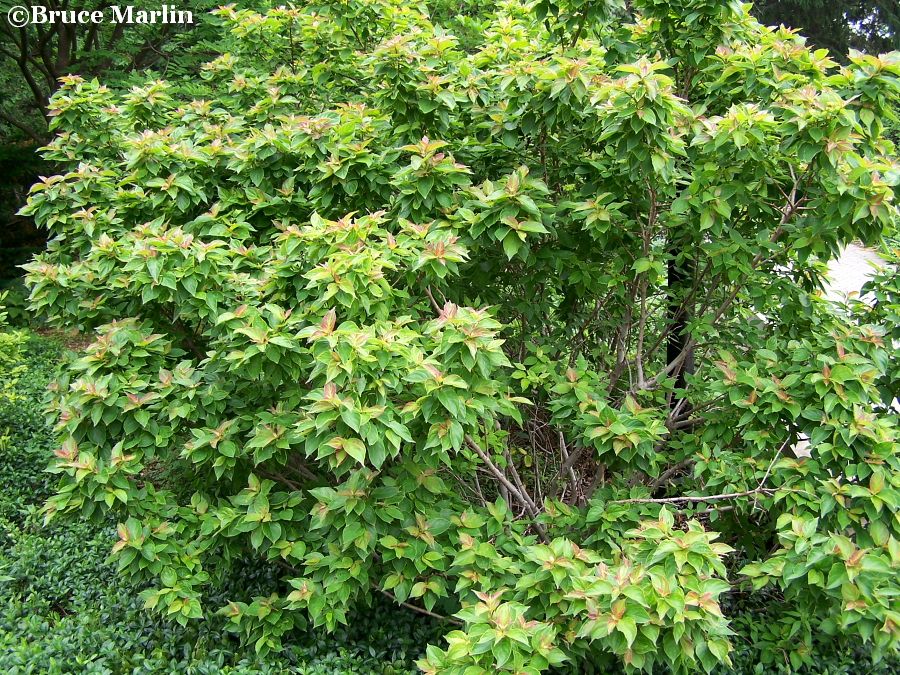 Dwarf dogwood is also commonly known as bunchberry or bunchberry dogwood. Dwarf dogwood is native to a broad area extending west from extreme southern Greenland across North America in boreal Canada and the northern tier of the United States (south down the Rocky Mountains into Colorado and New Mexico), across Alaska to northeastern Asia. It thrives in moist well-drained soils of forests and forest edges. In some places it is the dominant ground cover of the forest floor, in other places it can carpet stumps and fallen logs. 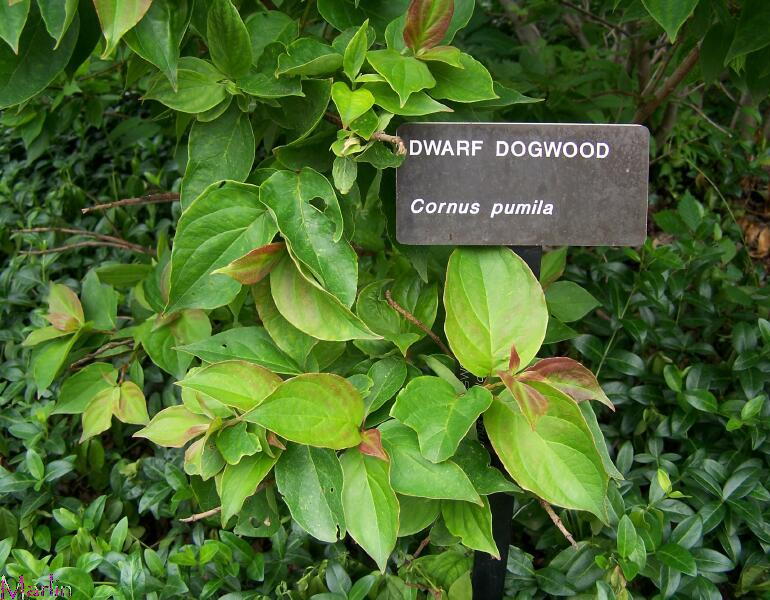 The erect flowering stems are generally 4-8 inches tall. The form of dwarf dogwoodâ€™s inflorescence, leaf shape and leaf venation are very similar to its relative, the flowering dogwood tree. The flowering stems emerge from the creeping underground stem late in the spring. Leaves unfold into a whorl of four to six leaves; above these leaves the inflorescence opens and flowers bloom from May through early July.

The flowers of dwarf dogwood are somewhat deceptive. The four white petals are actually modified leaves (bracts) resembling flower petals. Clustered in the center of these four white to pinkish petal-like bracts are the numerous tiny white to greenish to purplish flowers of the dwarf dogwood. Flowers are pollinated by various flies and bees, which are attracted by the bright white petal-like bracts.

The hard wood of several species of Cornus is used for making farming tools. The fruit of some species is used for food or as a source of industrial oil. Cornus mas Linnaeus is cultivated in China for medicinal uses. Many species are widely cultivated as ornamentals, e.g., C. alba, C. canadensis, C. controversa, C. florida Linnaeus, C. kousa, C. mas, C. nuttallii Audubon, and C. stolonifera. [1]