The Norway Maple is considered an invasive species in North America.  USDA zones: 3B through 7 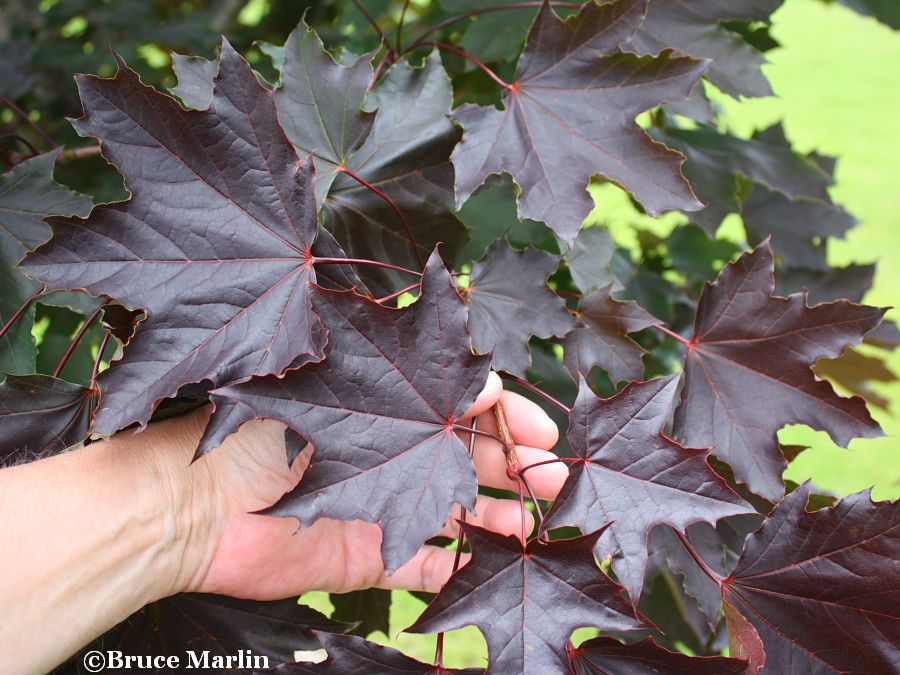 ˜Crimson King” Norway maple grows to a height of 50 feet spreading about 25 to 30 feet and is quite popular for its purple-green foliage throughout the summer. Leaves turn brown, dark maroon or bronze in the fall before dropping. The oval to rounded crown fills with maroon-yellow flowers in the spring. Crimson King’s dense shade and shallow root system compete with lawn grasses, and the shallow roots can make mowing under the tree difficult. 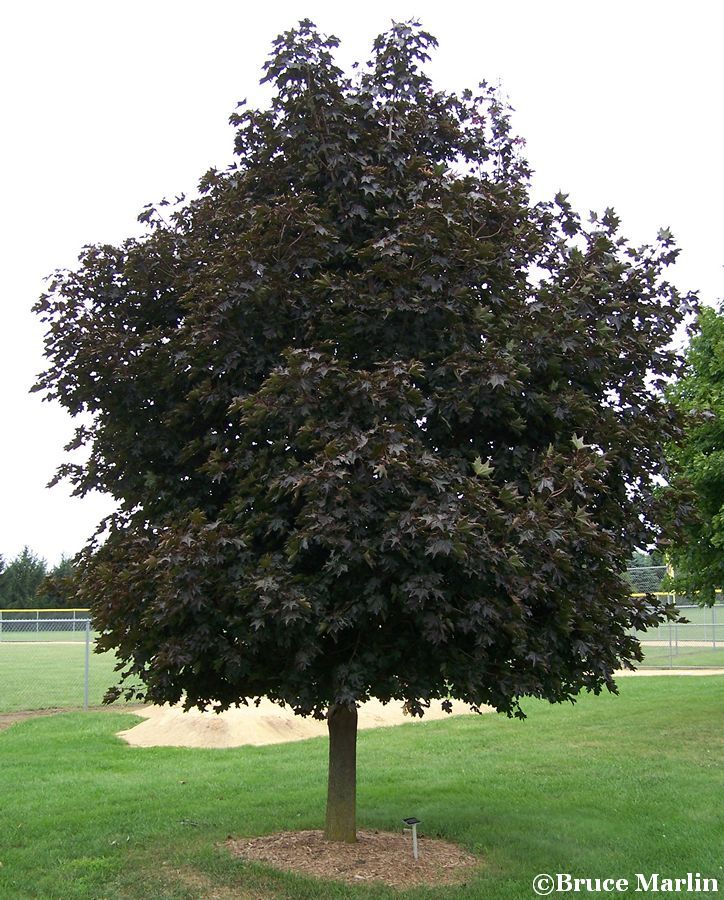 A stunning, dark-red tree with a leaf shape like its cousin the sugar maple. Unlike the sugar maple, Norway maple leaves have a milky sap when broken, and their fall color is limited to yellow (except for the maroon-leaved varieties like Crimson King). Native to Europe, this tree was introduced in Philadelphia in 1792 as an ornamental street tree. Today, it is the most commonly planted street tree in the U.S. It spreads by prolific production of wind-borne, two-winged seeds. It is easily established in open woodlands and fields. Shade tolerant and an efficient user of water and nutrients, it can outcompete native sugar maple and beech. Its dense canopy limits understory herbaceous growth. 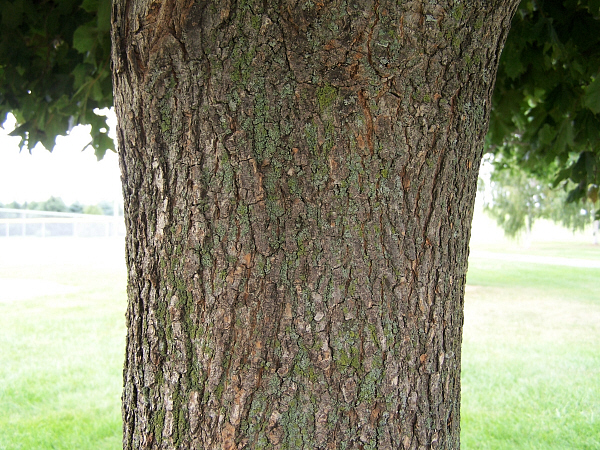 Family Aceraceae – Maples
The Maples are some of our most familiar and beloved trees.  Most are native to the far east: China, Japan, Korea, Manchuria. Maples produce a distinctive winged fruit called a samara, also commonly known as helicopters or whirlybirds.
Tree Encyclopedia | Tree Index | Maple Index