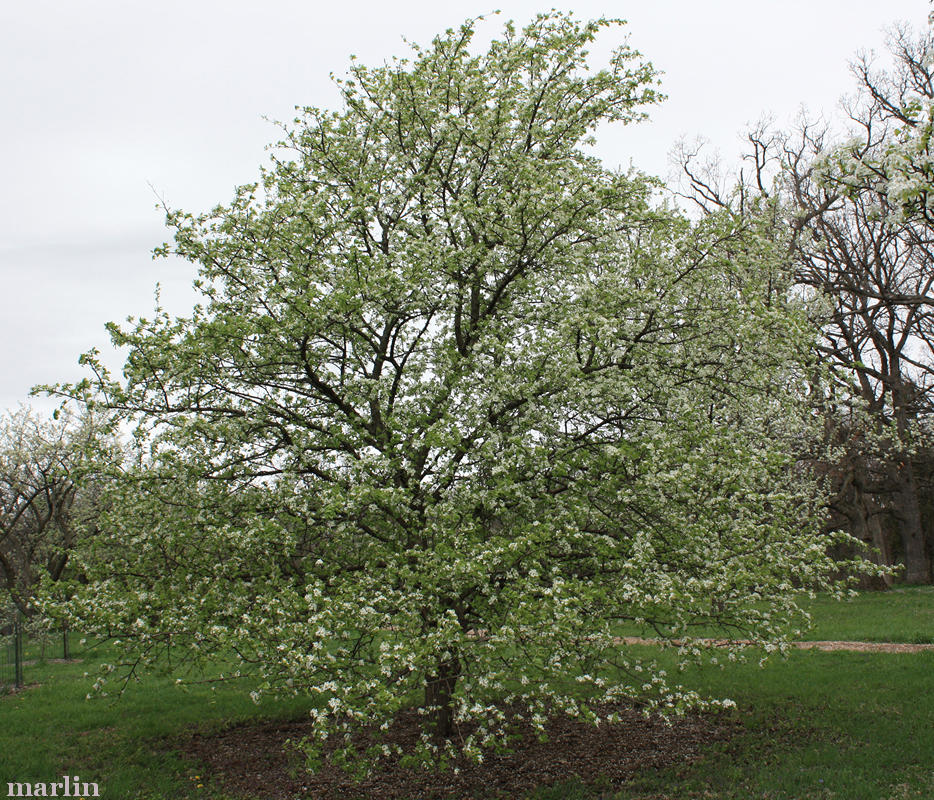 Common Pear is a large ornamental growing quickly to 35 to 50 feet in height and 1 to 1½ feet in trunk diameter. It takes on an upright, pyramidal form when young, becoming more oval and spreading with age. It grows best in full sun but will tolerate partial shade. Likes moist and well-drained soil but is easily adapted to various stressors, including acidic and alkaline Ph, restricted growth space, pollution, drought, and pruning. 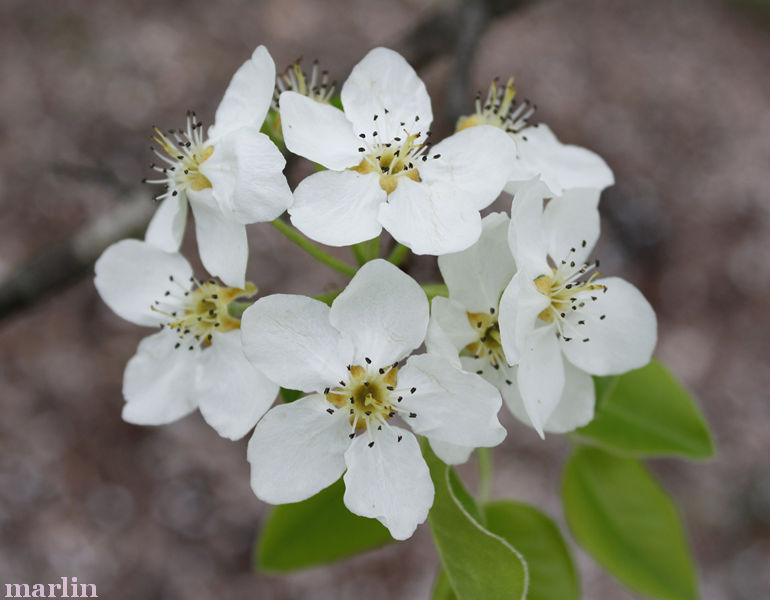 Flowers in spring are showy, white inflorescences. Foliage is green to dark green, alternate, ovate to orbicular, fluttering. Fall color is variable and generally not showy, ranging from purple, orange, yellow to red. Color does not develop until late season, November and December.

Pear has fine-grained wood “pink to yellow” in tone. It is prized for woodwind instruments and its veneer is used for fine furniture. Pear has one of the finest of textures of the fruitwoods, and was often used in making instruments such as lutes, recorders and – because of its hardness – the jacks of harpsichords. 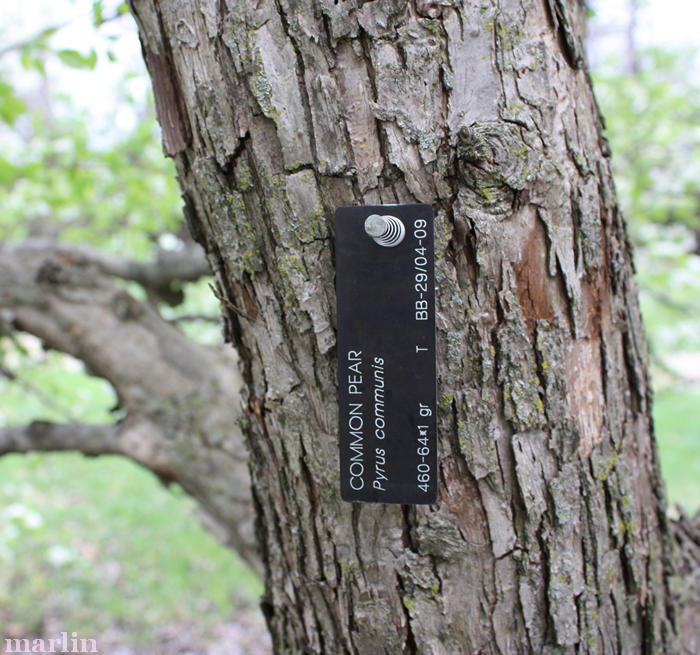 The cultivation of the pear extends to the remotest antiquity. Traces of pearwood have been found in ancient Swiss lake-dwellings; it is mentioned in the oldest Greek writings, and was cultivated by the Romans. The word “pear” or its equivalent occurs in all the Celtic languages, while in Slavonic and other dialects different appellations, but still referring to the same thing, are found diversity and multiplicity of nomenclature which led Alphonse de Candolle to infer a very ancient cultivation of the tree from the shores of the Caspian to those of the Atlantic.

A certain race of pears, with white down on the under surface of their leaves, is supposed to have originated from P. nivalis, and their fruit is chiefly used in France in the manufacture of cider. Other small-fruited pears, distinguished by their precocity and apple-like fruit, may be referred to P. cordata, a species found wild in western France, and in Devonshire and Cornwall. Pears have been cultivated in China for approximately 3000 years [3].