Chenmou Elm is a small deciduous tree native to Anhui and Jiangsu provinces in eastern China, where it is found at elevations below 200 m on the Langya Shan and Baohua Shan mountains . Growing to a height of 20 m, its slender trunk rarely exceeds 0.5 m in diameter. The bark exfoliates in irregular flakes. Its wing-less twigs bear comparatively large obovate to oblong leaves up to 18 cm in length [1]. The wind-pollinated petal-less flowers are produced on second-year shoots in March; the samarae are obovate < 25 mm long by 17 mm wide and ripen in April.

The tree is rare in cultivation in the West, but was evaluated by Mittempergher in Italy, who found it to have a low susceptibility to Dutch elm disease and elm leaf beetle. It also featured in elm trials conducted by the Institut Nationale de la Recherche Agronomique (INRA) on gravelly soils in the Bois de Vincennes, Paris, but most specimens were killed by drought. 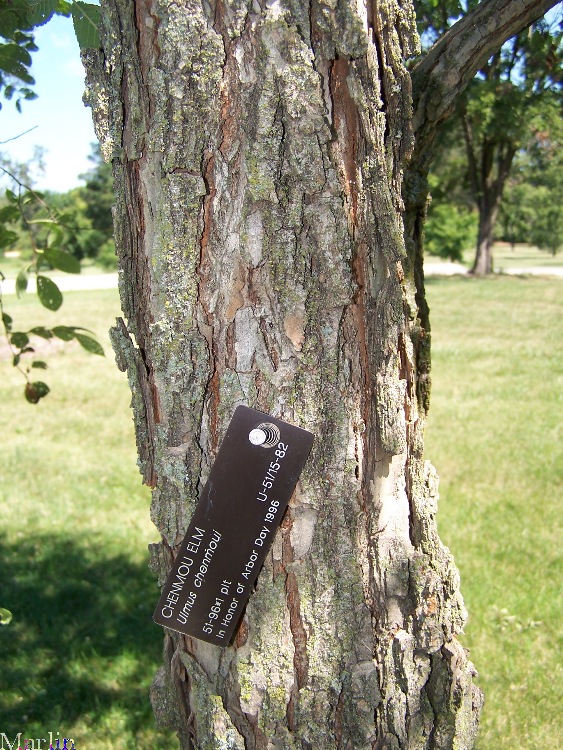