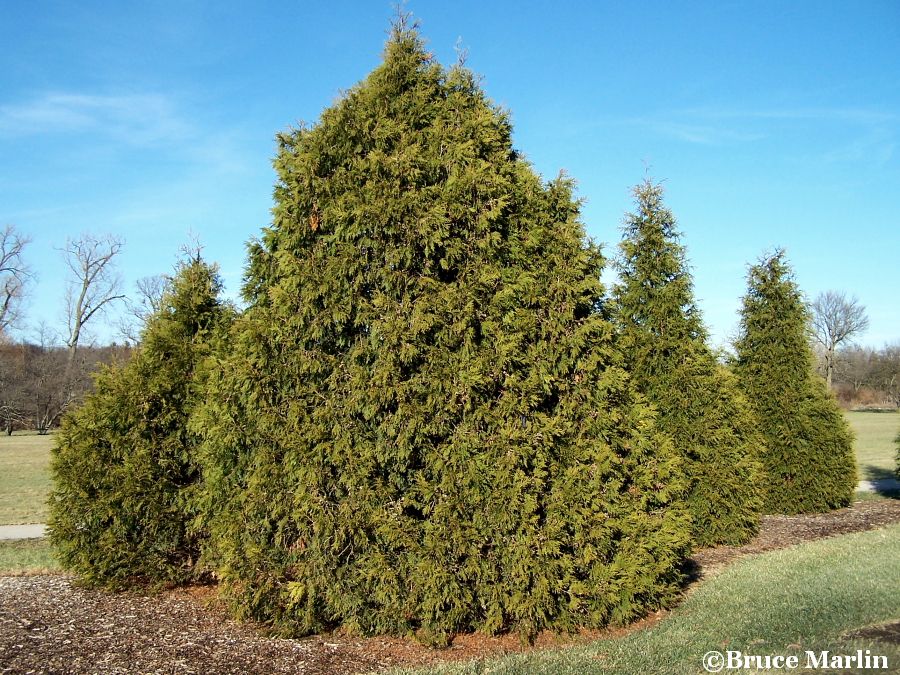 Trees or shrubs in the genus Thuja in the cypress family Cupressaceae are commonly known as Arborvitae, and sometimes “cedar”, although they are not cedars. There are five species in the genus, two native to North America and three native to eastern Asia.

Evergreen, coniferous trees growing to 10â€“60 m tall, with stringy-textured reddish-brown bark. The shoots are flat, with side shoots only in a single plane. The leaves are scale-like 1â€“10 mm long, except young seedlings in their first year, which have needle-like leaves. The scale leaves are arranged in alternating decussate pairs in four rows along the twigs. The male cones are small, inconspicuous, and are located at the tips of the twigs. The female cones start out similarly inconspicuous, but grow to about 1-2 cm long at maturity when 6â€“8 months old; they have 6-12 overlapping, thin, leathery scales, each scale bearing 1â€“2 small seeds with a pair of narrow lateral wings. 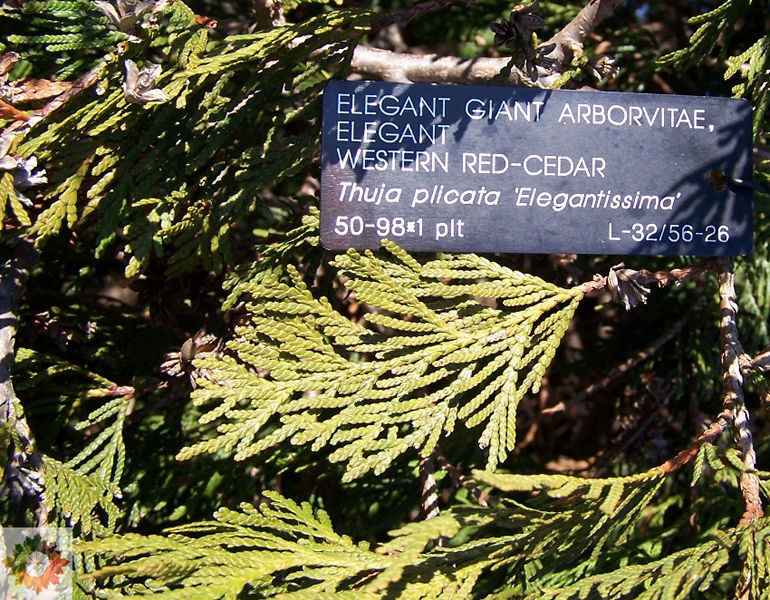 Family Cupressaceae – Redwood, Cypress, Arborvitae, Juniper
There are thirty genera and 142 species in the family Cupressaceae, now widely regarded as including the Taxodiaceae, previously treated as a family. The Cupressaceae are found in the fossil record as far back as the Jurassic Period, about 210 million years ago. Tree Encyclopedia | Trees Index