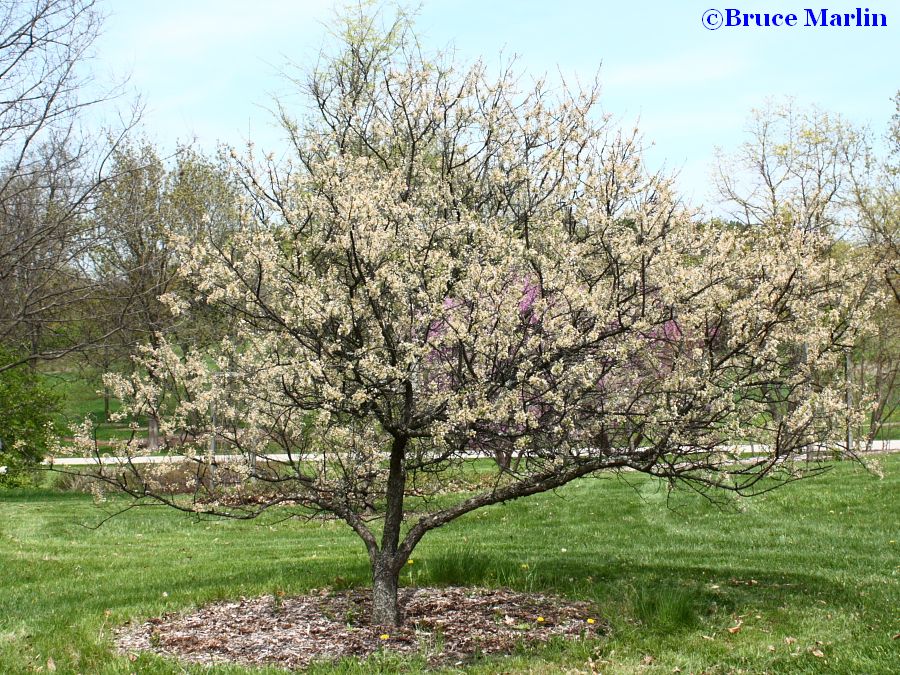 American Plum in bloom May 8th, near Chicago

American plum is a native, deciduous, sometimes thicket-forming, erect shrub or small tree. The growth habit of this species can vary considerably; plants range from shrubs approximately 3 feet (1 m) in height to arborescent individuals growing up to 32.8 feet (10 m). On the Great Plains this species typically grows from 9.8 to 26.2 feet (3 to 8 m) tall and is rarely treelike. In Utah, American plum forms thickets reaching heights of up to 16.4 feet (5 m), and treelike individuals are uncommon. 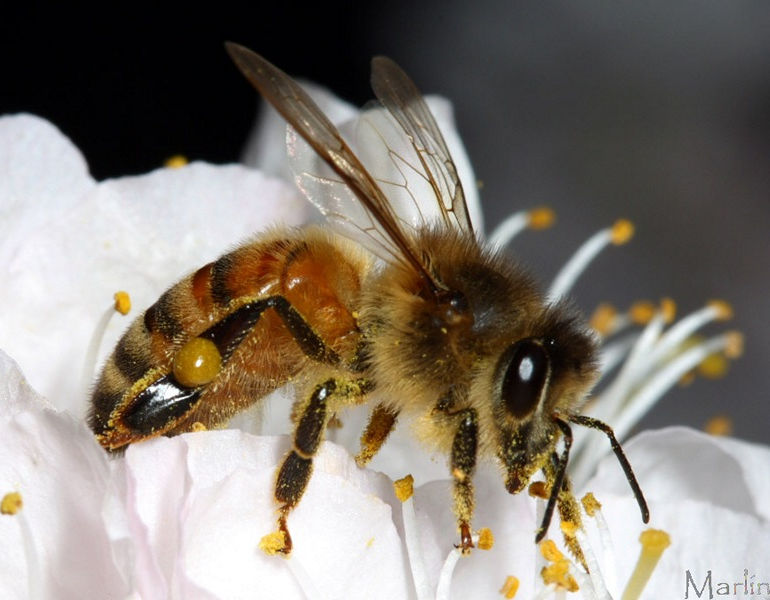 American plum is distributed throughout much of northeastern Canada and a major portion of the United States, although it is less common west of the Great Plains. This native plum occurs from Massachusetts west to Manitoba and western Montana, south through the Rocky Mountains to New Mexico and Arizona, and eastward to northwestern Florida.