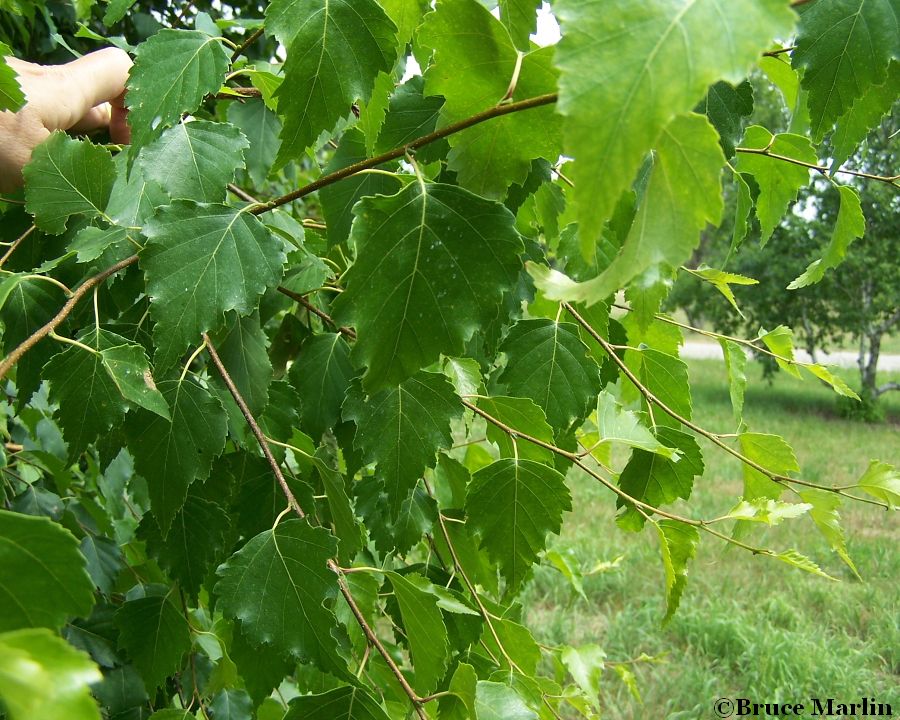 European White Birch is a medium-sized deciduous tree. The pyramidal shape of the crown becomes rounded with a graceful, somewhat pendulous branching habit, and grows to a height of 40 to 50 feet and width of 10 to 20 feet. Young twigs are thin and usually pendulous. Simple, alternate leaves are broadly ovate, sometimes rhomboidal to diamond shaped, wedge-shaped or truncate at base, 1 to 3 inches long, coarsely doubly serrate, slender tapered at apex, dotted with glands on both surfaces and yellow to yellow green in fall. Flowers are tightly packed in catkins found at the end of the branchlets. 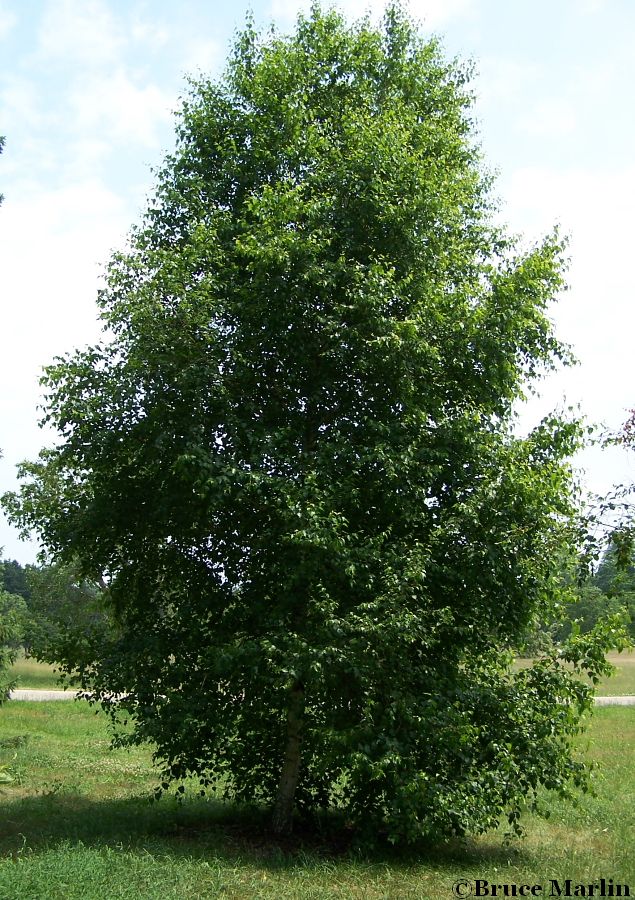 This tree was started from seed 13 years ago

Habitat: Environmental condition that seem to favor establishment and growth include 1) an available seed source from planted or escaped specimens, 2) sunny conditions, at least initially, 3) disturbed soil surfaces, and 4) acidic, nutrient-poor soils. It can be found in disturbed quarries, bogs, and wetlands. 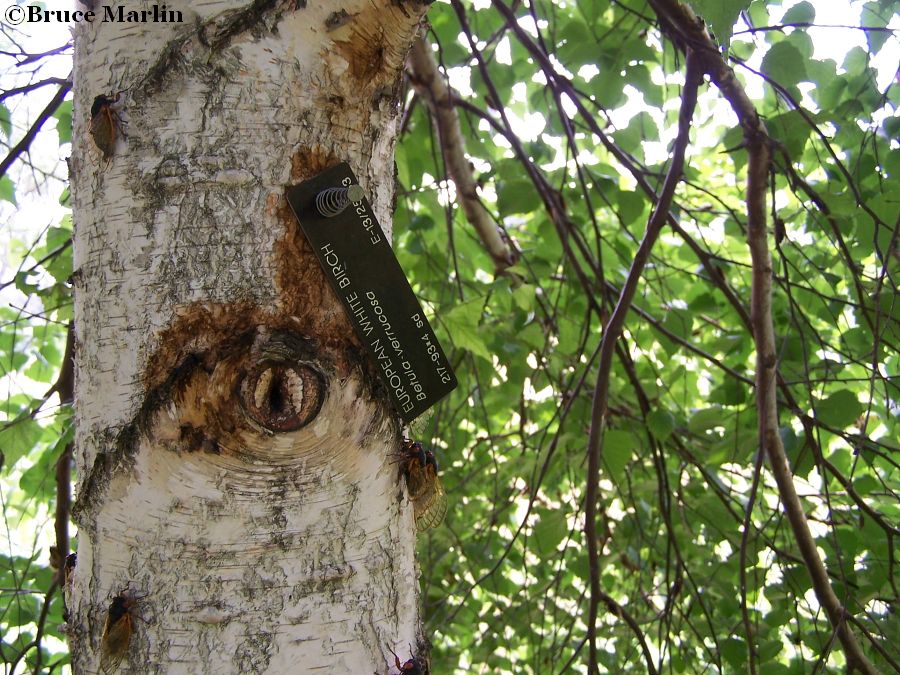 Distribution: This species is reported from states shaded on Plants Database map. It is reported invasive in KY, MD, WA, and WI. Ecological Impacts: Escaped populations of European white birch tend to be relatively uncommon, and little is known about the ecological impacts of the species in North America. At one Long Island site the species has become a co-dominant forest tree, and is reproducing via seed. In southeastern Massachusetts the tree has colonized forest openings where it may be competing with its native congener, gray birch. In eastern Kentucky it has been planted on strip mines and in some cases become invasive. It can compete with native plant species for available resources.

Control and Management: The practice of keeping birch trees as “leave trees” during logging should be discouraged. Manual- Girdle trees- remove bark and phloem layer from 4 inch band around trunk; sheer- cut stems with shears or chain saws then apply herbicides because cut stems tend to sprout new stems from the cut base. Chemical- It can be effectively controlled using any of several readily available general use herbicides such as triclophr. There are many possible ways to apply such herbicides, e.g., on foliage, on cut stems, as an injection, or as a basal spray directed to the bark of uncut stems. Repeat applications may be necessary to reduce densities. Follow label and state requirements. Managers should evaluate the specific circumstances of each infestation, seek professional advice and guidance if necessary, and use the herbicide in a manner that is consistent with the product label and other state requirements.