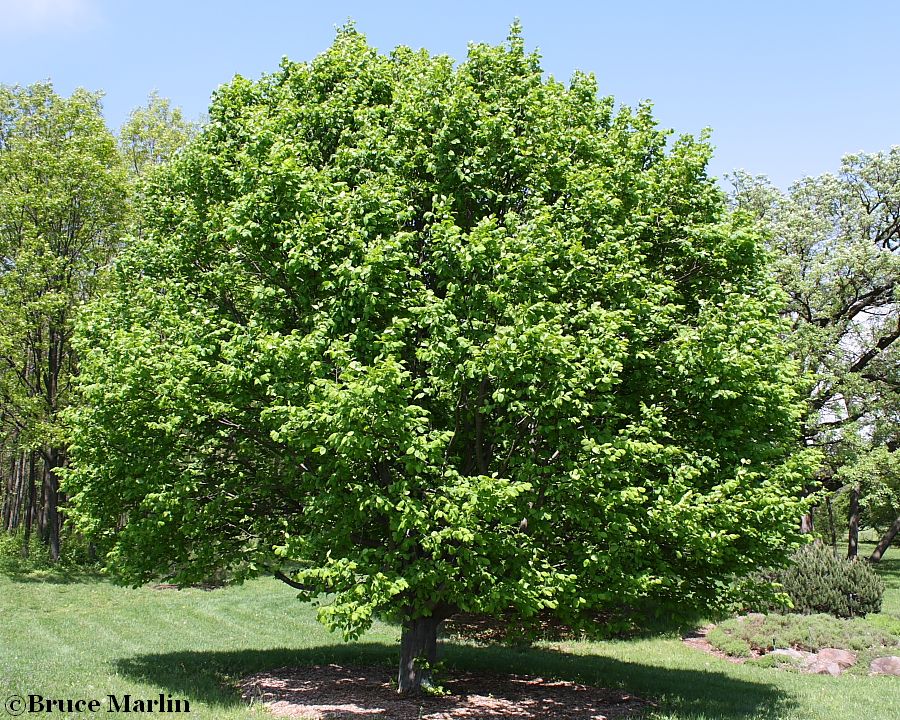 This European Hornbeam was started from seed 27 years ago

European hornbeam has a nice rounded form and dense foliage that makes it an excellent choice for an ornamental or specimen planting. Native to Europe and Asia Minor, this sun-lover is hardy to zone 4 [3] in a variety of soil types as long as they are well-drained. Grows to about 40 feet in cultivation, with an equal spread. Can be trained as a hedge or windbreak. It was and is the plant of choice for clipped screens and hedges in English and early American gardens.

Hornbeam wood is very close-grained, hard and dense, lending the genus its common name ironwood. Due to the small stature of the plant, the wood is rarely economically harvested or converted to sawn products. Hornbeams are very cold-hardy, and the American hornbeam is practically impervious to frost damage. Hornbeam seeds, buds, and catkins are eaten by a number of songbirds as well as ruffed grouse, ring-necked pheasant, wild turkey, and red a gray squirrels [3]. 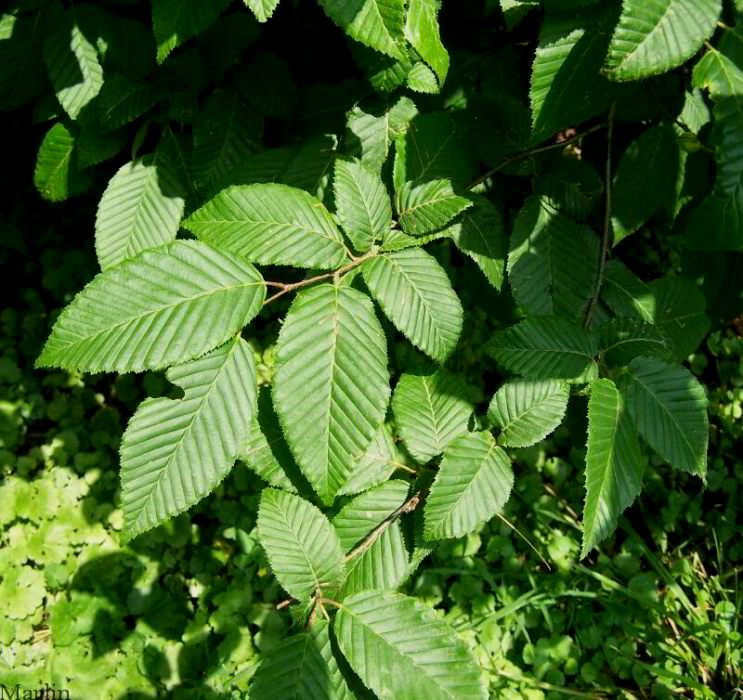 With the exception of the Japanese Beetle, there are few insects that attack European hornbeam. Maple phenacoccus forms white cottony masses on the undersides of the leaves, and two-lined chestnut borer can cause dieback.

Diseases: None are normally very serious. Several fungi cause leaf spots on Hornbeam. Leaf spots are not serious so control measures are usually not needed. Canker caused by several fungi causes infected branches to dieback and entire trees die if the trunk is infected and girdled. Severely infected trees cannot be saved but infected branches are pruned out. Powdery mildew can cause a white powdery growth on the leaves, but the disease is not common on Carpinus.