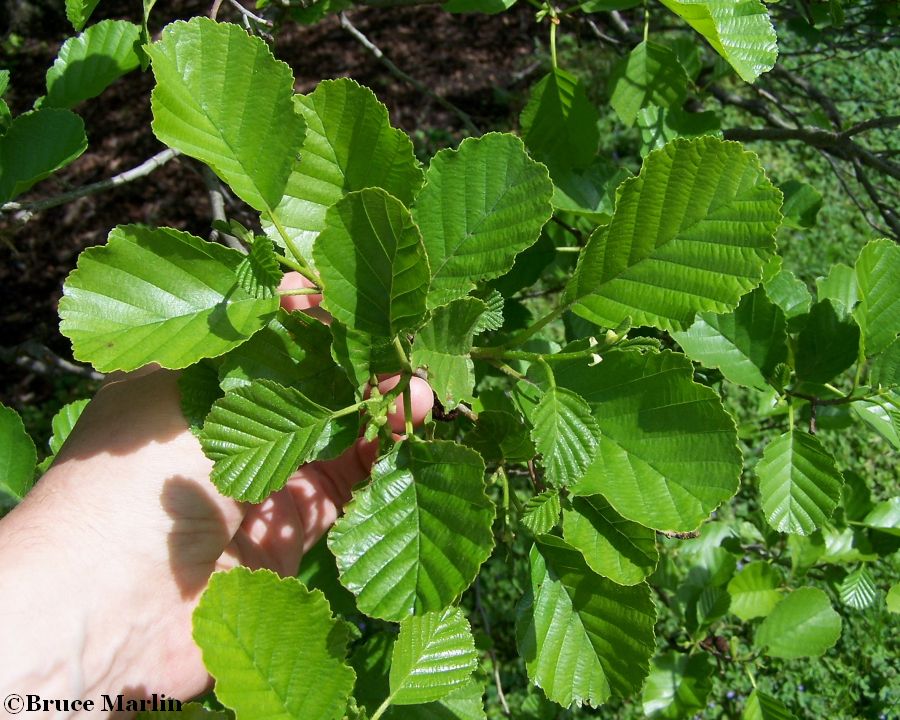 European Black Alder, a native of Europe, northern Africa, and western Asia was introduced to North America long ago, and has escaped from cultivation. It is often seen along bodies of water, where it may successfully self-sow and form pure stands. Today, it is grown as a shade tree in urban areas, or at wet sites (ponds, creeks, drainage ditches, etc.) where it thrives and provides both erosion control and ornamental appeal. 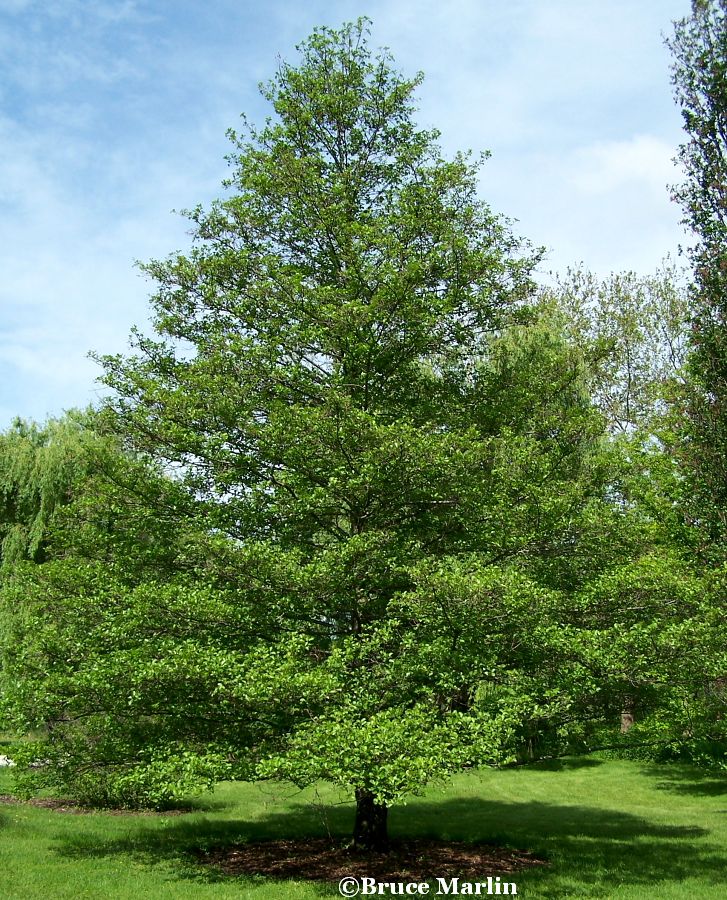 This European Black Alder was started from seed 25 years ago

Alders have formed a symbiotic relationship with nitrogen-fixing bacteria in the genus Frankia. Nodules formed by Frankia on alders are huge and elaborate, as large as a human fist, with many small lobes. This circumstance puts alders in the happy company of plants (including, most notably, the legumes) able to harness atmospheric nitrogen for their own growth. [2] 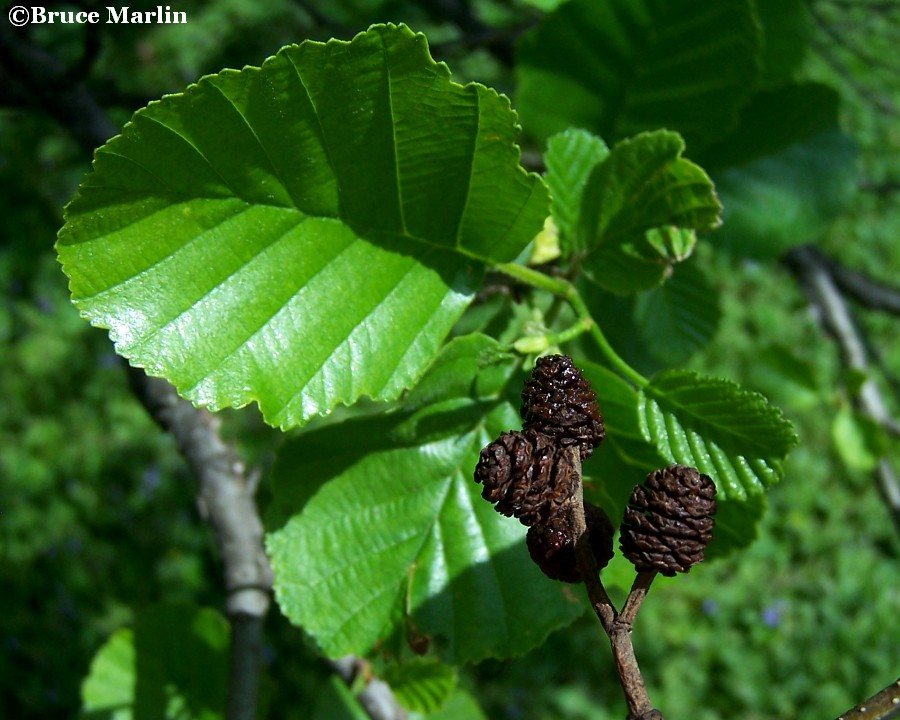