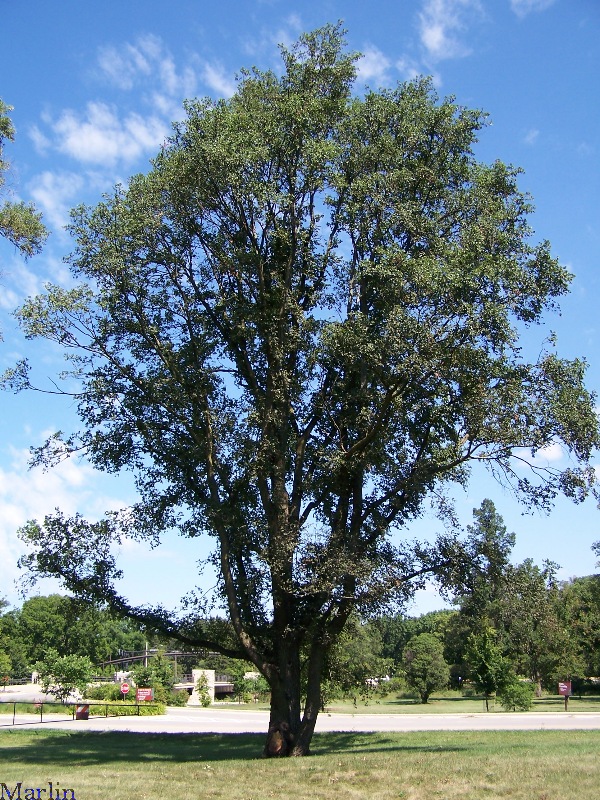 Ulmus procera, the English Elm or Atinian Elm was, before the advent of Dutch elm disease, one of the largest and fastest-growing deciduous trees in Europe, often exceeding 40 m in height with a trunk up to 2 m in diameter. The largest specimen ever recorded in England, at Forthampton Court, near Tewkesbury, was 46 m tall (Elwes & Henry, 1913). The leaves are dark green, almost orbicular, < 10 cm long, without the pronounced acuminate tip at the apex typical of the genus. Wind-pollinated, the small, reddish-purple flowers are without petals, and appear in early spring before the leaves. The tree does not produce fertile seed, and propagation is entirely by root suckers. 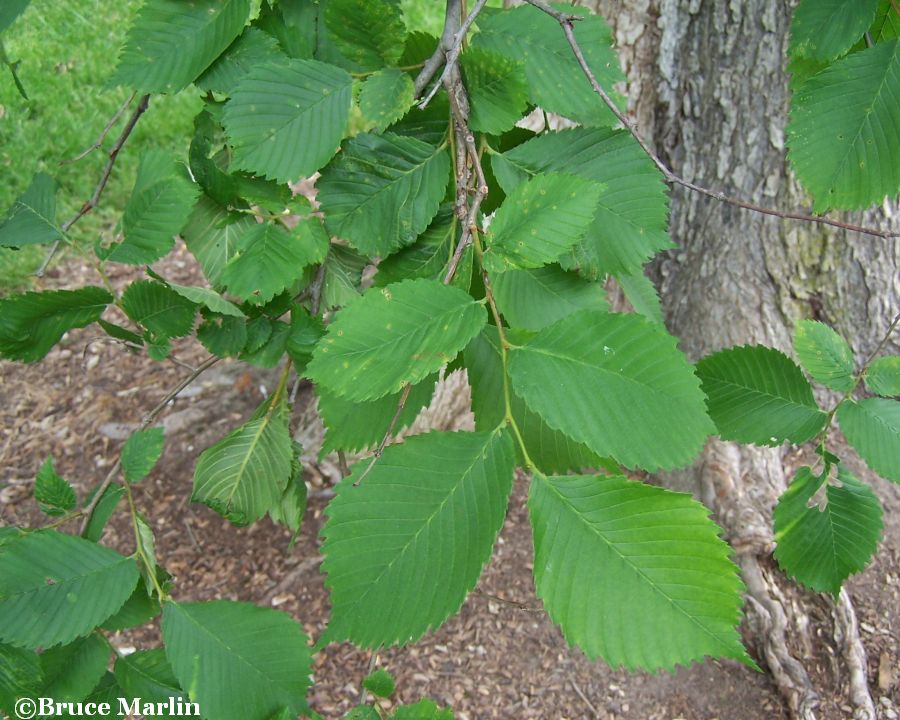 A survey of genetic diversity in Spain, Italy and the UK revealed that the English Elms are genetically identical, clones of a single tree, the Atinian Elm once widely used for training vines. although there is no record of its introduction to Britain, it probably arrived with the Romans, a hypothesis supported by the discovery of pollen in an excavated Roman vineyard. The introduction of the tree to Spain from Italy is recorded by the Roman agronomist Columella in his treatise De Re Rustica, written circa AD 50, meanwhile, research has also identified it as the elm grown in the vineyards of the Valais, Switzerland. 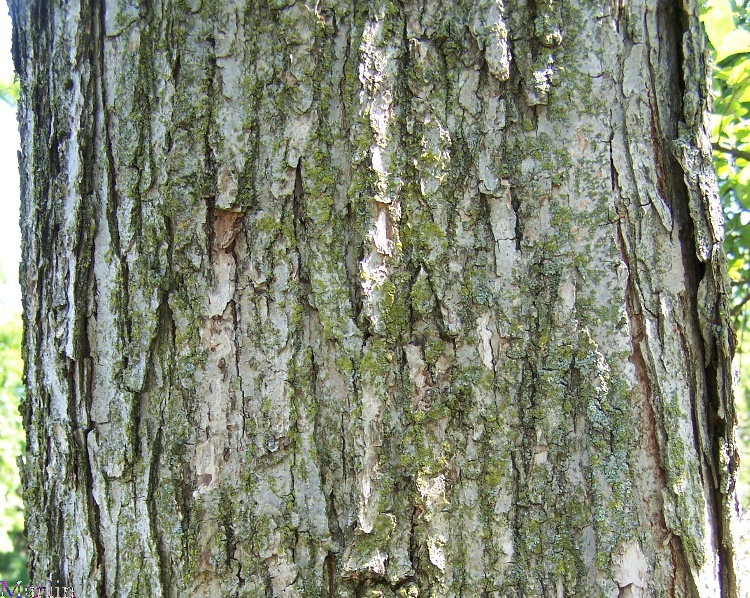 “Its true value as a landscape tree may be best estimated by looking down from an eminence in almost any part of the valley of the Thames, or of the Severn below Worcester, during the latter half of November, when the bright golden color of the lines of elms in the hedgerows is one of the most striking scenes that England can produce.” [Elwes & Henry, 1913].

Family Ulmaceae – Zelkovas, Hackberries and Elms
There are about 200 species of trees and shrubs in Ulmaceae. Elms fell victim to Dutch Elm disease during the 1950s; until that time, they were the premier shade tree along the streets of our American towns and cities. The Morton Arboretum in past years has bred and marketed five new elm varieties resistant to Dutch elm disease.  Insects & Spiders Home | Elm Index | Tree Encyclopedia | Trees Index