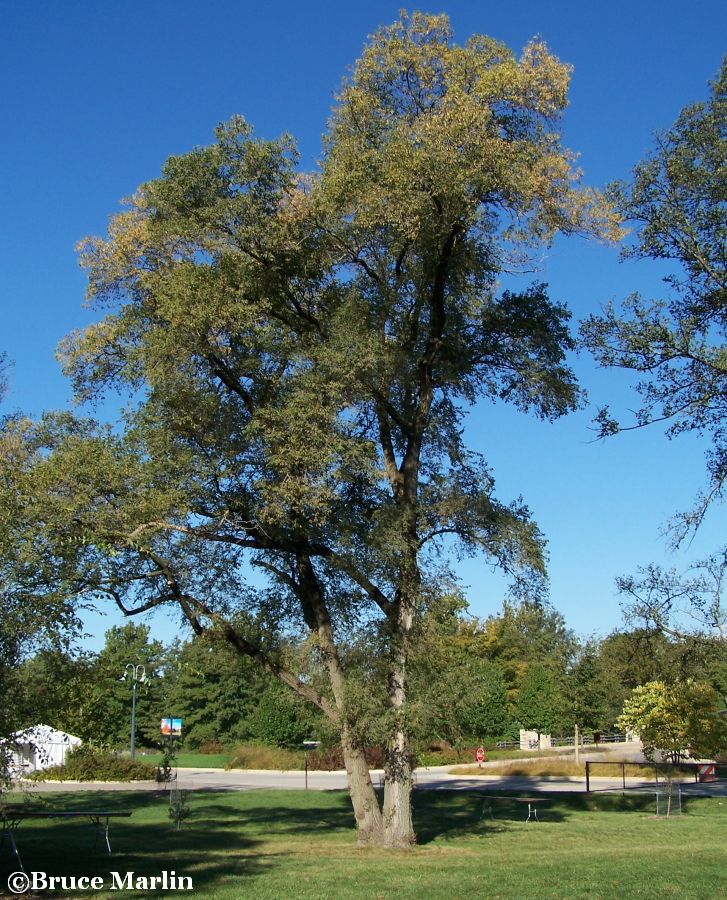 Classified as an invasive in North America, the Siberian elm is a tree reaching to 70 feet.

The crown is open and rounded with slender, spreading branches. The leaves are small (< 2 in.) alternate, simple, singly-serrate, and dark-green in color. The bark is light-gray with irregular furrows. Siberian elm invades pastures, roadsides, and prairies throughout the Midwest and Great Plains regions of the United States.

The trees are very drought and cold resistant allowing it to grow in areas where other trees cannot. The abundant, wind-dispersed seeds allow this plant to spread rapidly, forming dense thickets that close open areas displacing native vegetation and reducing forage for wild animals and livestock. Siberian elm is native to northern Asia and was first introduced into America in the 1860s. It has been planted throughout the Midwest and Great Plains for windbreaks and lumber. 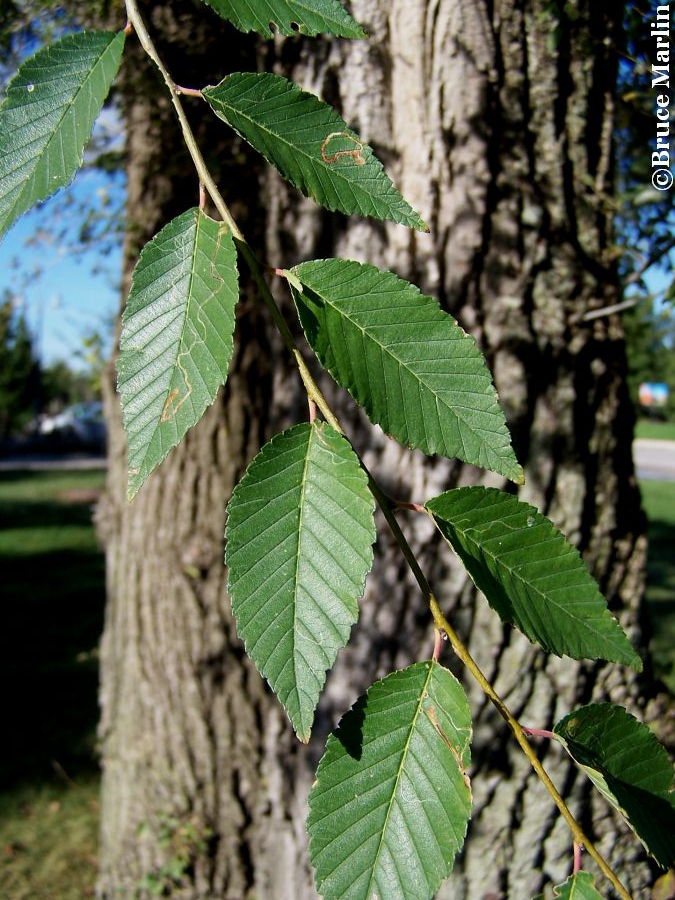 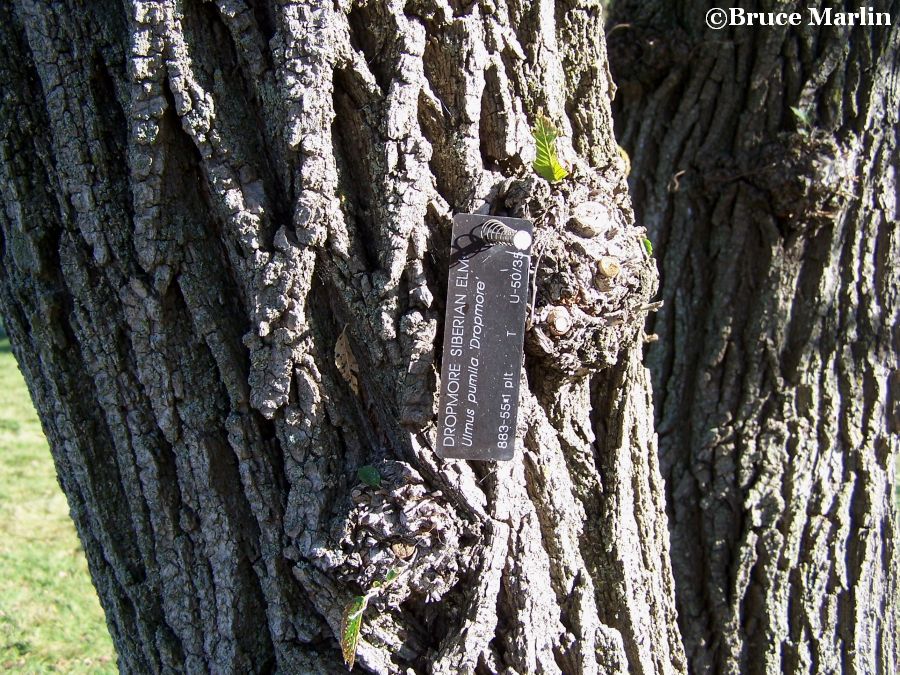 In North America, Ulmus pumila is an invasive species, spreading from Utah east to Kansas and north to Ontario. It is found in abundance along railroads and in abandoned lots and on disturbed ground. The gravel along railroad beds provides ideal conditions for its growth: well-drained, nutrient poor soil, and high light conditions, and these beds provide corridors which facilitate its spread. Owing to its high sunlight requirements, it seldom invades mature forests, and is primarily a problem in cities and open areas.

Planted for quick-growing windbreaks, Ulmus pumila has weak wood, and its branches break easily in mature trees. It is easily distinguished from other North American elms by its singly serrate leaf margins. [1]

Family Ulmaceae – Zelkovas, Hackberries and Elms
There are about 200 species of trees and shrubs in Ulmaceae. Elms fell victim to Dutch Elm disease during the 1950s; until that time, they were the premier shade tree along the streets of our American towns and cities. The Morton Arboretum in past years has bred and marketed five new elm varieties resistant to Dutch elm disease.  Insects & Spiders Home | Tree Encyclopedia | Trees Index