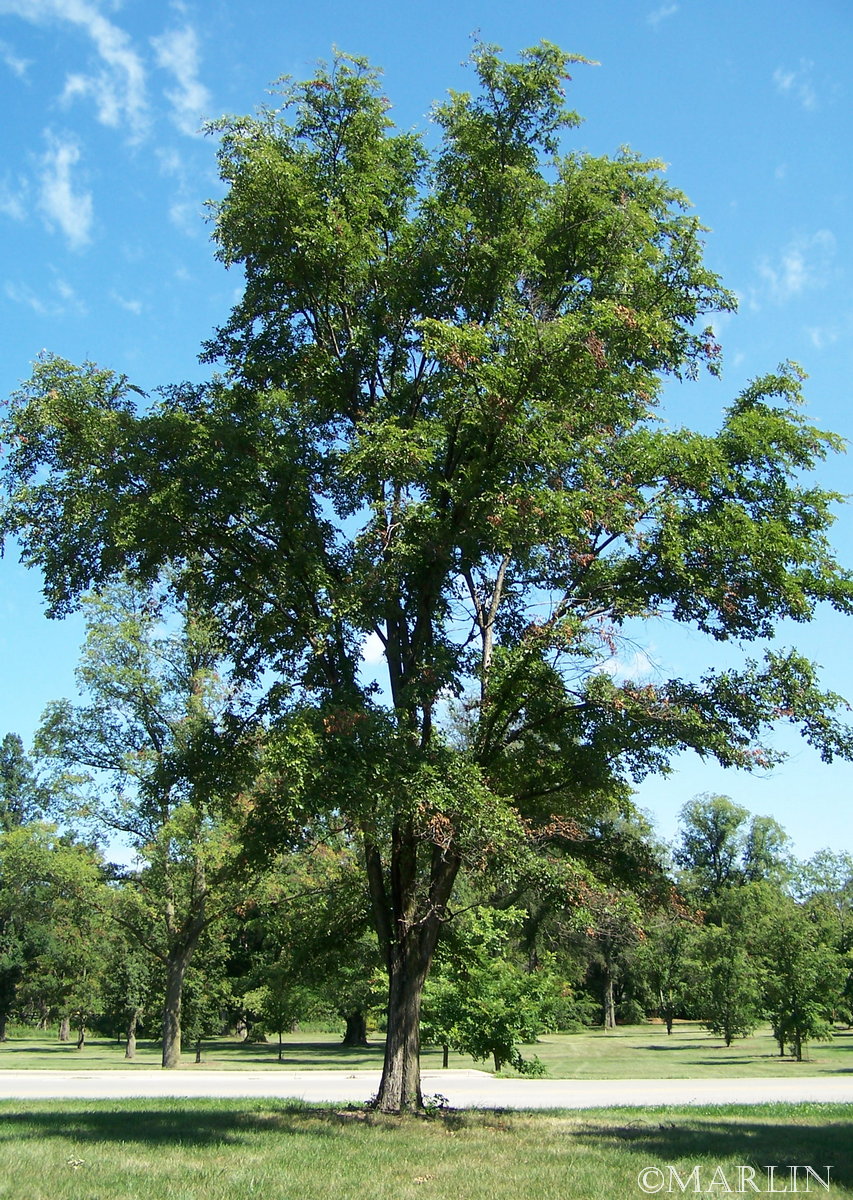 Ulmus davidiana or David Elm is a deciduous tree widely distributed across China, Mongolia, Korea, Siberia and Japan, where it is found on wetlands along streams at elevations of between 2000 m and 2300 m. It grows to a maximum height of 15 m, with a slender trunk of no more than 0.3 m d.b.h. (diameter at breast height); the bark is longitudinally fissured.

The leaves are obovate to obovate-elliptic < 10 cm x < 5 cm, with a rough upper surface. The wind-pollinated petal-less flowers are produced on second-year shoots in spring, followed by samarae that are obovate < 19 mm long by < 14 mm wide. 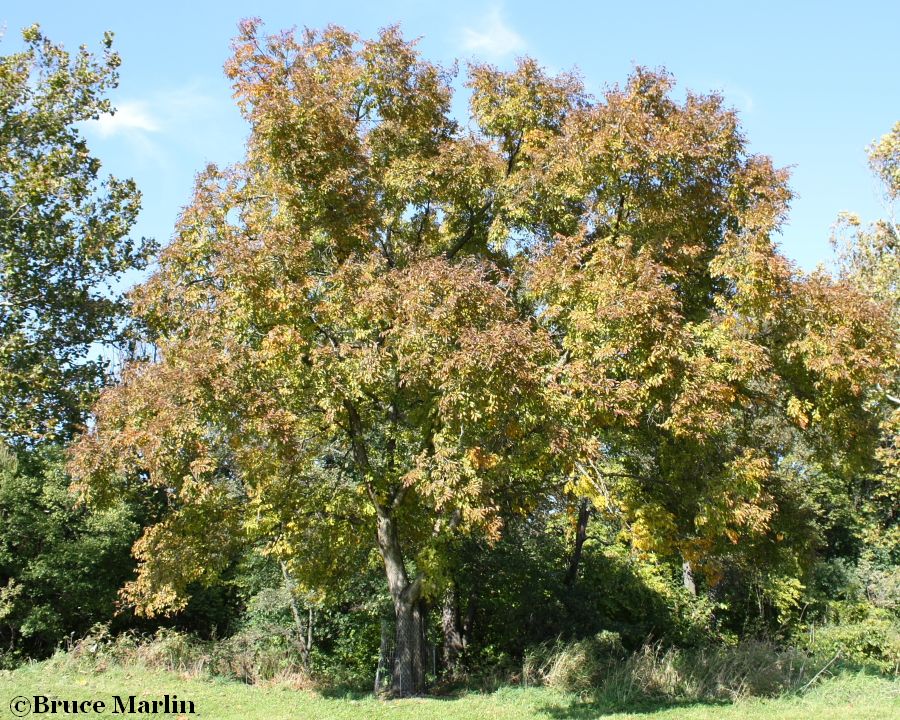 Evaluated with other Chinese elms at the Morton Arboretum, Illinois David elm was found to have a good resistance to Dutch elm disease, elm leaf beetle, and elm yellows. It was also considered to have a remarkable resemblance to the American Elm U. americana in all but ultimate size. 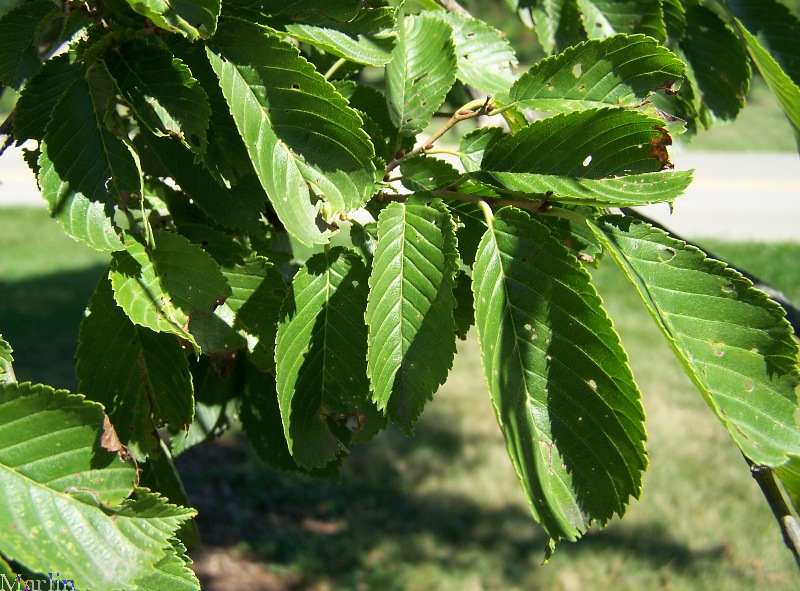 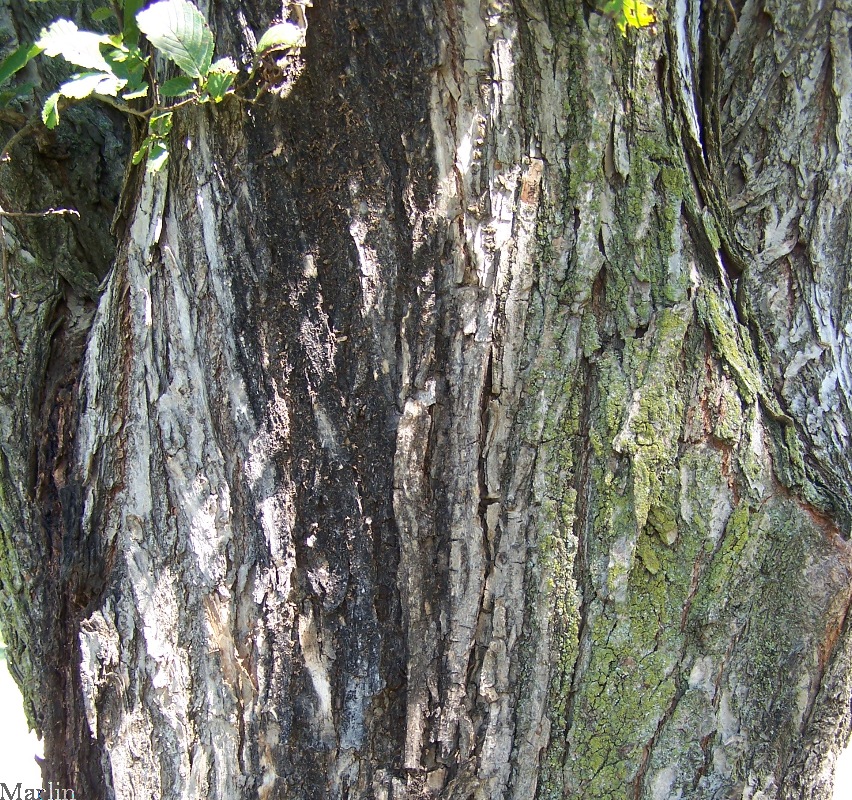 Family Ulmaceae – Zelkovas, Hackberries and Elms
There are about 200 species of trees and shrubs in Ulmaceae. Elms fell victim to Dutch Elm disease during the 1950s; until that time, they were the premier shade tree along the streets of our American towns and cities. The Morton Arboretum in past years has bred and marketed five new elm varieties resistant to Dutch elm disease. Insects & Spiders Home | Elm Index | Tree Encyclopedia | Trees Index