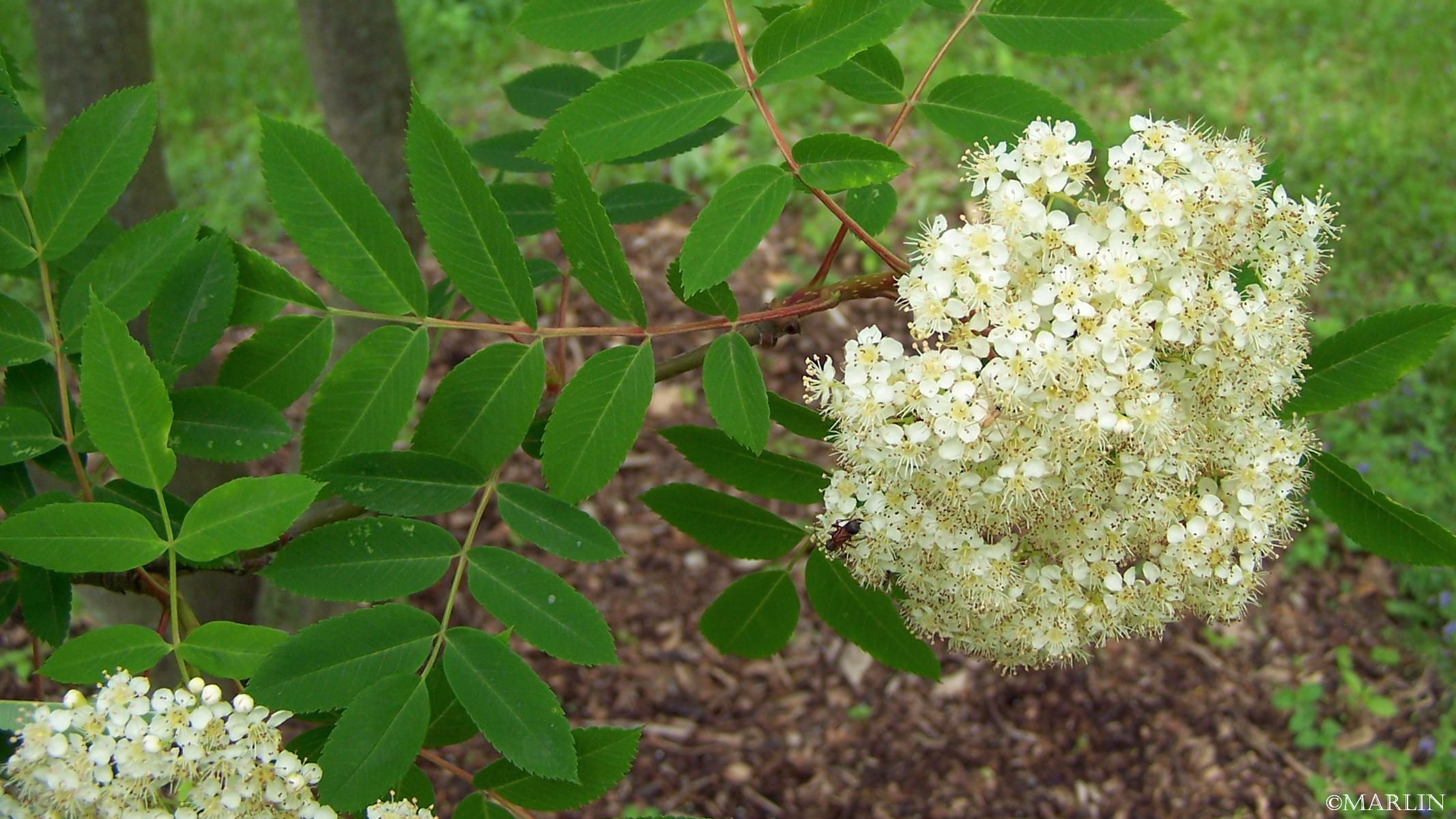 Mountain-Ash are also commonly called “Rowan” in the Old World countries of Europe and Great Britain. Mountain ashes make excellent ornamental specimens. Their bright orange berries contain sorbic acid, which takes its name from the genus. Rowan berries can be made into tart jams and jellies, popularly served with game. 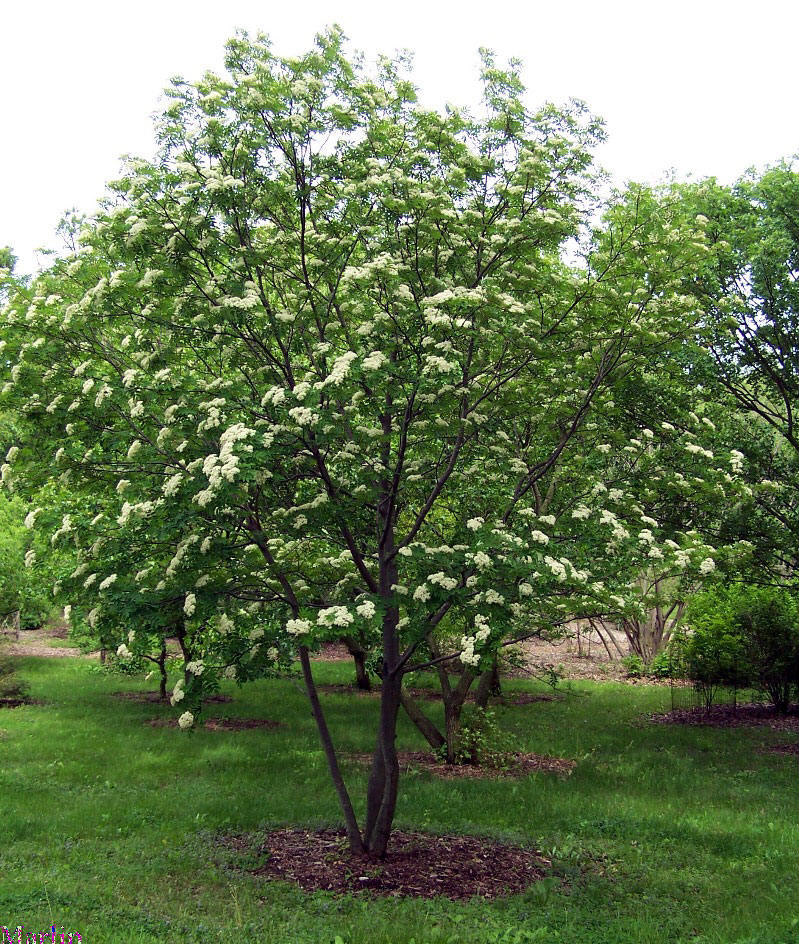 Rowans in Superstition and the Supernatural:
The rowan has a long tradition in European mythology and folklore. It was thought to be a magical tree and protection against malevolence. Rowan wood supposedly makes good “magician’s staves”, and its branches were often used in dowsing rods (rhabdomancy). Rowan was carried on vessels to avoid storms, kept in houses to guard against lightning, and even planted on graves to keep the deceased from haunting. It was also used as protection against witchcraft and sorcery. 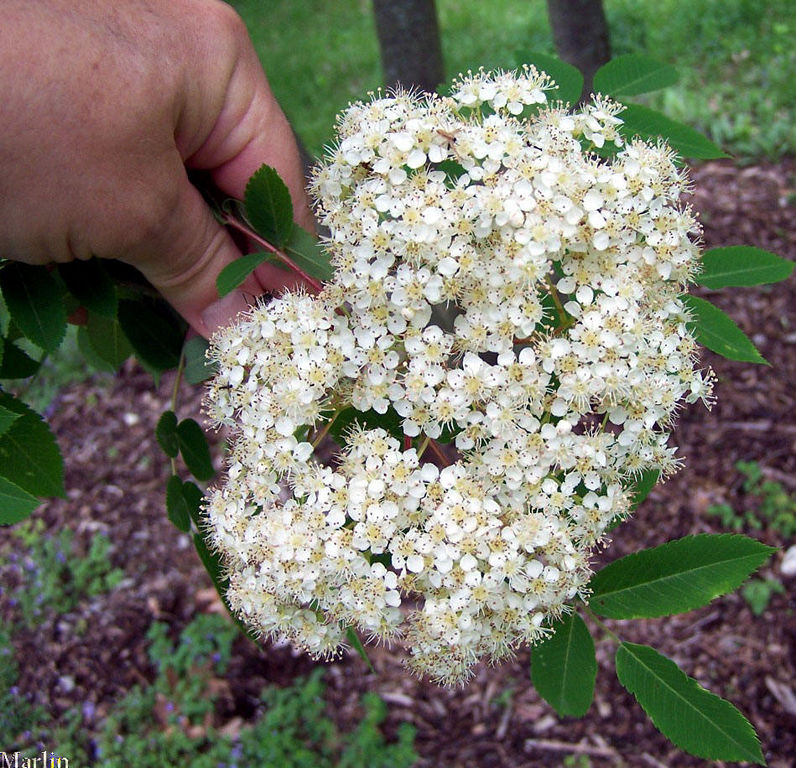 Often birds’ droppings contain rowan seeds, and if such droppings land in a fork or hole where old leaves have accumulated on a larger tree, such as an oak or a maple, they may result in a rowan growing as an epiphyte on the larger tree. Such a rowan is called a “flying rowan” and was thought to be especially potent against witches and their magic, and as a counter-charm against sorcery.