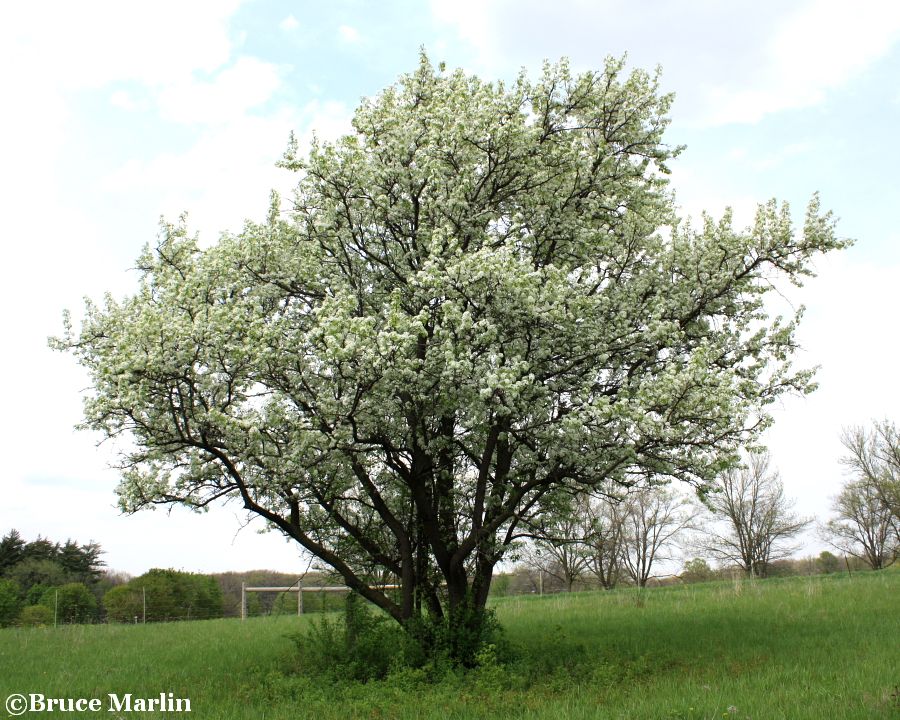 Callery pear is a rapid-growing ornamental used for its quick establishment and flowering qualities. However, this tree, as well as the Bradford variety, are considered invasive, and in some states, a noxious weed for its ability to spread uncontrollably and crowd out native plants. If you care about such things, please consider choosing a different landscape ornamental. 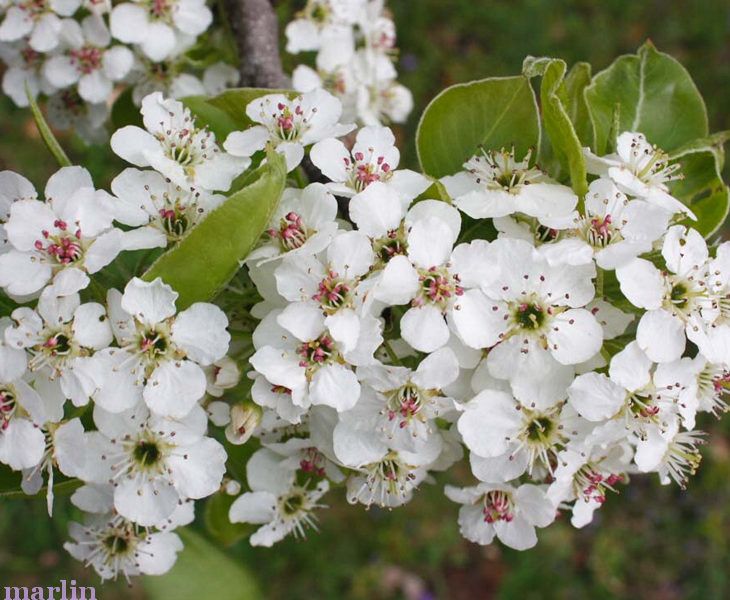 Flowers in spring are showy, white, to 3 inches inflorescences, mid to late April for about 1 week

Common Pear is a large ornamental rapidly growing to about 45 feet tall and 20 feet wide. It takes on an upright, pyramidal form when young, becoming more oval and spreading with age. It grows best in full sun but will tolerate partial shade. Likes moist and well-drained soil but is easily adapted to various stressors, including acidic and alkaline Ph, restricted growth space, pollution, drought, and pruning.

Callery pear has a reputation for poor branching habits, leaving itself vulnerable to major windthrow or ice-load damage. Near vertical, co-dominant central leaders with acute crotch angles and extremely weak attachments must be thinned on a regular basis to ameliorate this liability. 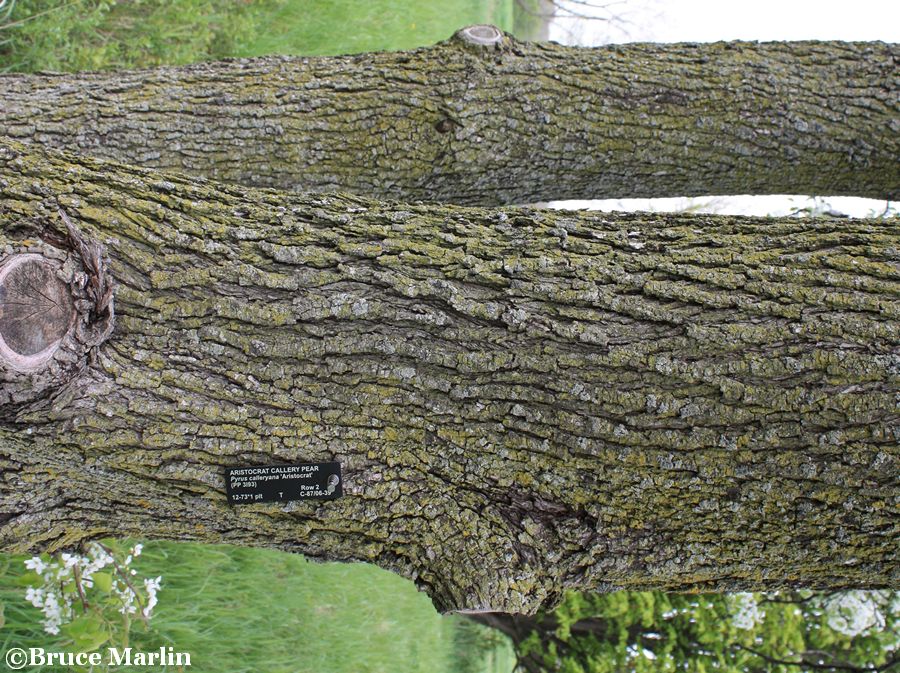