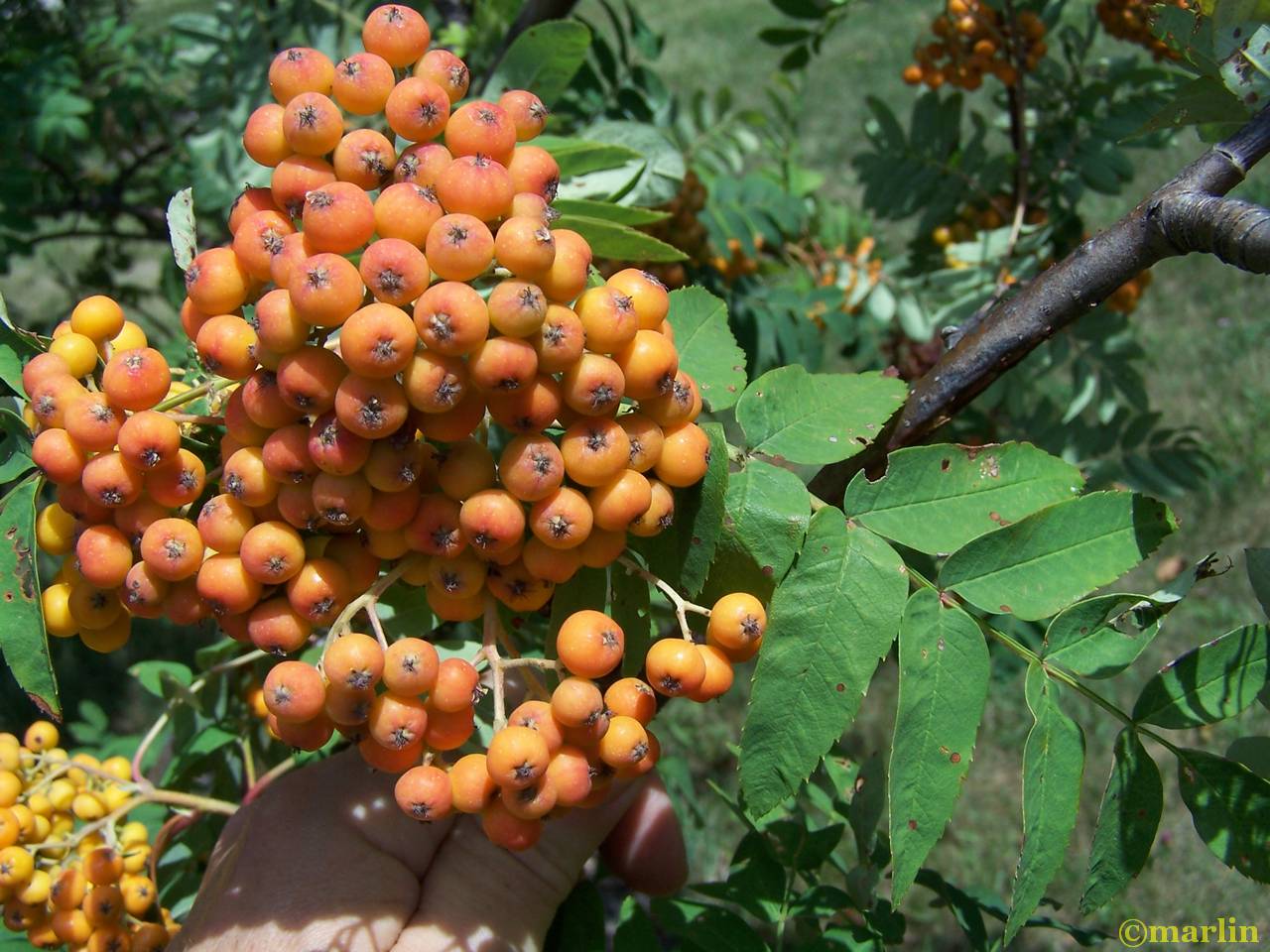 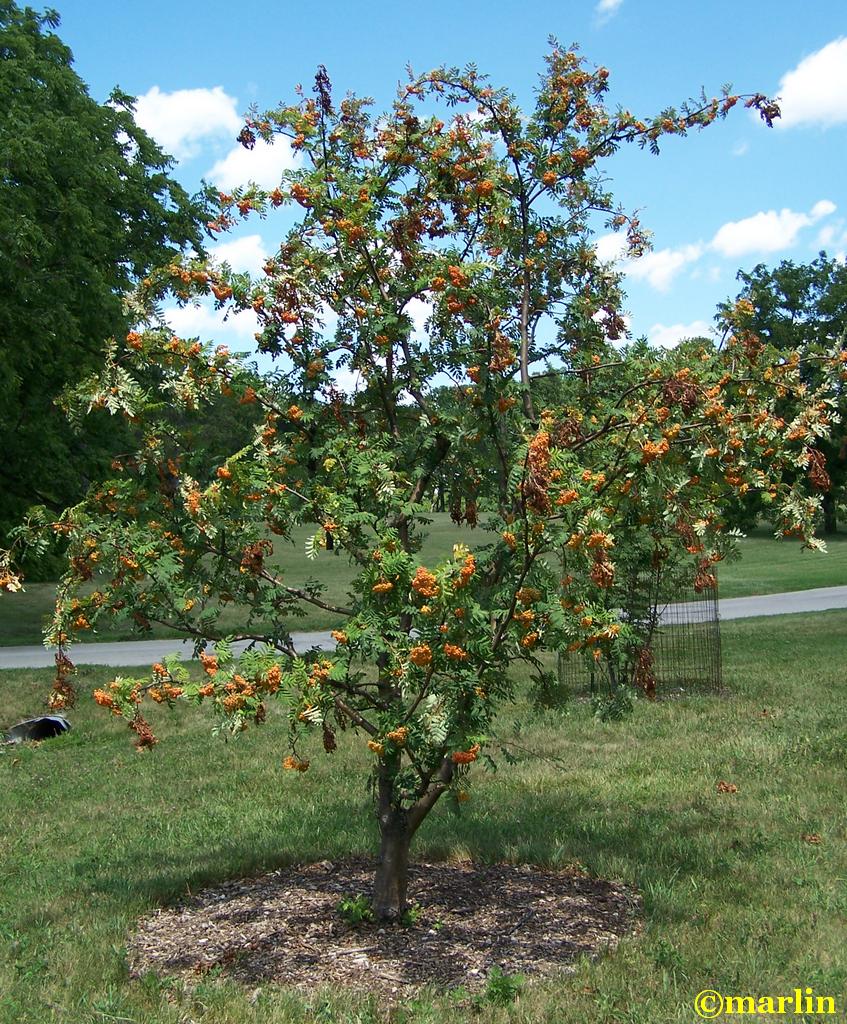 The mountain ash and related species (most often the European Mountain ash, Sorbus aucuparia) are sometimes referred to in folklore as “Rowan” trees, but this use has almost disappeared from the modern lexicon. The rowans were thought by the Celts and other primitive peoples of The British Isles to have magical properties 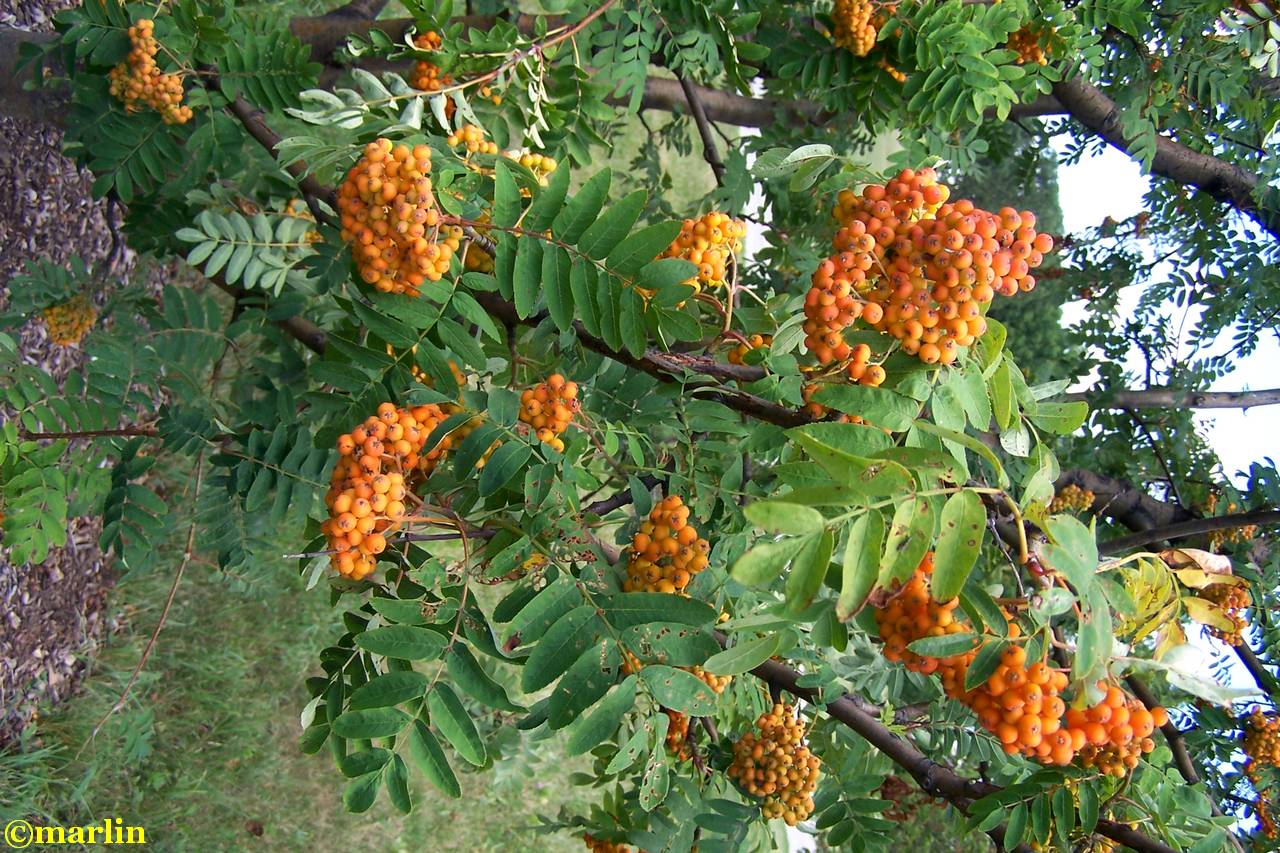 Family Rosaceae – Rose Family; Fruit Trees
Containing hawthorn, apple, pear, cherry, plum, peach, almond, mountain-ash and whitebeam. Many of these plants are of vital economic importance, the fruit of which contain vitamins, acids, and sugars and can be used both raw and for making preserves, jam, jelly, candy, wine, brandy, cider and other beverages. Tree Encyclopedia | Tree Index