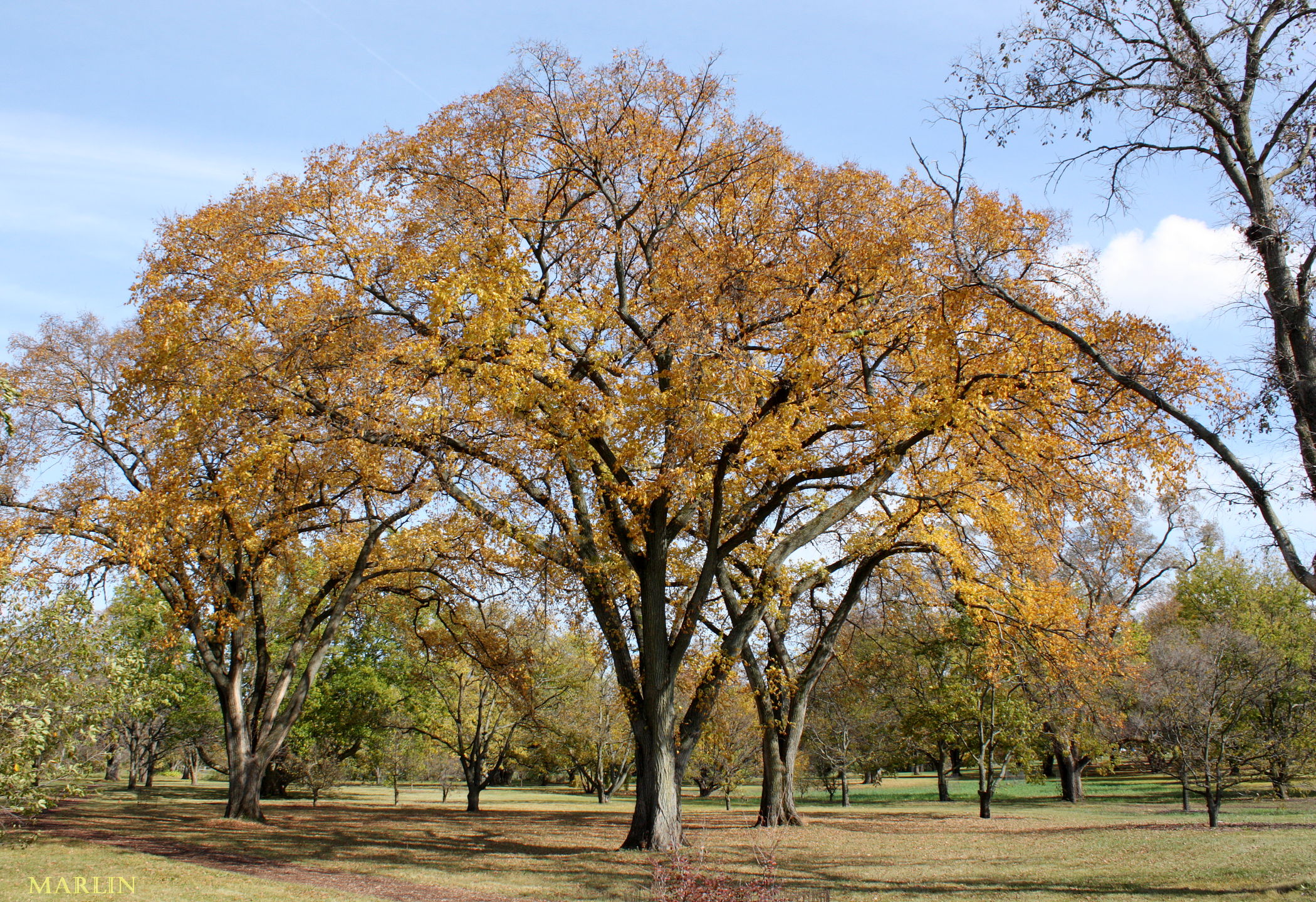 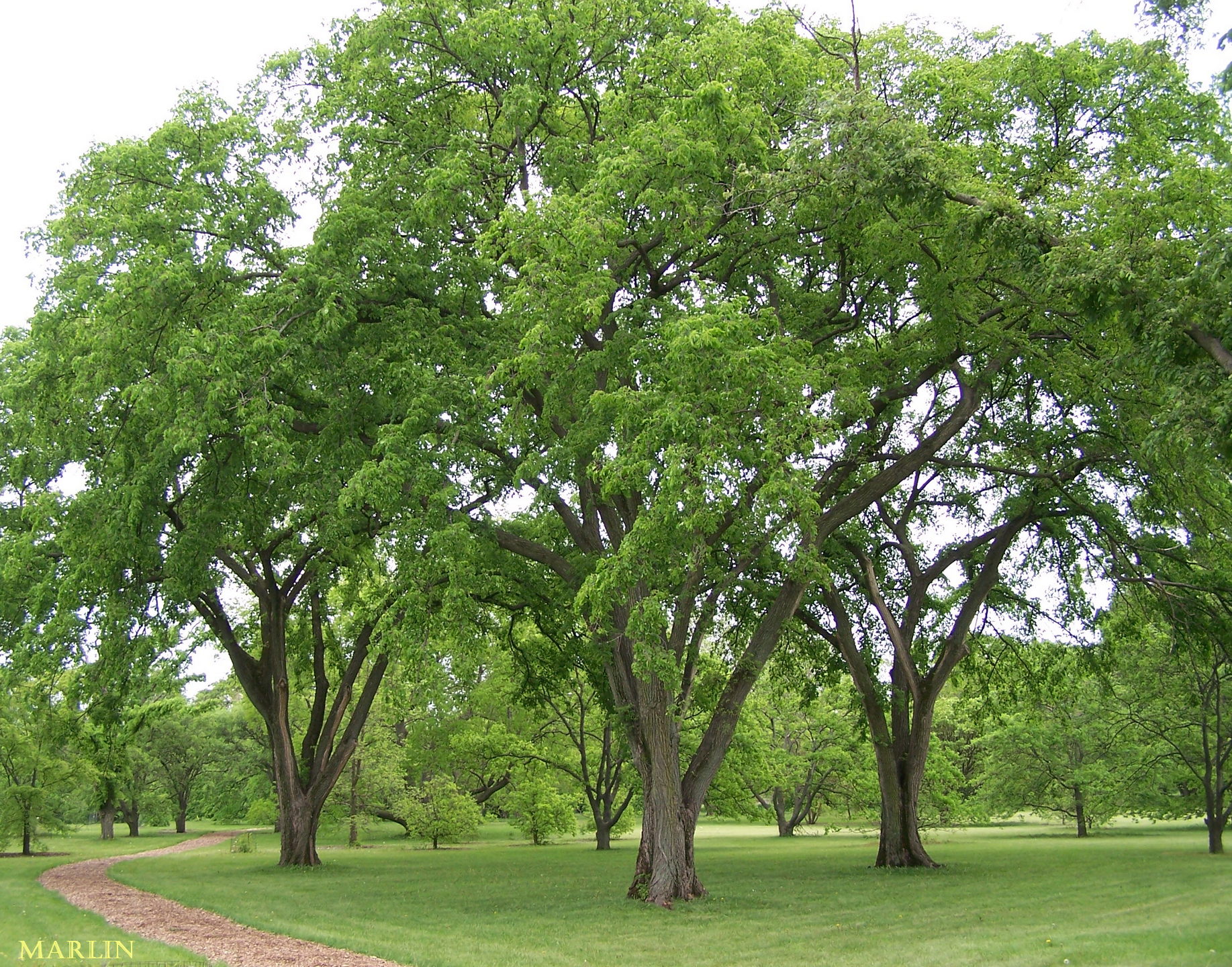 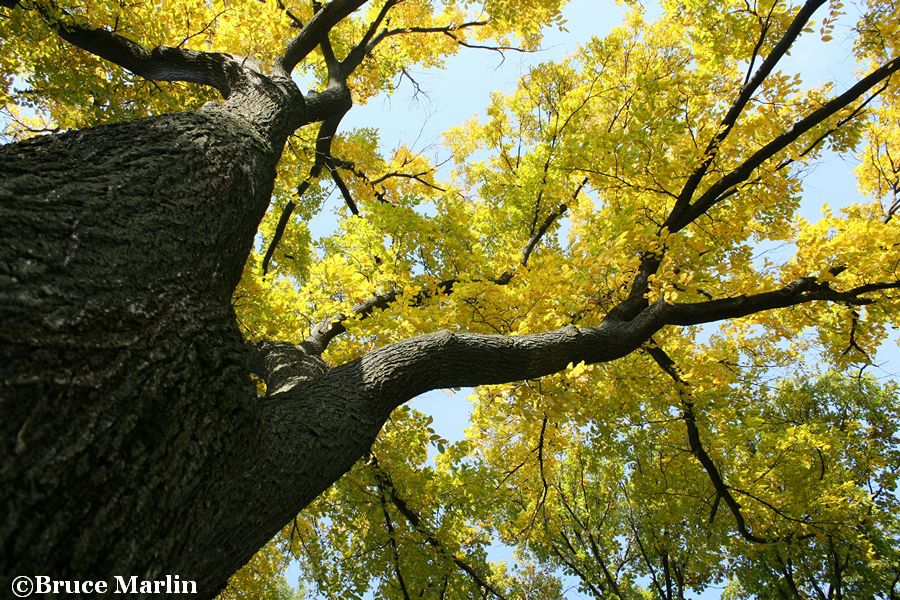 This native North American tree grows quickly when young, forming a broad or upright, vase-shaped silhouette, 80 to 100 feet high and 60 to 120 feet wide. Trunks on older trees could reach to seven feet across. The deciduous leaves are dark green throughout the year, fading to yellow before dropping in fall. In early spring, before the new leaves unfold, the rather inconspicuous green flowers appear on pendulous stalks. These blooms are followed by green, wafer-like seedpods which mature soon after flowering is finished. The seeds are quite popular with both birds and wildlife. 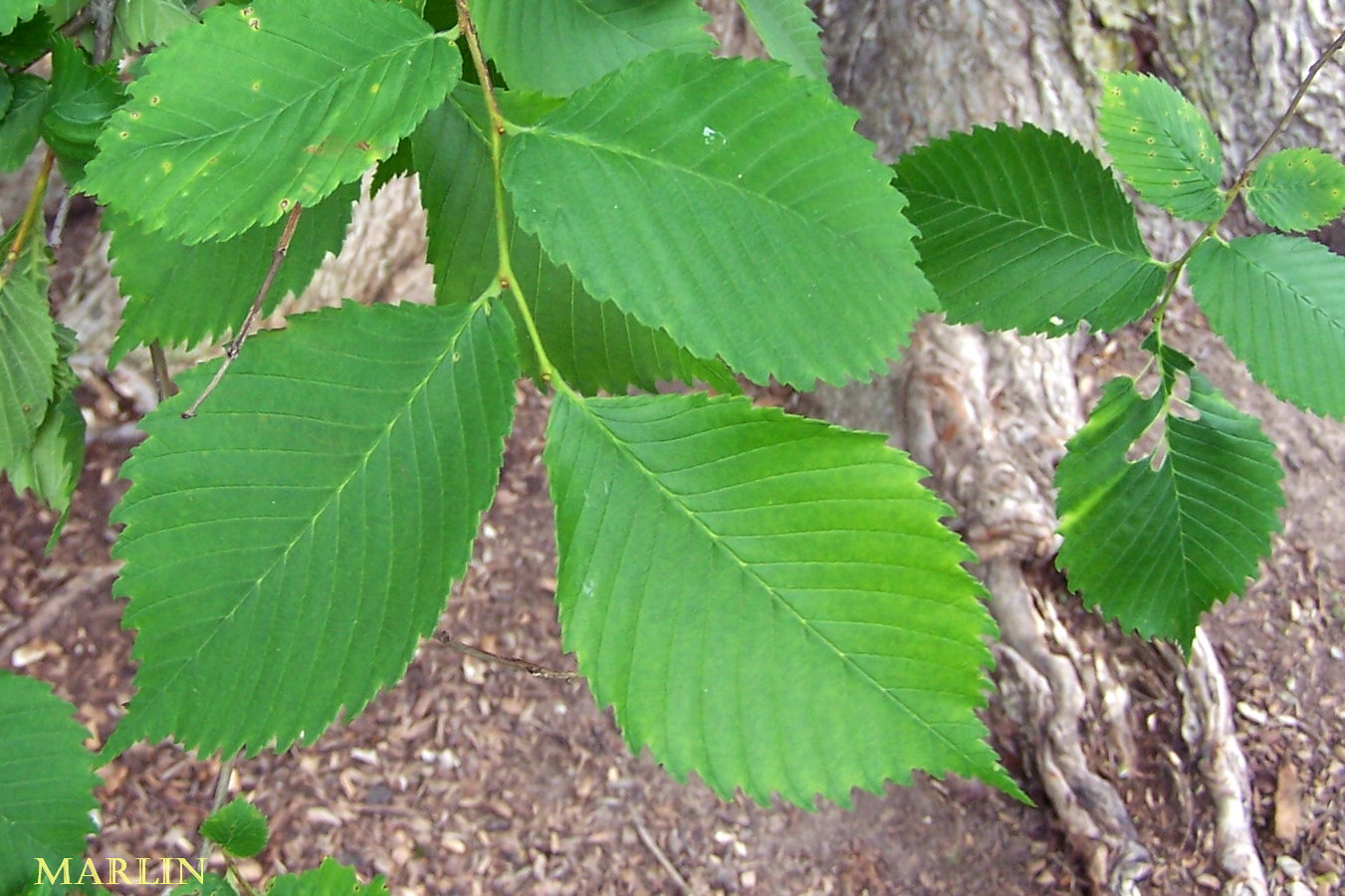 When I was a child in the 1950s, my street in Des Plaines, Illinois, was lined with huge elms. We walked to school shaded by those magnificent trees; they were so tall their branches overarched the street completely. It was a wonderful walk then, and especially in fall when our mornings were bathed in yellow light filtering through the glorious butter yellow foliage.

But when the school year started in 1960, those trees had all been cut down, victims of Dutch Elm Disease. It was so sad, and now we walked under blazing sun and boy, did we miss those trees. Similar scenarios are now playing themselves out amongst the lodgepole pine and ash trees of North America. Nature green in tooth & claw, so to speak.