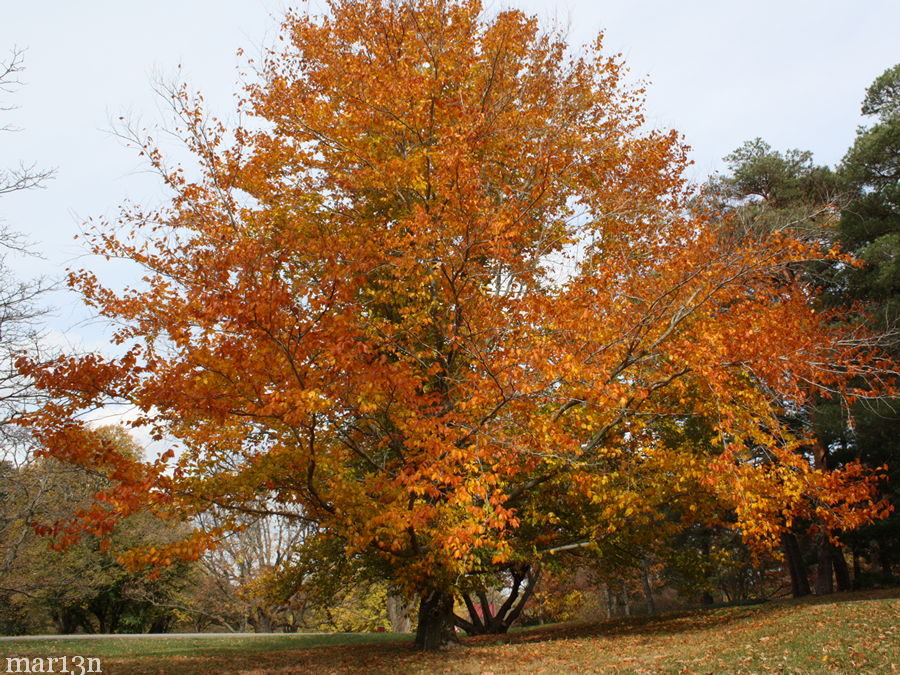 American beech is the only species of this genus in North America. Although beech is now confined to the eastern United States (except for the Mexican population) it once extended as far west as California and probably flourished over most of North America before the last ice age. This slow-growing deciduous tree reaches its greatest size in the alluvial soils of the Ohio and Mississippi River Valleys and may attain ages of 300 to 400 years. Beech wood is excellent for turning and steam bending. It wears well, is easily treated with preservatives, and is used for flooring, furniture, veneer, and containers. The distinctive triangular nuts are eaten by people and are an important food for wildlife [1]. 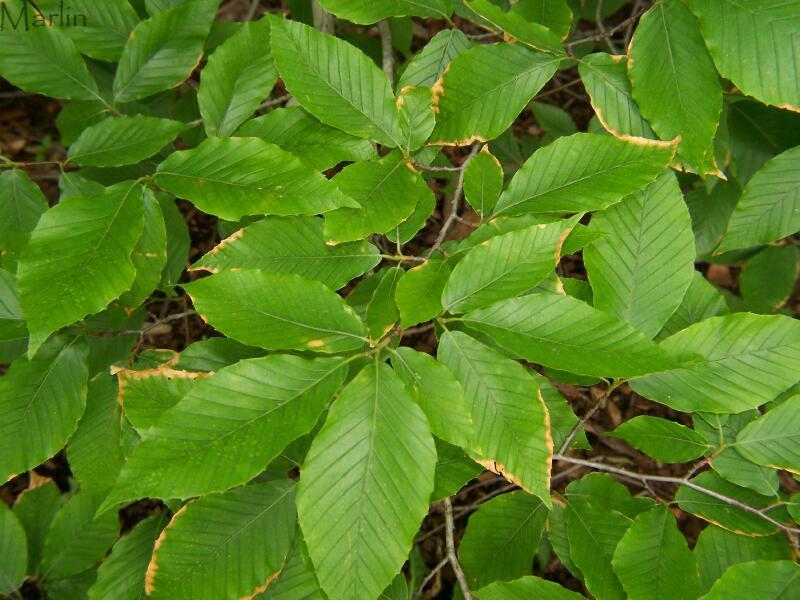 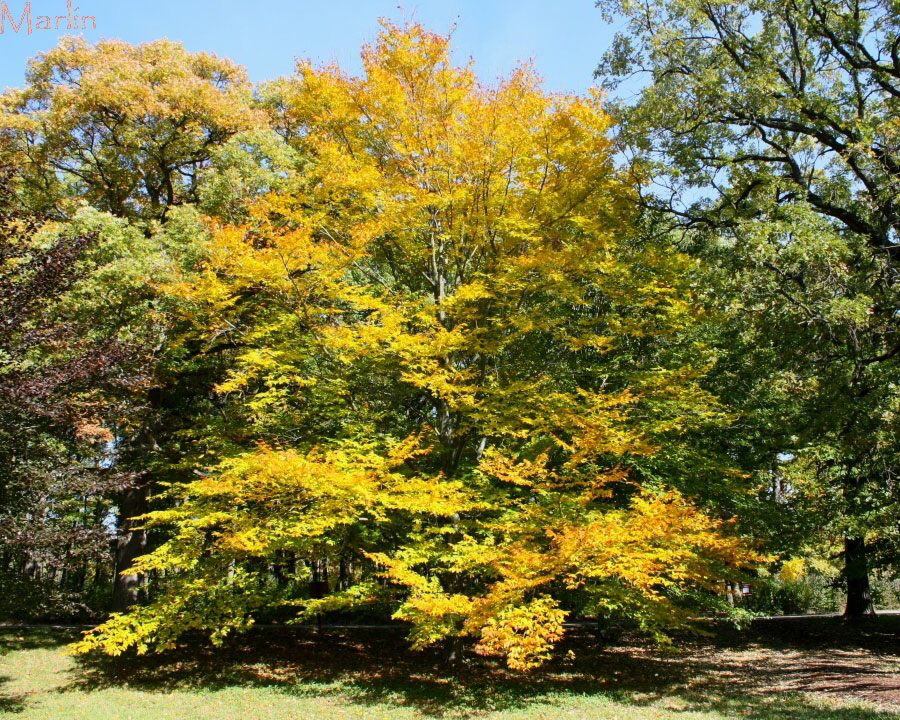 Flowering: Late April to late May. This species is most commonly located in the eastern counties of the Chicago Region and often inhabits ravines, dunes, and mesic sites. The smooth bark of F. grandifolia is often damaged by idiots carving initials or designs into the trunk, which provides entry wounds for pests and pathogens. The passenger pigeon, now extinct, used to feed on the fallen nuts. Today, many other species such as bluejays, squirrels, titmice, woodpeckers, nuthatches, and grosbeaks use the nuts as a food source.

Defoliation by insects can occasionally be a serious problem. The most damaging is the saddled prominent, Heterocampa guttivitta, although the forest tent caterpilla, gypsy moth, fall cankerworm, and the Bruce spanworm occasionally cause heavy defoliation in local areas. Insect defoliation often renders trees susceptible to attack by the shoestring root fungus [1].

Family Fagaceae – Beech, Chinkapin and Oak
There are about 900 species in this family worldwide, about 65 trees and 10 shrubs of which are native to North America. The Oak genus, Quercus, includes some of our most important native hardwoods, and are some of the most-recognized trees in our nature-starved populace. The beech genus Fagus contains 10 species native to Europe and North America.