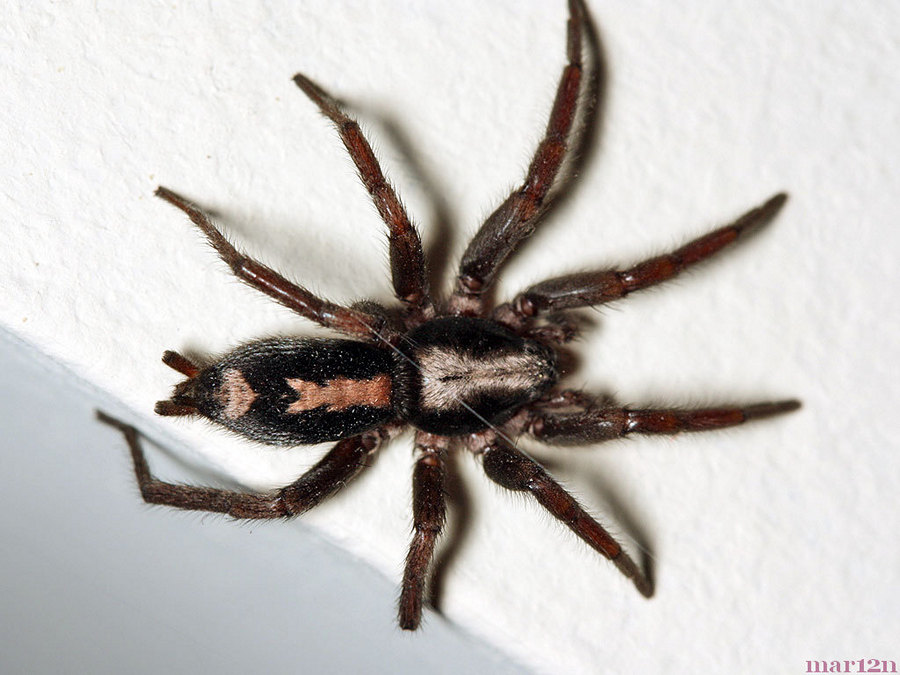 I found this spider in my house but I suspect it had somehow wandered in and was not in its native habitat. I have never seen one before or since, thank jah. This is a pretty big spider. I don’t want big, black spiders in my house. As it happens, spiders of this sort are very secretive, and true to type, this one was determined to avoid my camera flash. She was very adept at hiding behind picture frames.  (Hope that doesn’t scare you – that they hide behind picture frames.) Believe it or not, she was able to elude me and I never saw her again. Yikes.

On a lighter note, their common name derives from the dorsal abdominal stripe resembling an old-style cravat worn by clergy in the 18th century. [2]

The ground spiders include nearly 2,000 described species in over 100 genera worldwide. Ground spiders are characterized by their longer cylindrical anterior spinnerets being far enough apart that the median spinners are visible.

Ground spiders do not build webs for prey capture, but are active nocturnal hunters, mostly of other spiders. [1] They chase down their prey much like the wolf spiders (family Lycosidae) or the jumping spiders (family Salticidae).  They spend the day in a silken retreat. The thick-walled egg sacs are guarded by the mother until the spiderlings hatch. [3]