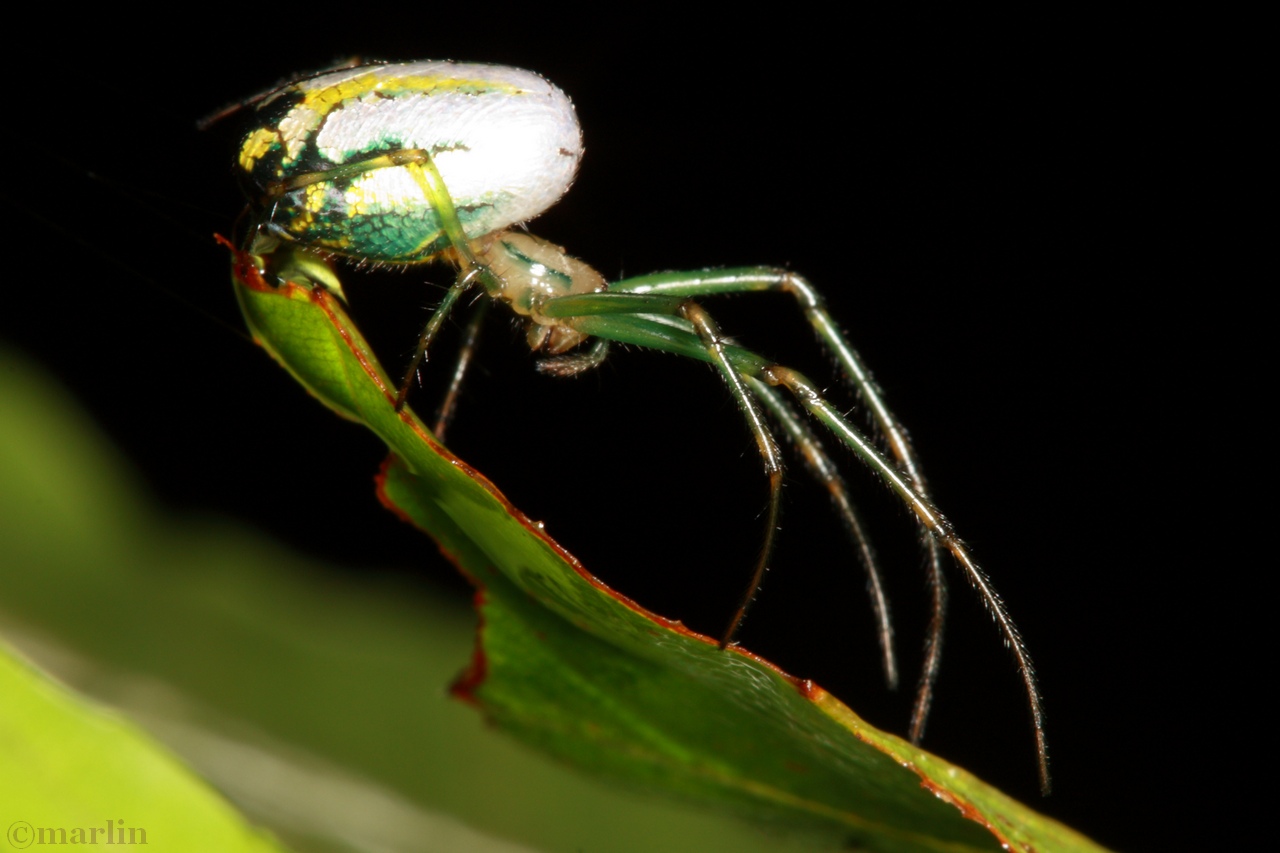 The Venusta orchard spider is one of a handful of orb weavers that spin their webs near the horizontal plane. Females almost always sit underneath, bottom side up. They are some of the most common spiders found in the American Midwest. Find them in forests and shaded meadows; these spiders do not like direct sunlight. 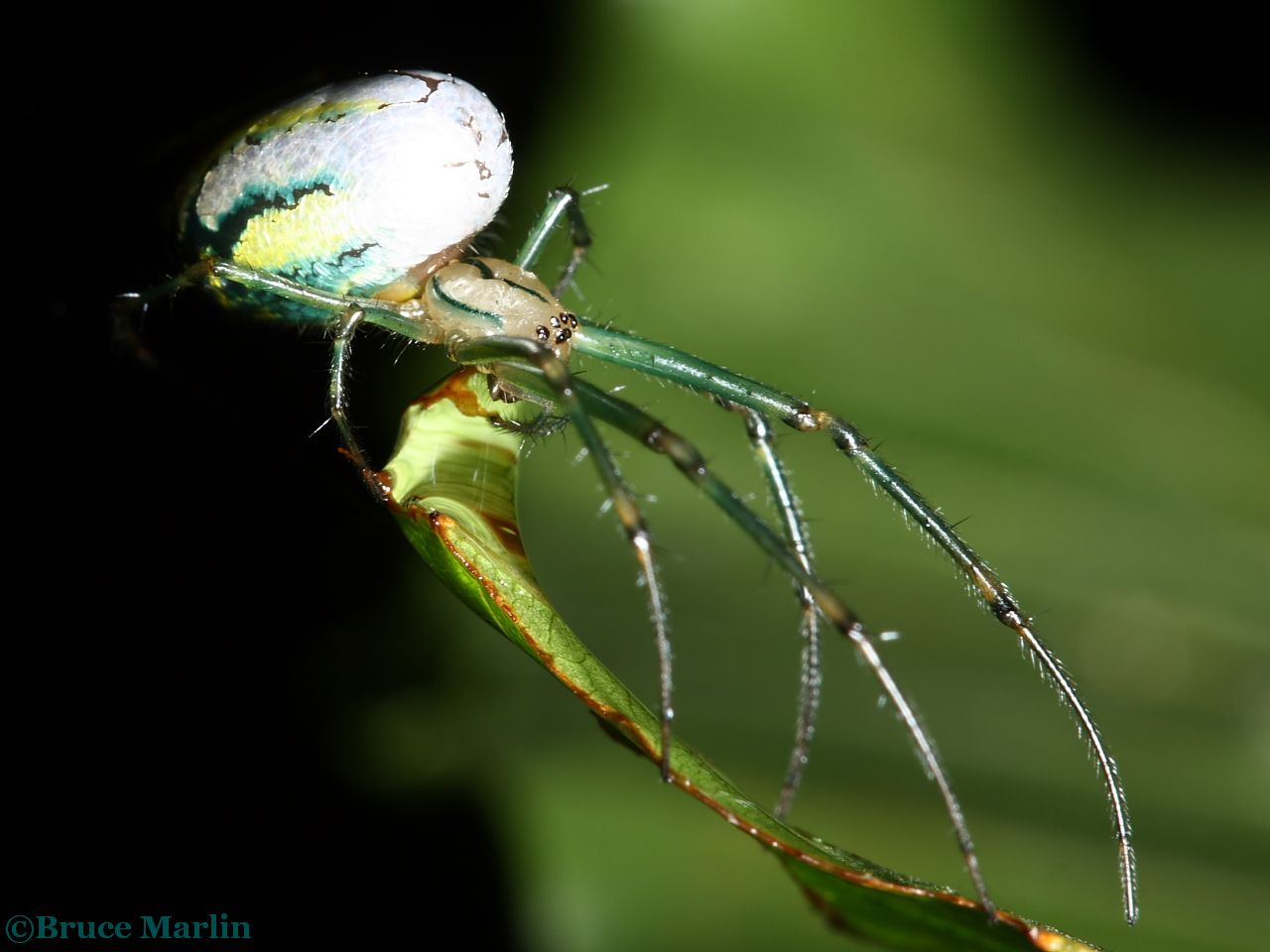 Orb weaver spiders get their common name from their large circular webs, constructed of concentric circles supported by radial spokes. They are found worldwide, with with around 3500 species [1] in 168 genera [2]. Most people recognize these common spiders by the large, bulbous abdomen of the female, and the signature web, which can reach a meter in diameter. 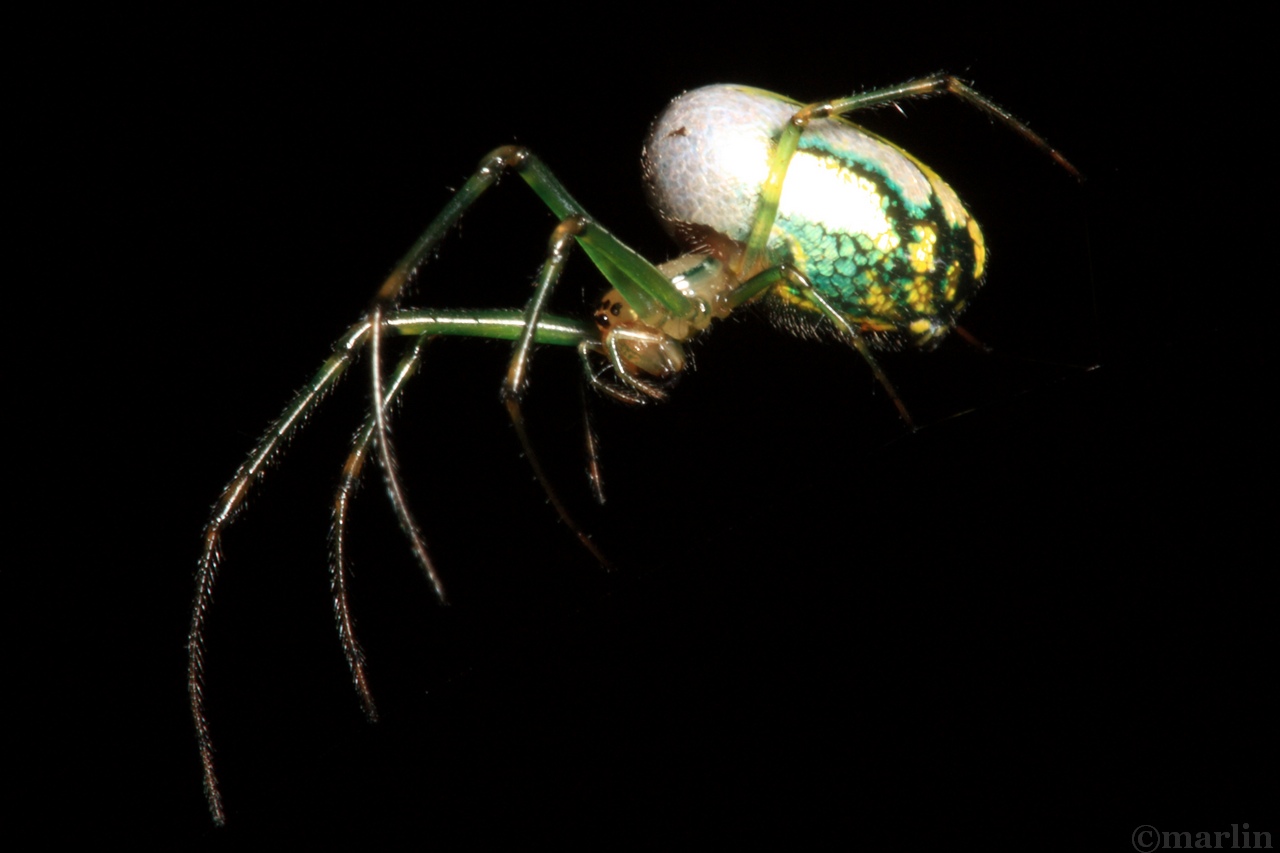 Orb weavers show the greatest range of sizes and appearance than any other family of sipders. Their presence near humans habitation and their conspicuous web probably account for their iconic status among people otherwise uninterested in such matters. Completely harmless to human and their pets, these spider nevertheless inspire fear and loathing. Sadly, I rarely meet a person whose first response to encountering such a creature is not “Kill it!”