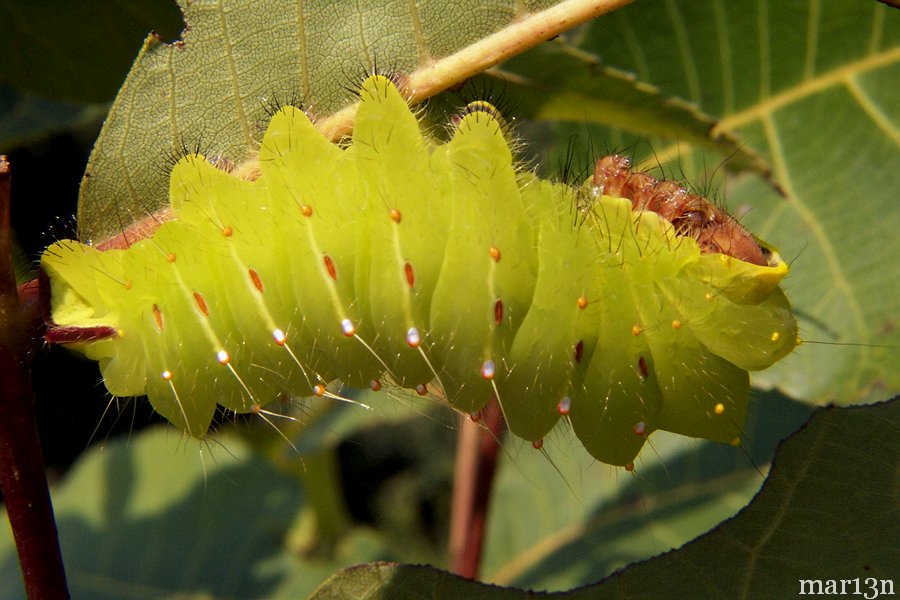 This giant silkmoth gets its name from the large eyespots on its hindwings, referring to Polyphemus, the Cyclops of Greek mythology, who captured (and was eventually blinded by) Odysseus in Homer's epic poem, The Odyssey.

Polyphemus moth adults, like others in the Saturniidae family, do not feed. Silkmoths use pheromones to locate each other when seeking mates. The life cycle of the moth is much like any other saturniidae species. It lays flat, light brown eggs on the leaves of a number of host plants, including: