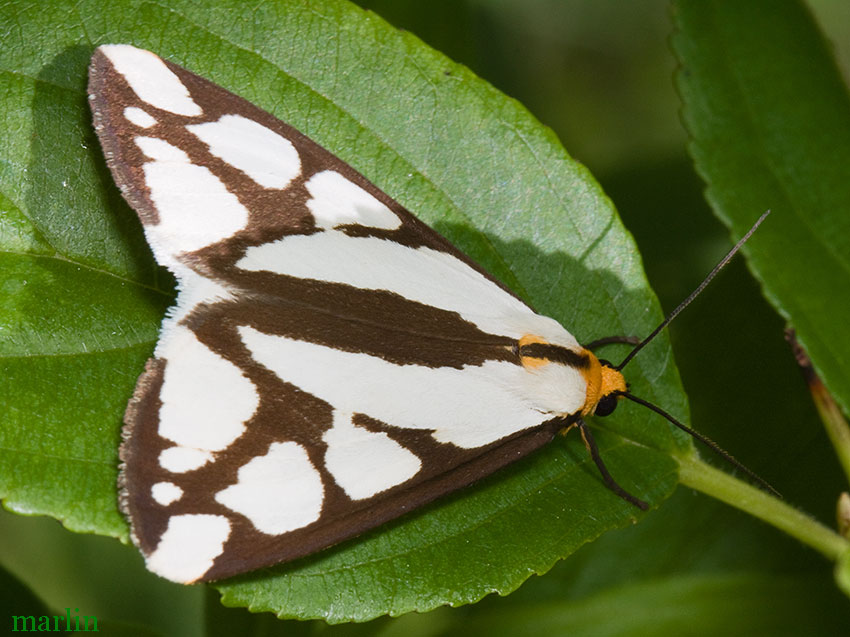 The most distinctive feature of the family is a tymbal organ on the metathorax (Scoble 1995). This organ has membranes which are vibrated to produce ultrasonic sounds. They also have thoracic tympanal organs for hearing, a trait which has a fairly broad distribution in the Lepidoptera, but the location and structure is distinctive to the family. Other distinctive traits are particular setae ('hairs') on the larvae, wing venation, and a pair of glands near the ovipositor (Scoble, 1995). The sounds are used in mating (Simmons and Conner 1996) and defense against predators (Fullard et al, 1994).