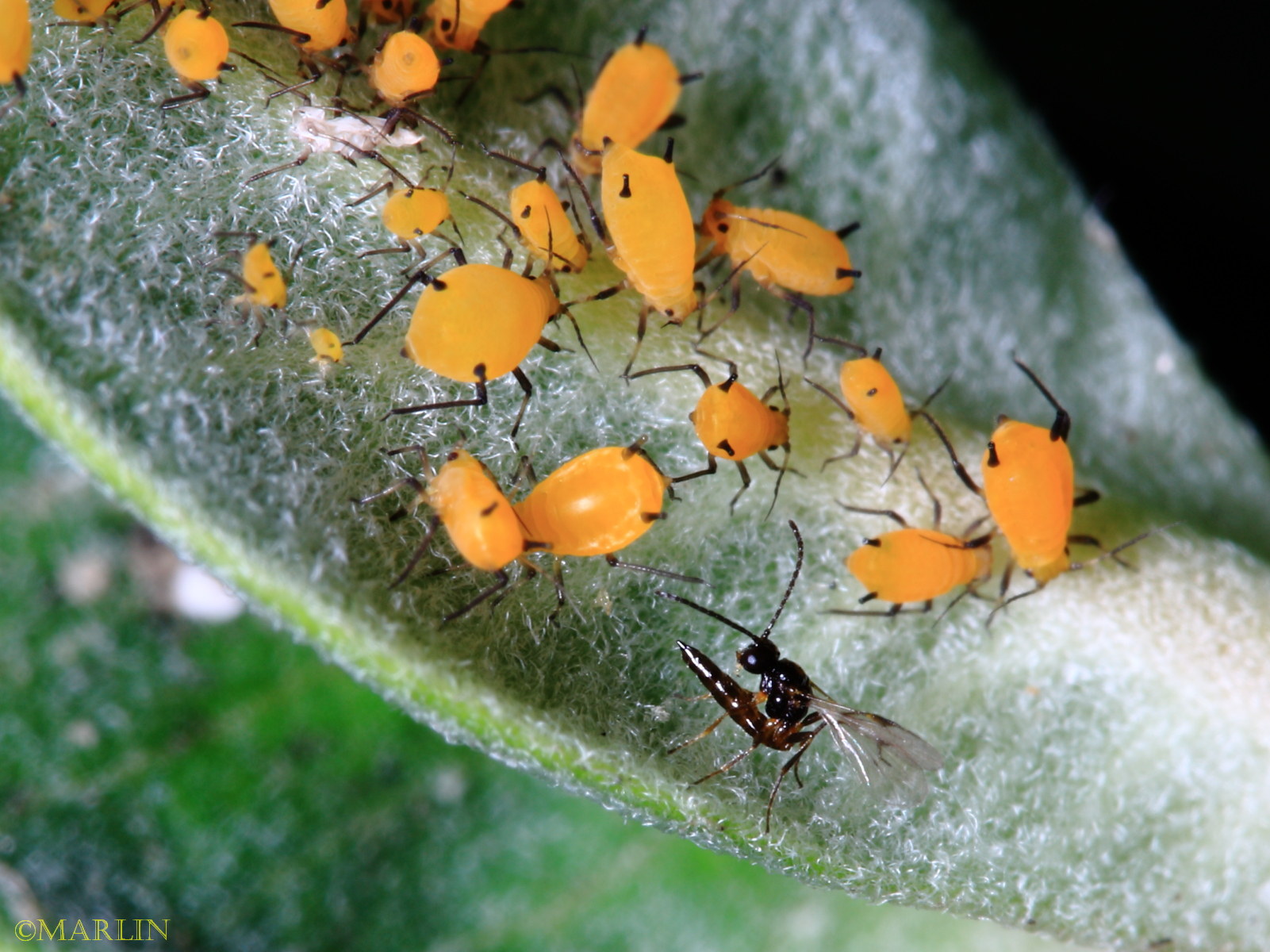 I was photographing orange aphids on milkweed, and noticed these tiny wasps (3mm) laying eggs on them. The wasp would approach the aphids with its abdomen and ovipositor pointed / folded underneath (It was the only time she walked slowly enough that I could follow her movement), and then rush forward while extending her abdomen even farther, and give an aphid a quick poke. The poke only takes a second or two, tops. She seems genuinely intent on staying away from the aphids, although the aphids didn’t react to her presence at all, even when she poked them. None of the aphids had even exuded that orange wax from their cornicles, as I’ve seen most every time aphids are under attack by lady beetles or their larvae. 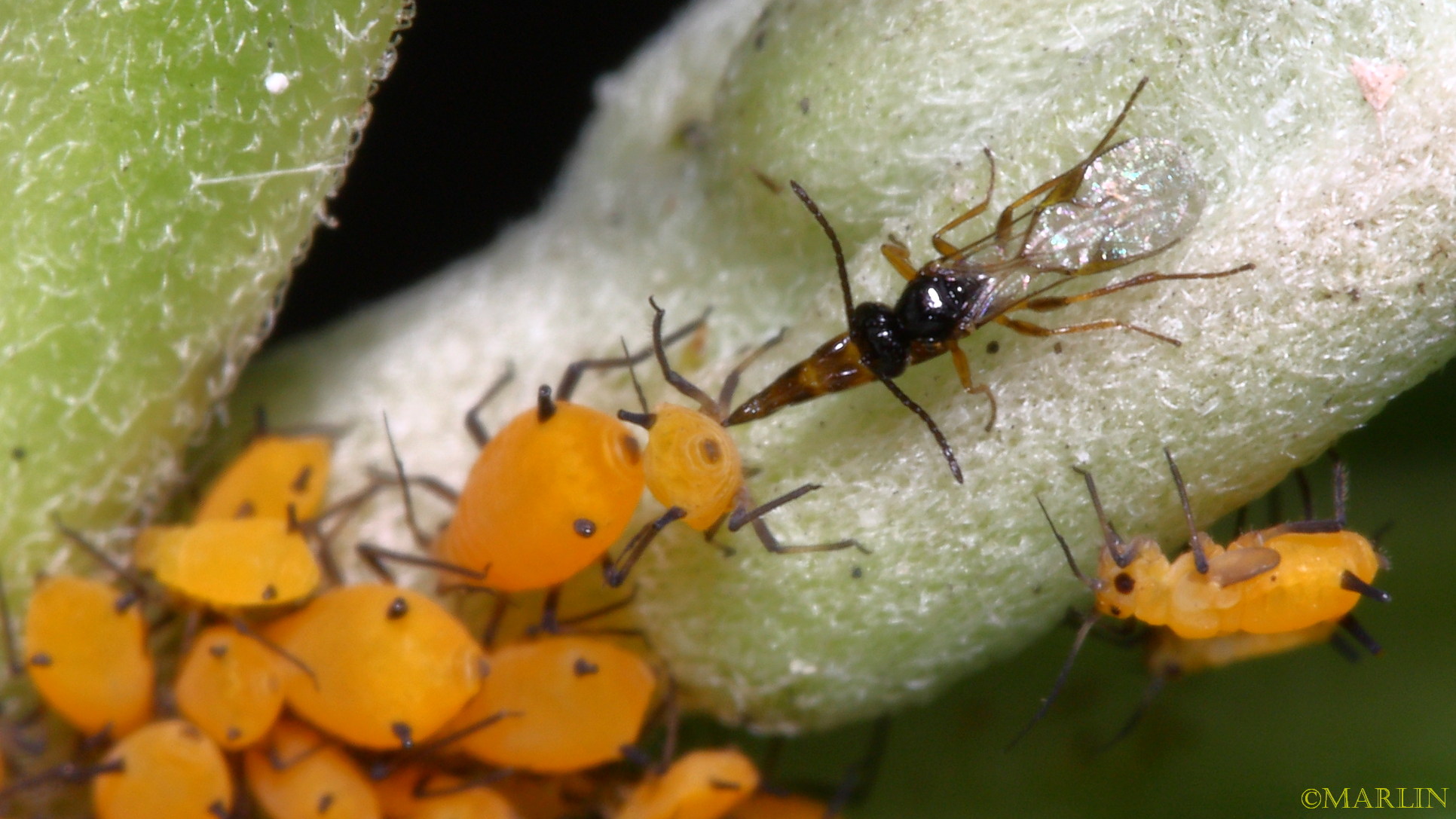 Species in this subfamily prey only on aphids and their close kin. Many mimic the cuticle hydrocarbons of the aphids, thereby masking their presence from the trophobiotic ants, who treat her exacly like an aphid. The plucky lady goes about her ghastly business unmolested by her much larger sister Hymenopterans.

It was fascinating and I watched at least three or four of these girls ganging up on this aphid colony. I measured the aphids afterward: The smallest are 1mm and the larger ones go up to 3.5mm 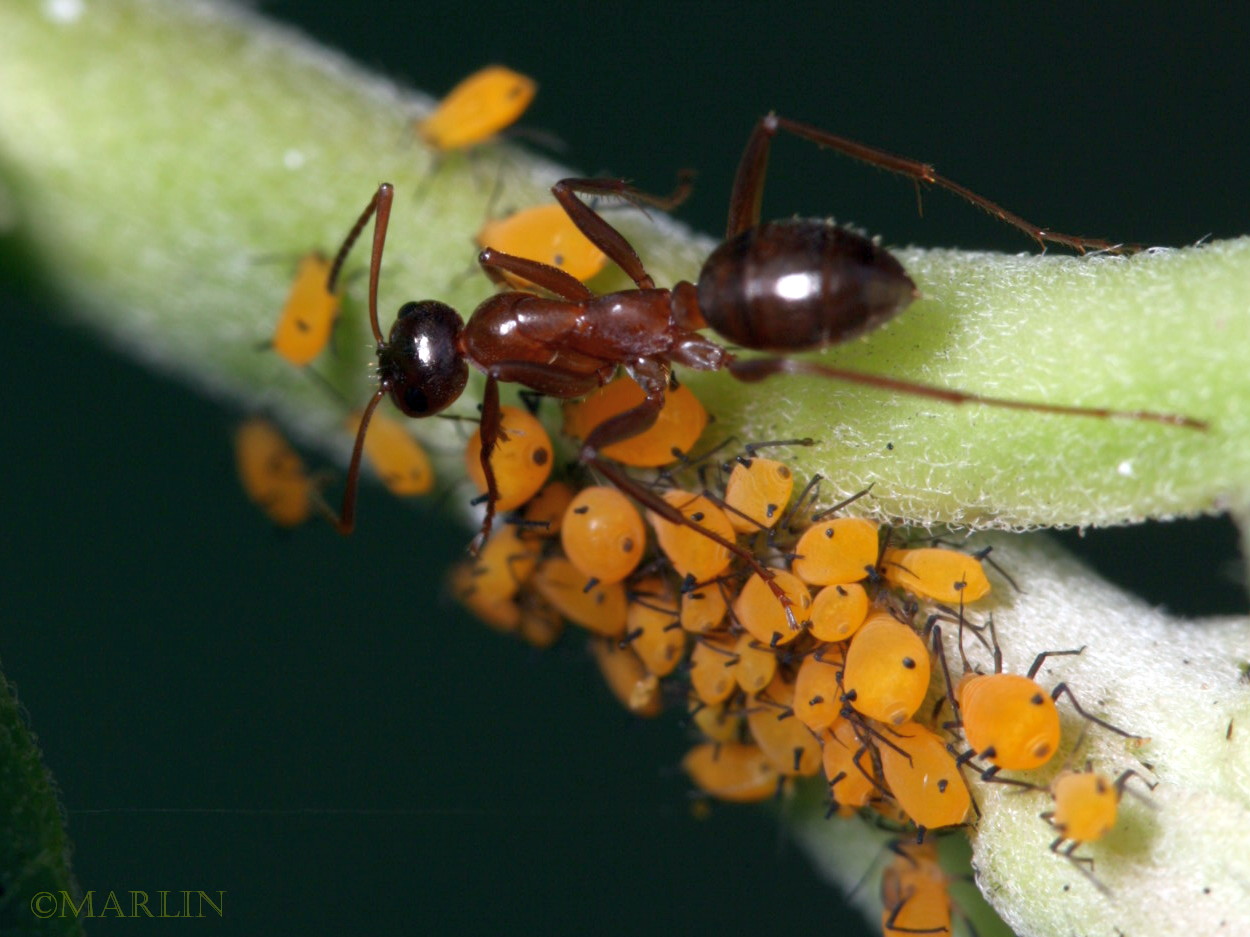 The great Charles Darwin came up against one of the greatest tests of his religious faith when studying the Ichneumonidae and contemplating their seemingly evil and cruel ploy for exploiting other creatures; he thought the monstrosity too evil for God to have thought of it, much less condone it.

He wrote, in 1860, “I own that I cannot see as plainly as others do, and as I should wish to do, evidence of design and beneficence on all sides of us. There seems to me too much misery in the world. I cannot persuade myself that a beneficent and omnipotent God would have designedly created the Ichneumonidae with the express intention of their feeding within the living bodies of caterpillars, or that a cat should play with mice.”