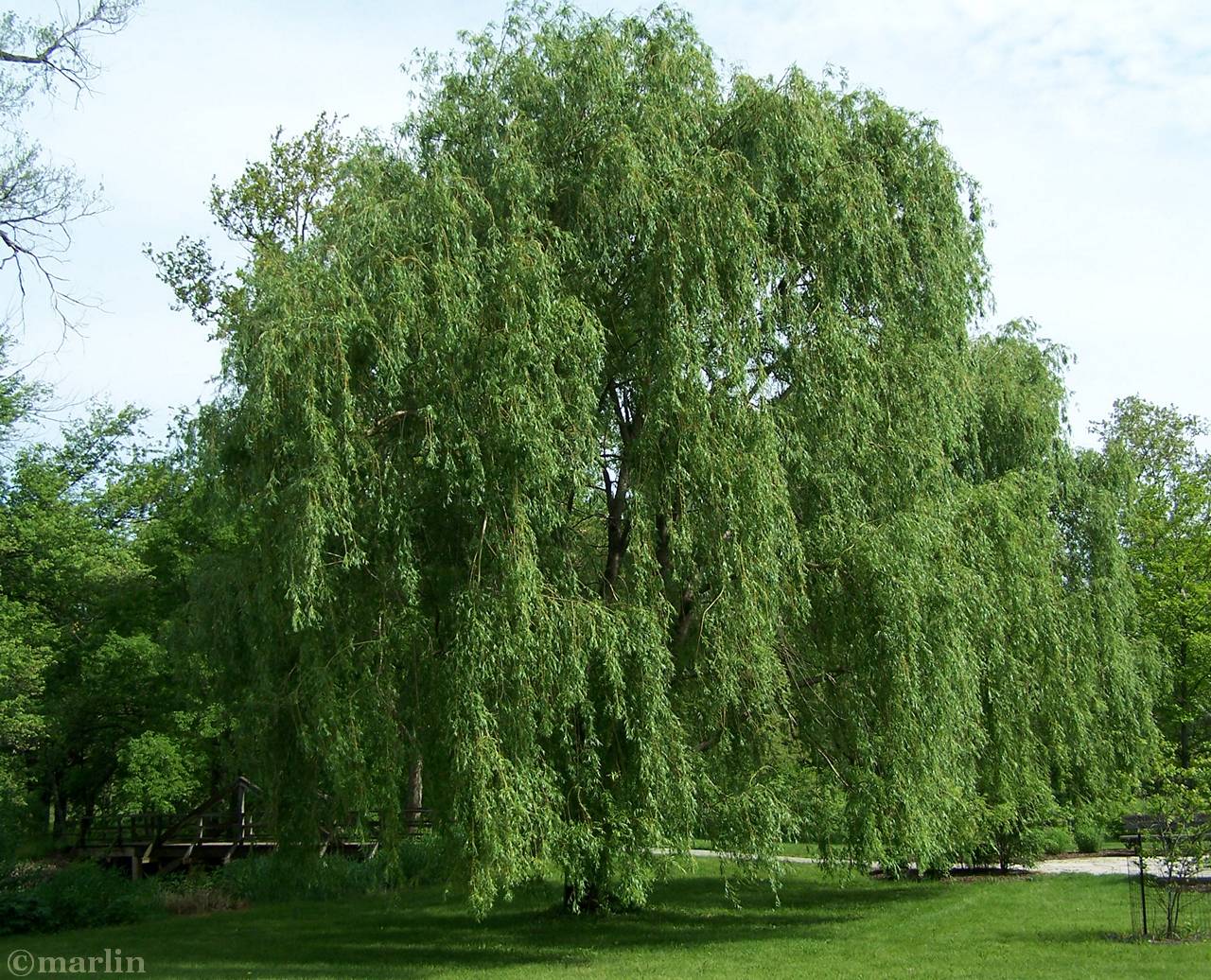 Golden weeping willow is a fast-growing, massive tree reaching up to 80 feet in height. Although main branches grow upward, the secondary ones grow straight down, creating the graceful weeping effect for which it is renowned. The trunk is brown with a distinctly corky bark. The pendant stems are yellow green. The narrow, deciduous leaves are pointed and green to yellow-green above, pale below.

Often found growing wild along streams and watercourses, the golden weeping willow has characteristics that might have one regretting a decision to use them in home landscapes. Although willows in general grow easily in most moist soils, they require watering during periods of drought, lest they lose their leaves in copious quantities. The brittle wood is shed regularly, creating a never-ending litter problem. 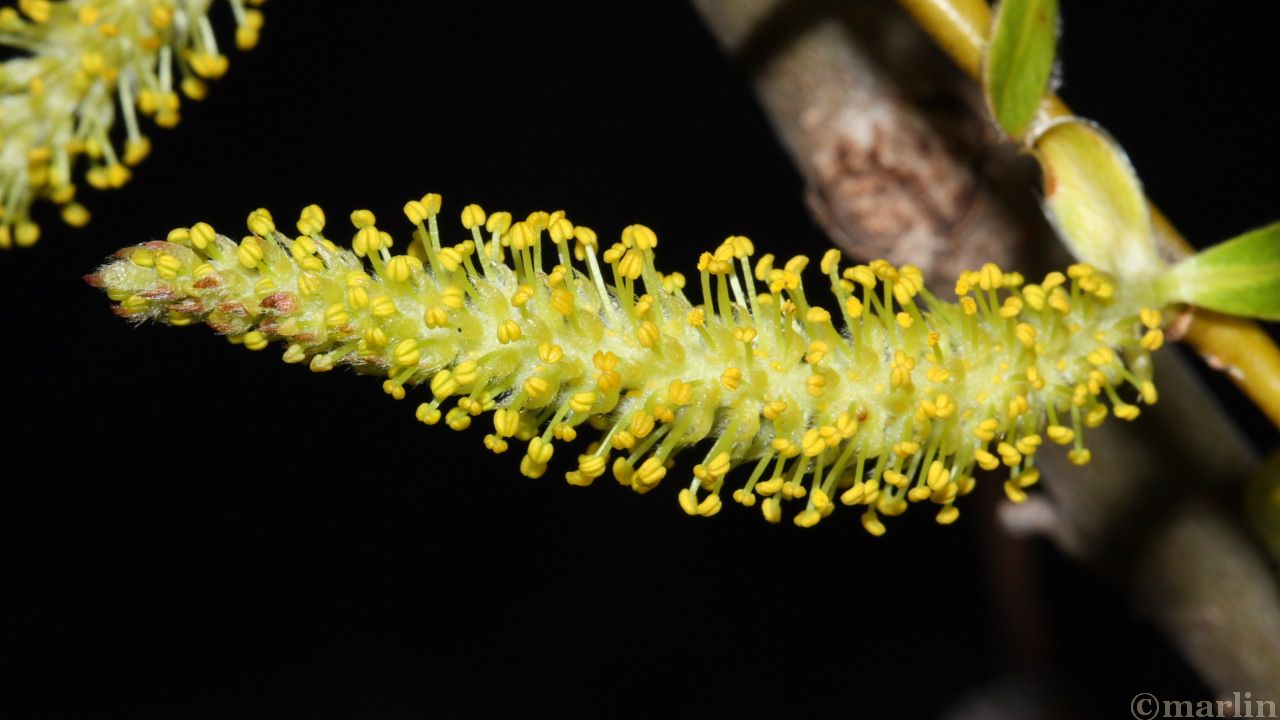 The weeping habit creates dense shade and if left untrimmed, the drooping branches will grow to the ground, effectively blocking all sunlight. Only plants that can tolerate deep shade will grow under these trees. Locate weeping willow only where there is adequate space for its large, imposing form. Not for residential lots, it is best located near water where soil will be undisturbed. It is often planted near retention ponds and lakes for a dramatic softening effect. 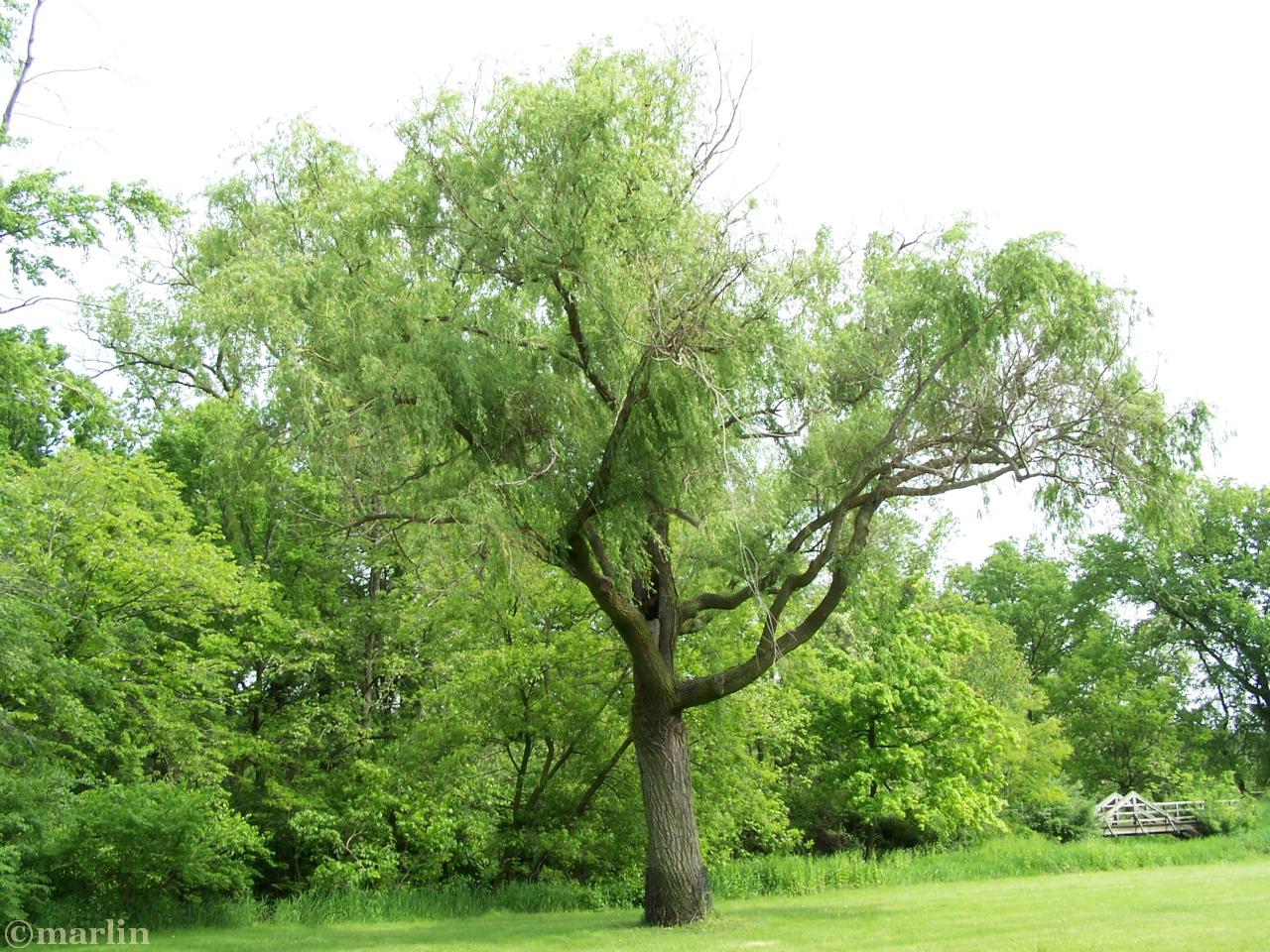 Care should be taken not to locate weeping willows near underground water or sewer lines or close to septic tank drain fields where the roots could cause significant damage. Roots are aggressive and will spread about three times the distance from the trunk to the edge of the canopy and often grow on the soil surface.

Willow bark was steeped as tea by native Americans, and the young twigs and bark chewed to relieve headaches. It was later found the active ingredient was salicylic acid, the basis of today’s aspirin. “Salicylic” derives from the willow genus Salix, as does the family name Salicaceae.

Weeping Willows should be grown in full sun or very light shade and will tolerate a wide range of soil conditions, including alkaline pH. All willows will need initial pruning and training when young to develop a strong, central trunk with branch crotches as wide as possible. This will increase the longevity of the tree and help overcome the problem with brittle wood, but the trees are usually still short-lived, rarely reaching 60 years old.

Family Salicaceae — Willow, Cottonwood, Aspen
There are only two genera in this family, Salix (willows), with about 300 species, andPopulus (poplars), with barely 40 species. Salicaceae are found throughout the temperate parts of the world, with the majority of species occurring in the north; both willows and poplars have a strong affinity for water.