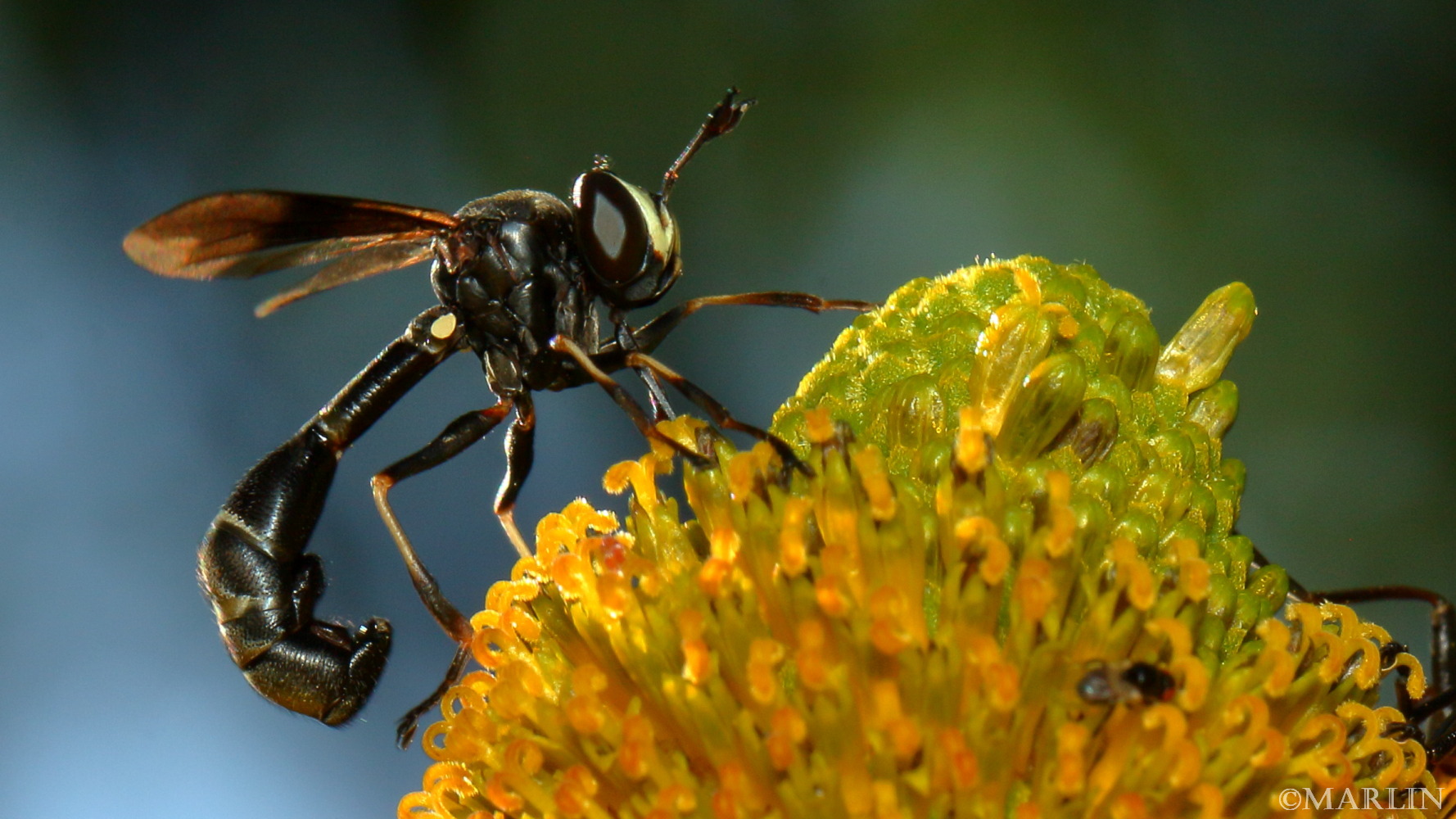 Conopids are most frequently found at flowers, feeding on nectar with their long proboscis.  Conopidae is distributed in all the zoogeographic regions except for the poles and many of the Pacific islands. About 800 species are described worldwide, approximately 67 of which are found in North America.

If you’ve ever seen one of these flies, you’ll know how the word ethereal applies to its habit. The above specimen is only about 10mm – much smaller than the individual pictured below, which is about 15mm. 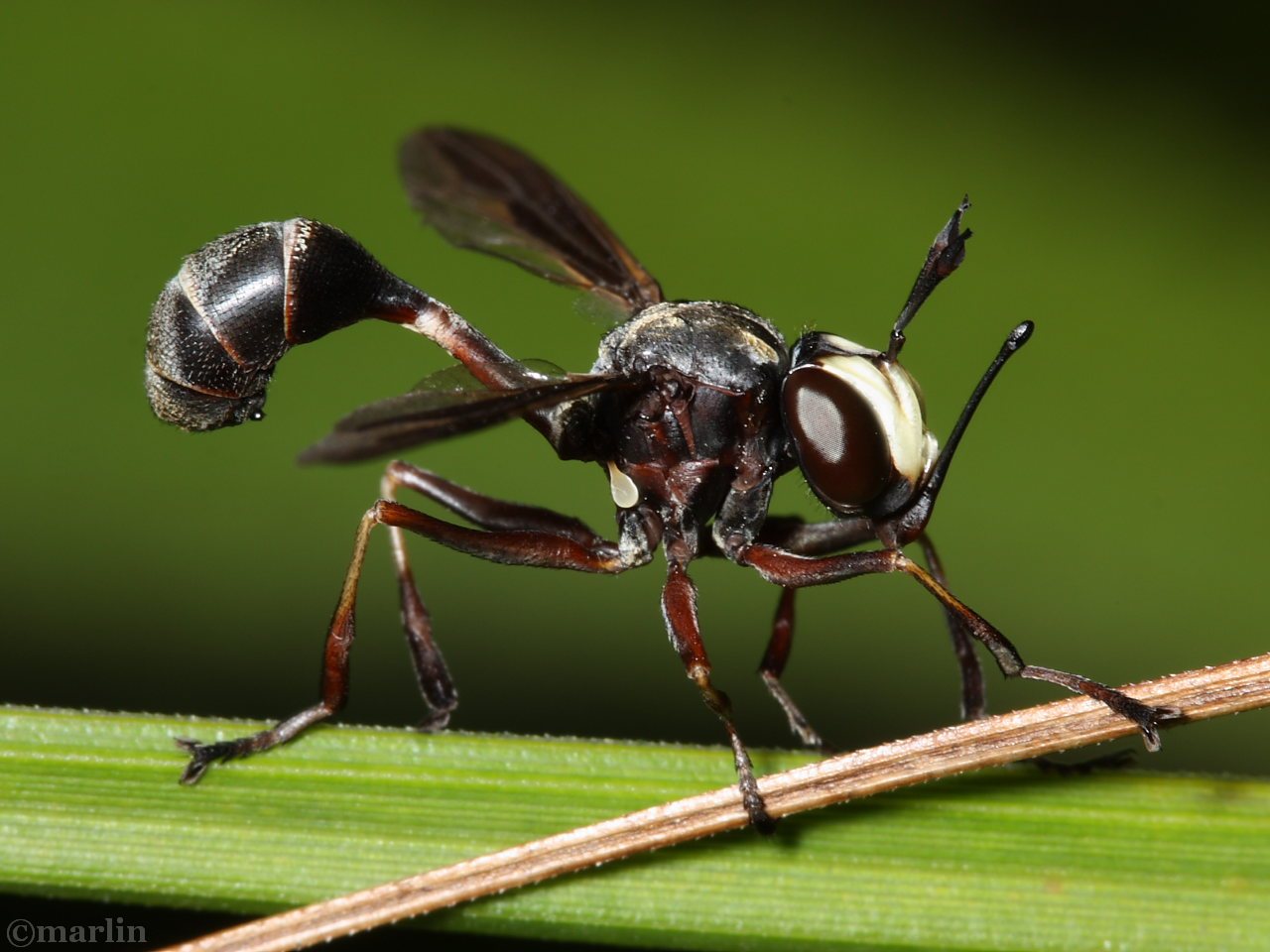 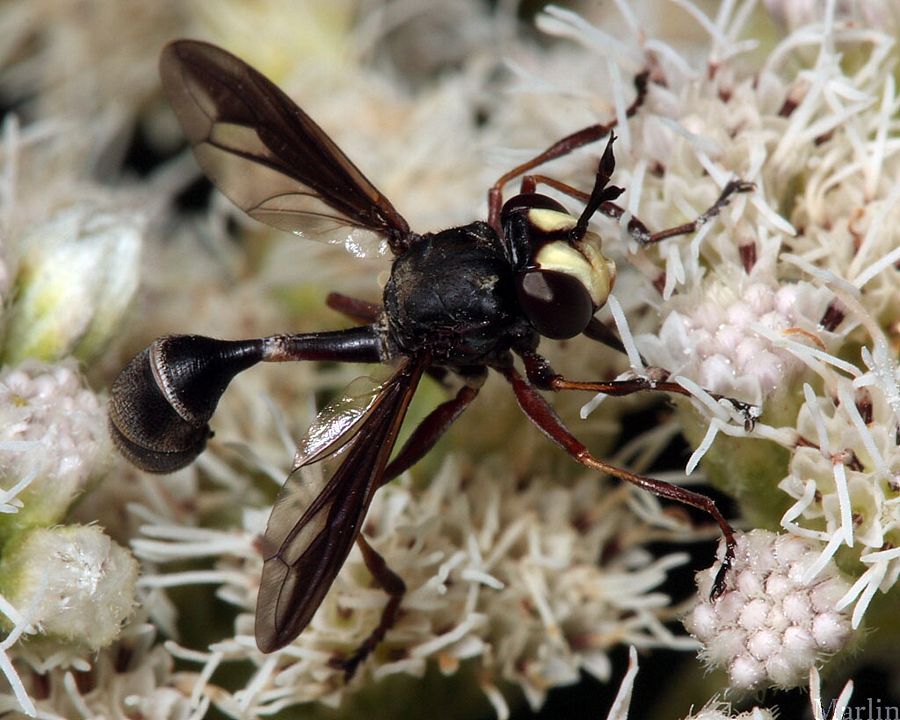 This species’ wings are colored to mimic the dark, narrow wings of the vespid wasps, especially the potter wasp (below).

The majority of conopids are black and yellow, or black and white, and often strikingly resemble wasps, bees, or flies of the family Syrphidae, themselves notable bee mimics. The larvae of all conopids are internal parasites, most of aculeate (stinging) Hymenoptera. Adults are said to alight and deposit eggs on their flying hosts. 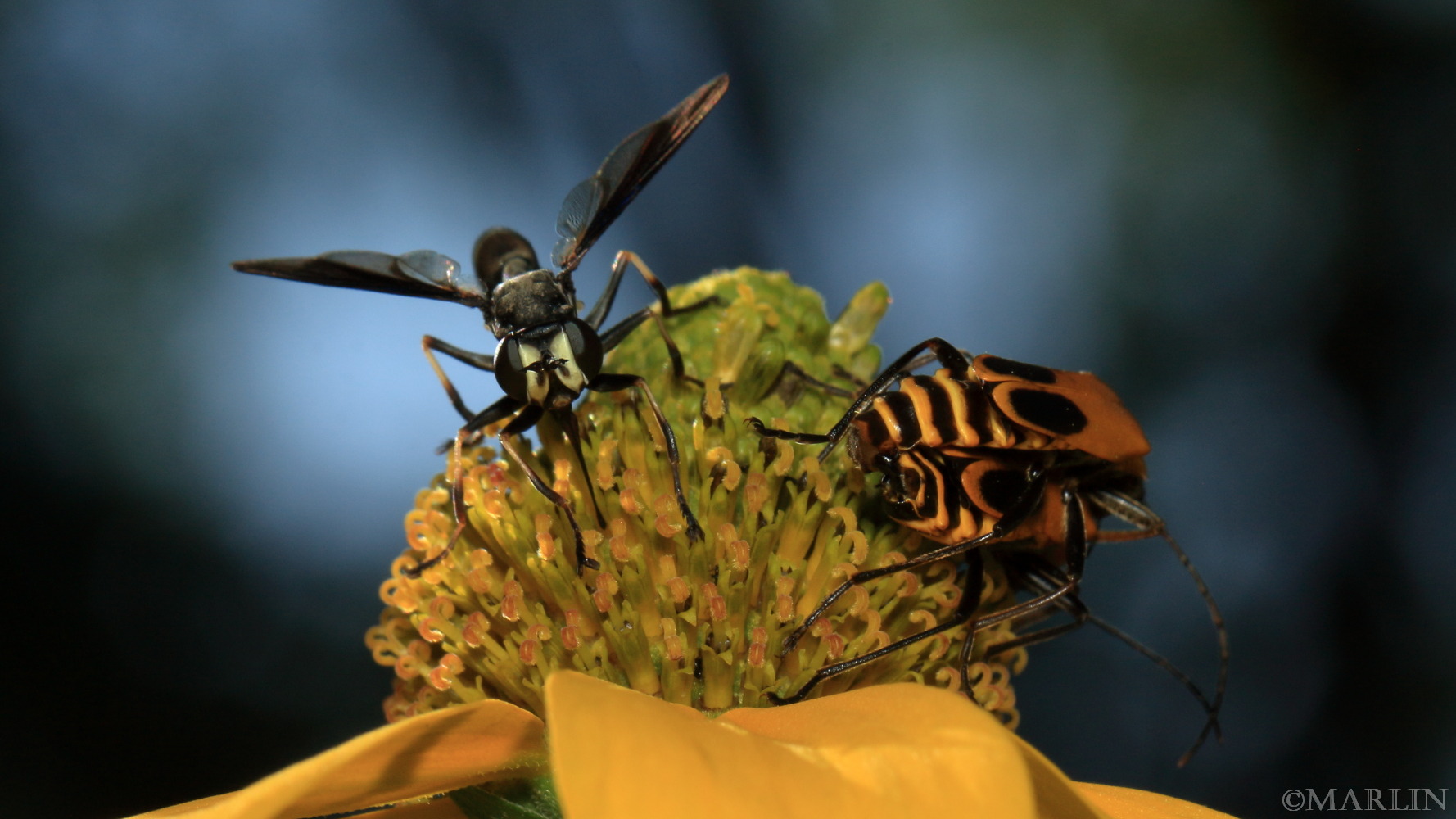 An insect’s world is a colorful place!

Flies of North America – Order Diptera. Flies are prevalent in virtually all habitats, with over 16,000 species in North America. Flies can be distinguished from all other insects in that they only have one pair of normal wings. Most flies have compound eyes and mouthparts adapted for piercing, lapping or sucking fluids.
Insects & Spiders | Flies Index | Syrphidae | Bombyliidae | Robber Flies