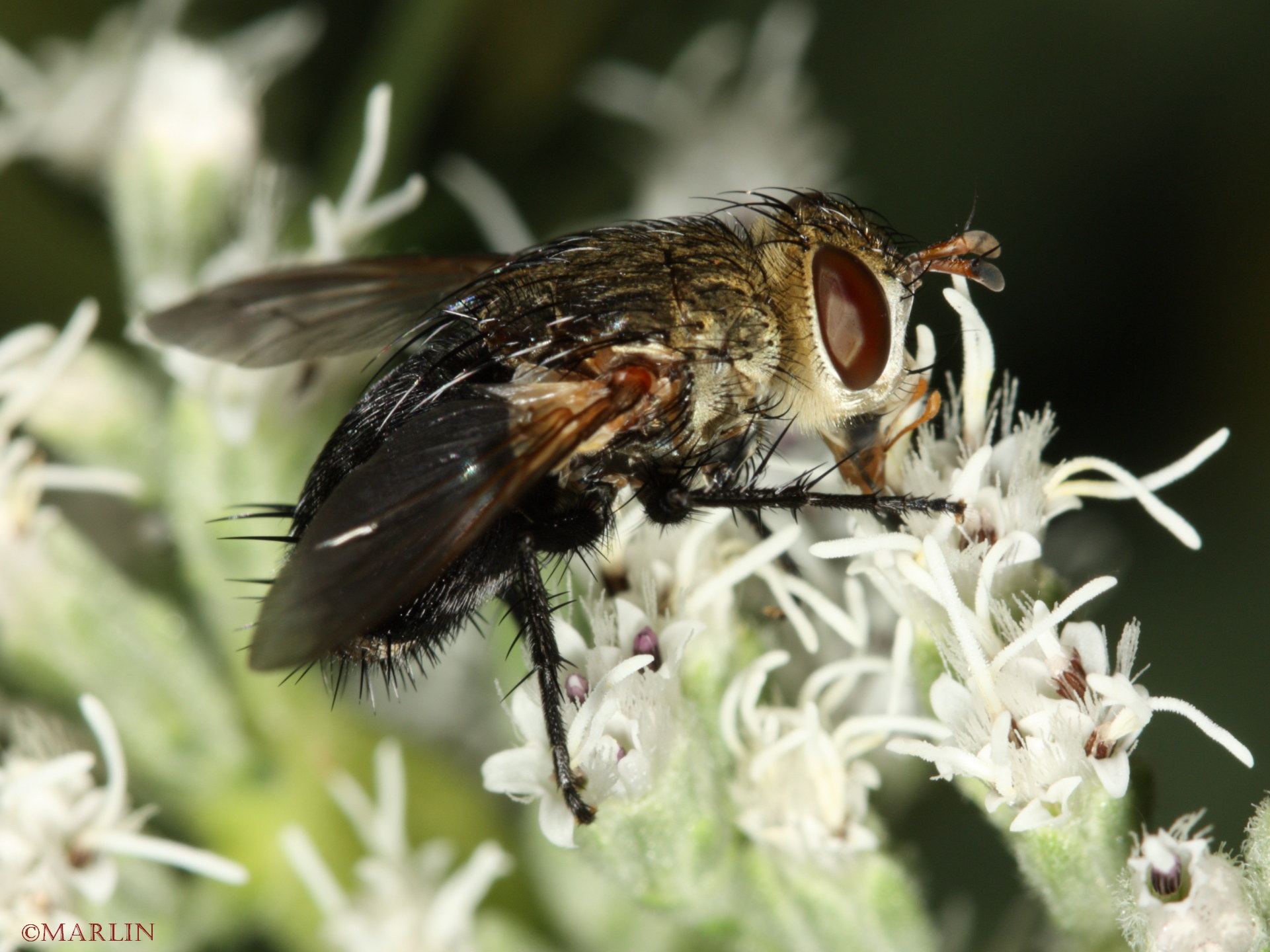 Tachinidae is a large and diverse family of flies (Diptera) consisting of about 10,000 described species worldwide and about 1400 described species in America north of Mexico. All tachinids are internal parasitoids of other arthropods during their larval stage. Hosts are primarily immatures of moths, sawflies and beetles, and adults of beetles and bugs. 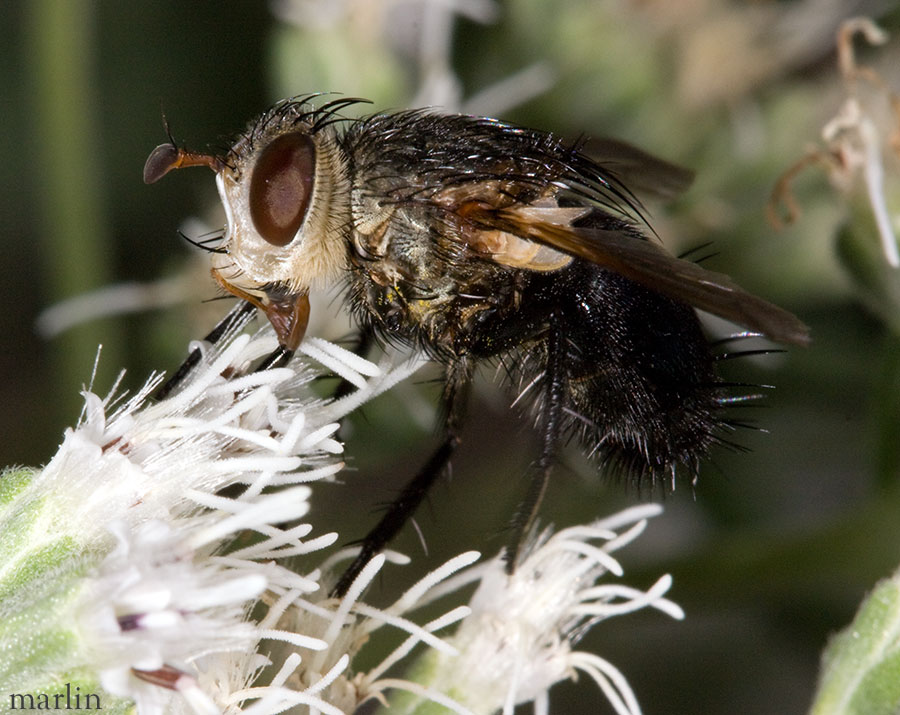 This tachinid fly is one of my favorites. It’s a huge, hairy fly with a blue metallic abdomen. I frequently encounter it nectaring on flowers and mucking about amongst the vegetation, never on offal or other nasty things like many of the more disgusting fly varieties. I would not allow just any fly to walk my skin with impunity; Archytas is just, well, special. (My affection is probably misplaced, and this bugger is just as filthy and revolting as all the others, but what can I say?  One has to find something pleasant to think about.) 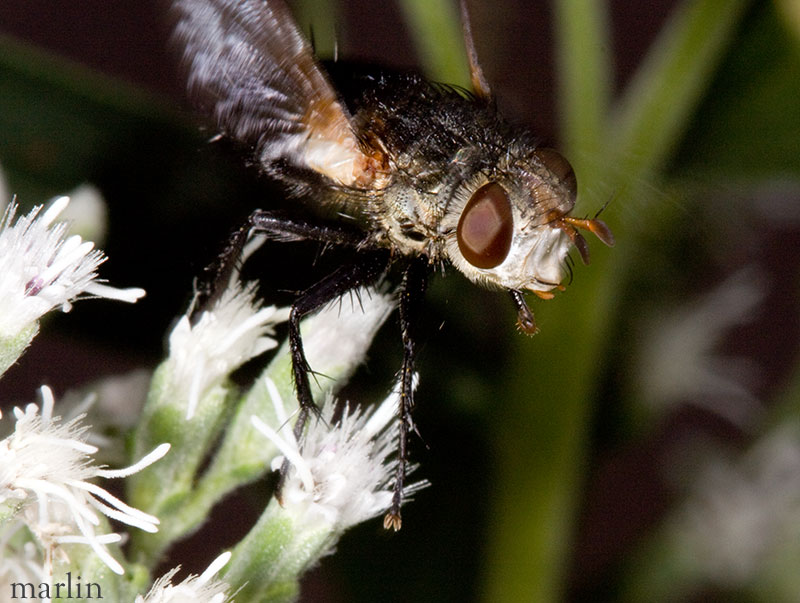 Few tachinids are known to be host-specific, although some species of the genus Phasiinae are limited to a few Hemiptera hosts. Many tachinids will attack insect hosts in 2 or more different orders. Many tachinids parasitize major agricultural pests of food or timber crops, and have potential for use as biological control agents, but most attempts at using them in such wise have been dismal failures.

Among the methods tachinids use to infect their subjects are the oviparous species that place large, macrotype eggs directly on the body of the host, the micro-oviparous, which place tiny, microtype eggs on foliage or other foodstuffs being consumed by the host, or the larviparous, which retain their eggs until maturity; these eggs hatch immediately upon being laid on or near the target. Some female tachinidae that attack bugs or beetles have piercing ovipositors much like wasps in the Hymenoptera family Ichneumonidae.

Adult flies can be found almost anywhere. I usually see them feeding at flowers or amongst low vegetation.