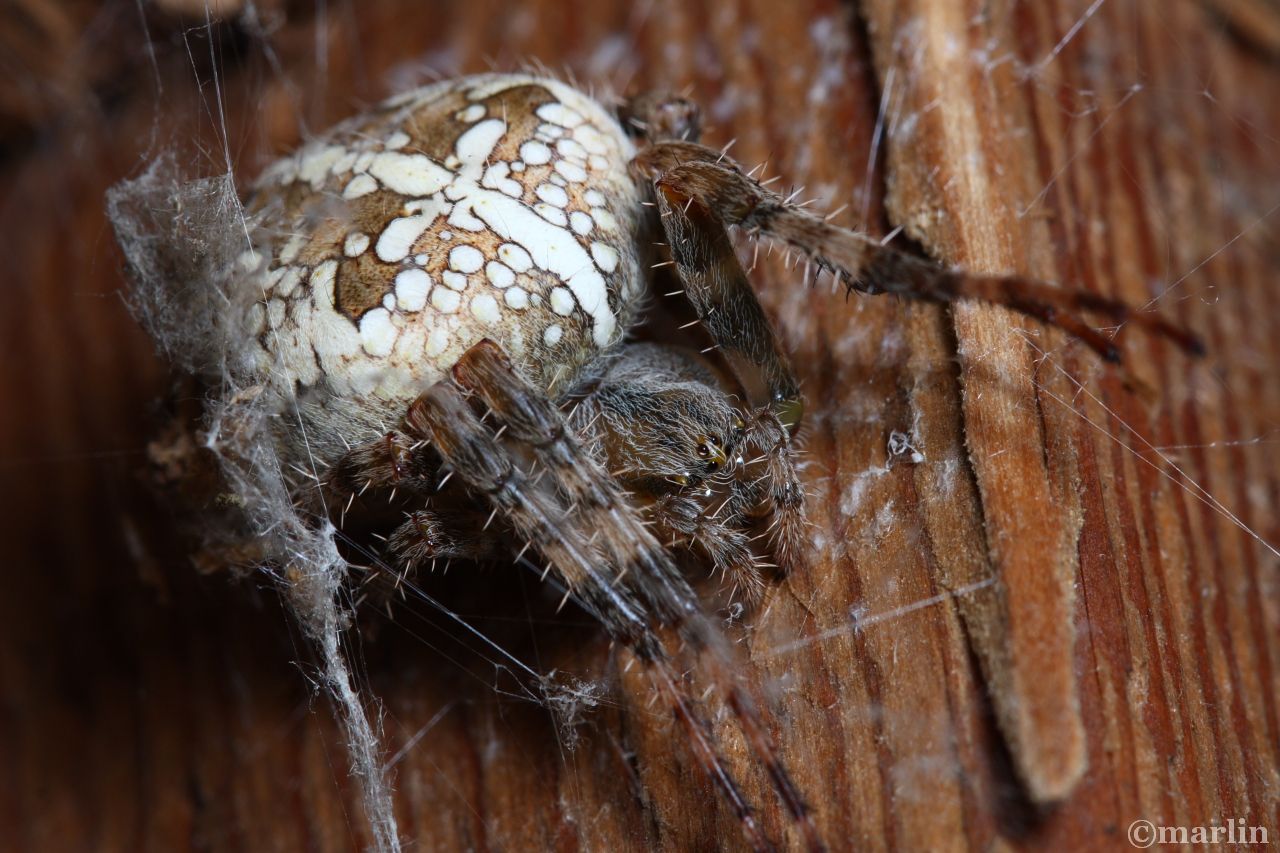 This large female orb weaver was found in a wooden picnic shelter at Wheaton, Illinois. I was able to pull a picnic table over to where she was hiding in the rafters, under the eaves of the structure, and photograph while standing with one leg on the picnic table and one foot on the fence rail 4 feet away. It was tricky, to say the least. Plus I had to avoid damaging her orb web which was about 1 foot away from her hiding place. I’ll admit I prodded her to get the side shots. Although the air temp. was 80 degrees, she was rather lethargic.

The species epithet diadematus refers to a diadem, “A jeweled crown or headband worn as a symbol of sovereignty.” It’s easy to see the resemblance of the abdominal markings to a crown worn by English royalty, or at least royalty adhering to the Christian faith. Indeed, the tendency in recent years is to commonly call this spider the “cross” spider, but I prefer the more literal interpretation of the nomenclature: Crowned orbweaver. 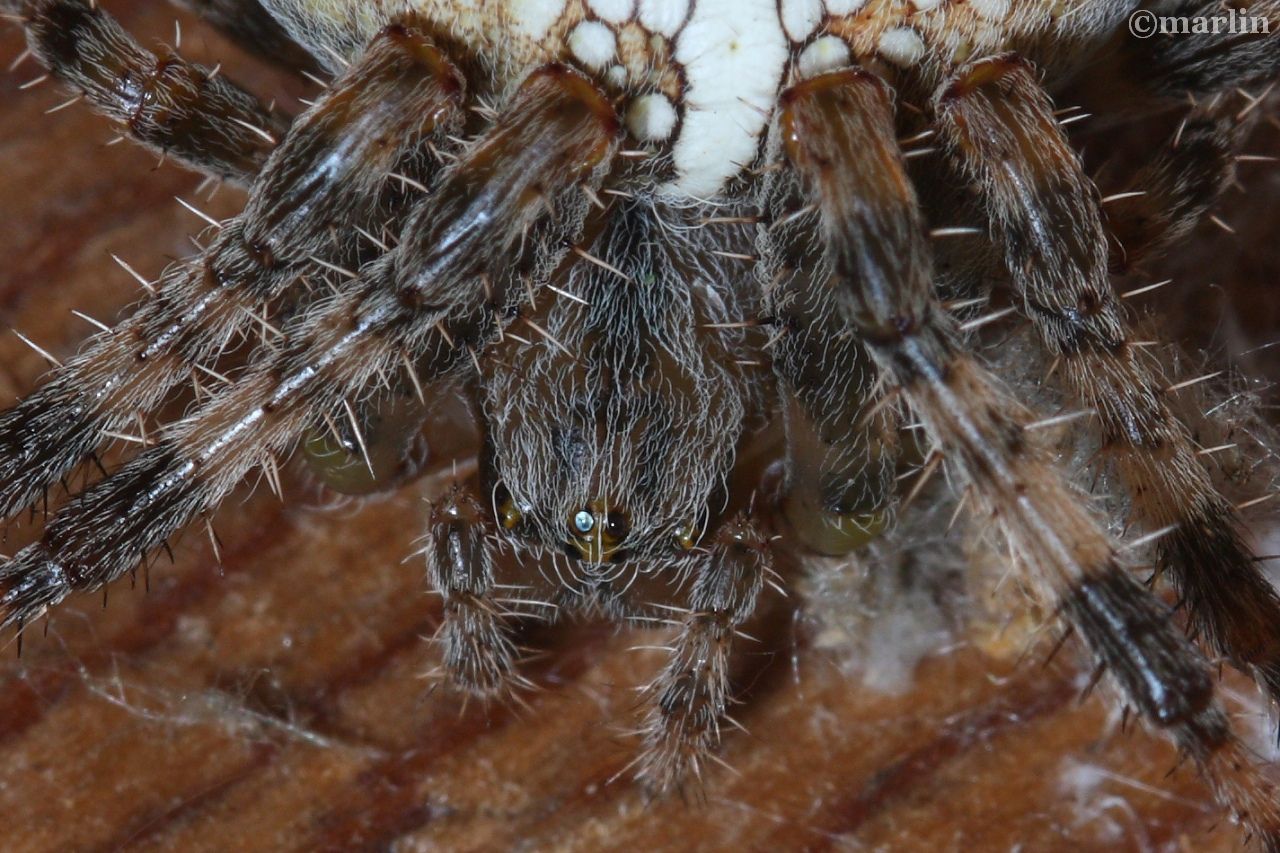 I visited her twice more over the space of 4 weeks. Last I saw her, Oct. 10th, she was still sitting in the same place, but no longer maintained an orb web. I assume her business was done, although I never was able to locate any of her mates and I never saw any egg cases. 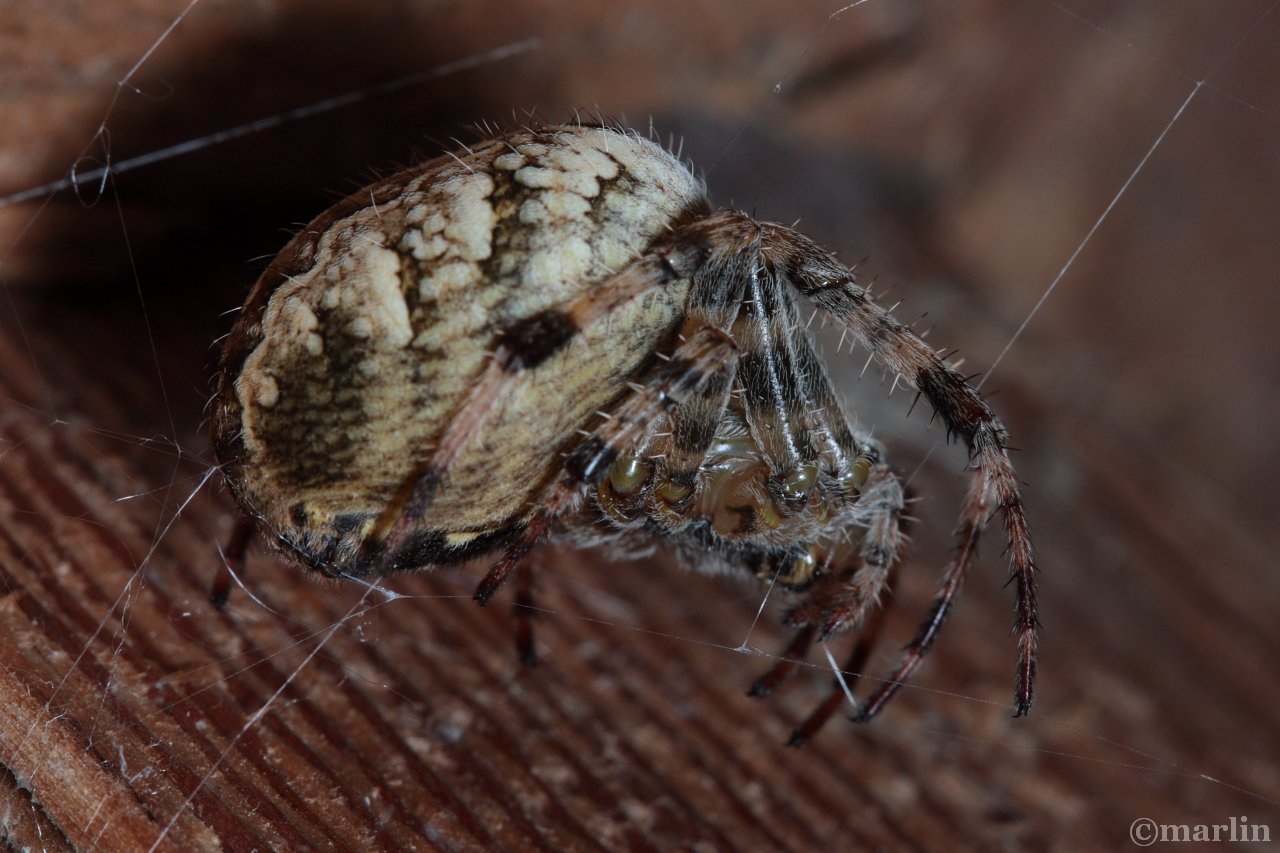 There are over 3,000 species of orb weavers in 170 genera worldwide. They form the third largest family of spiders, behind only Salticidae and Linyphiidae [1]. They are of course known for their large (sometimes very large) circular webs, which the females build amongst weedy fields, in trees, and around many man-made wooden structures such as bridges and barns. 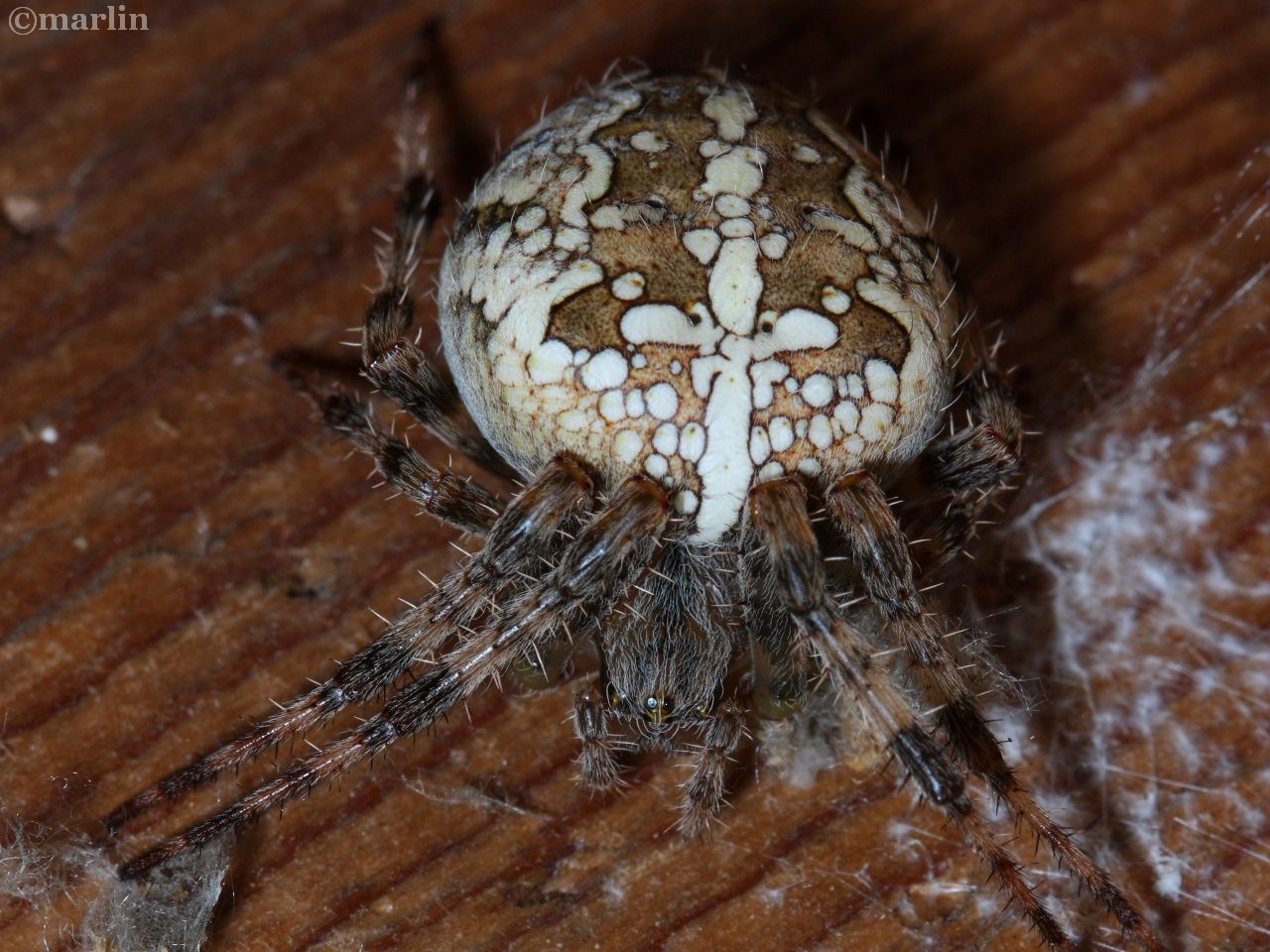