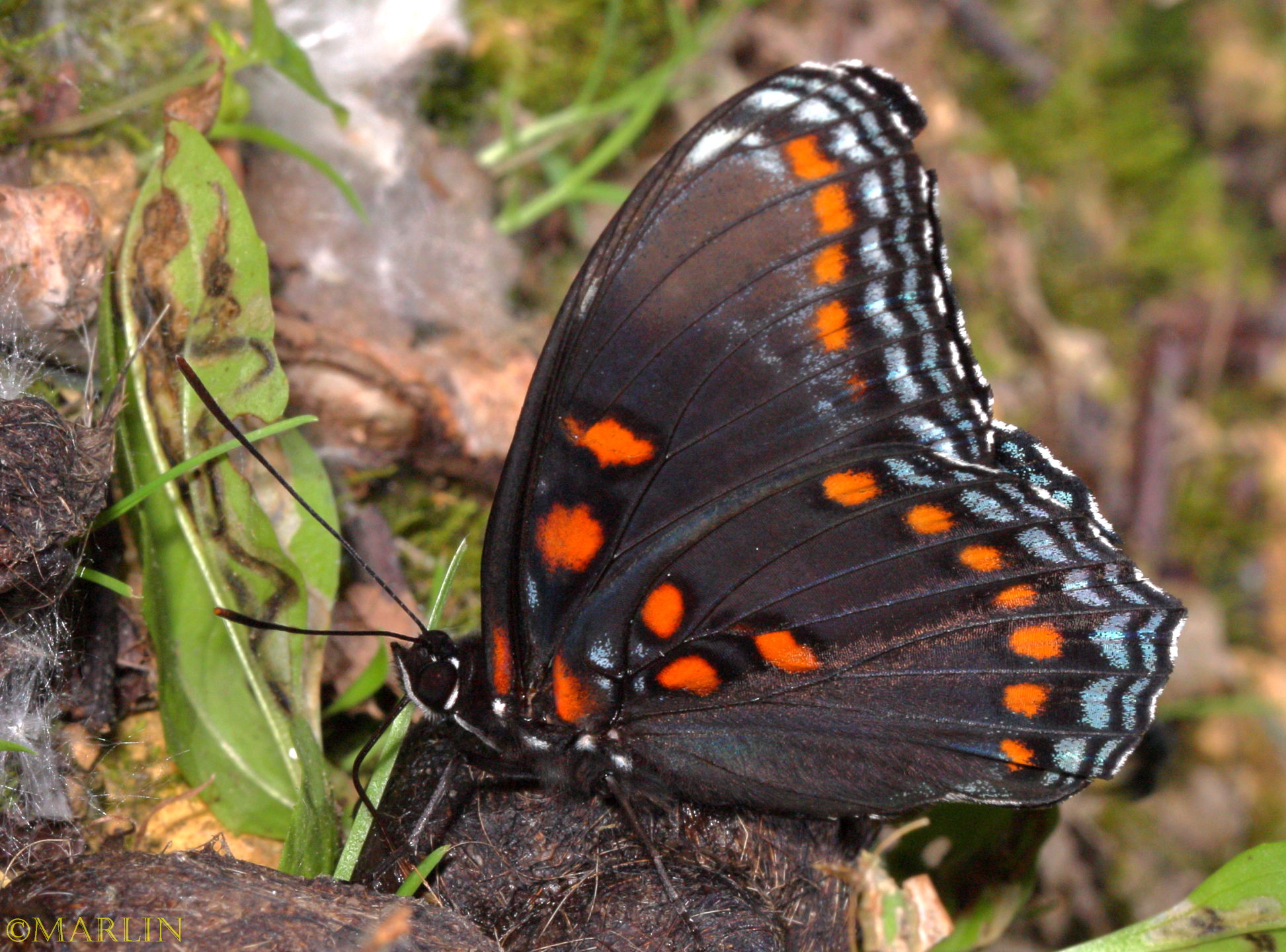 On a hot spring day at Castle Rock State Park near Oregon, Illinois, I came upon this somewhat-tattered red-spotted purple taking sustenance from a pile of fresh coyote scat consisting mostly of undigestible hair and sinew. She was sharing her bounty with a small green halictid bee. I believe both were imbibing via their respective proboscides what is technically called poop-water. 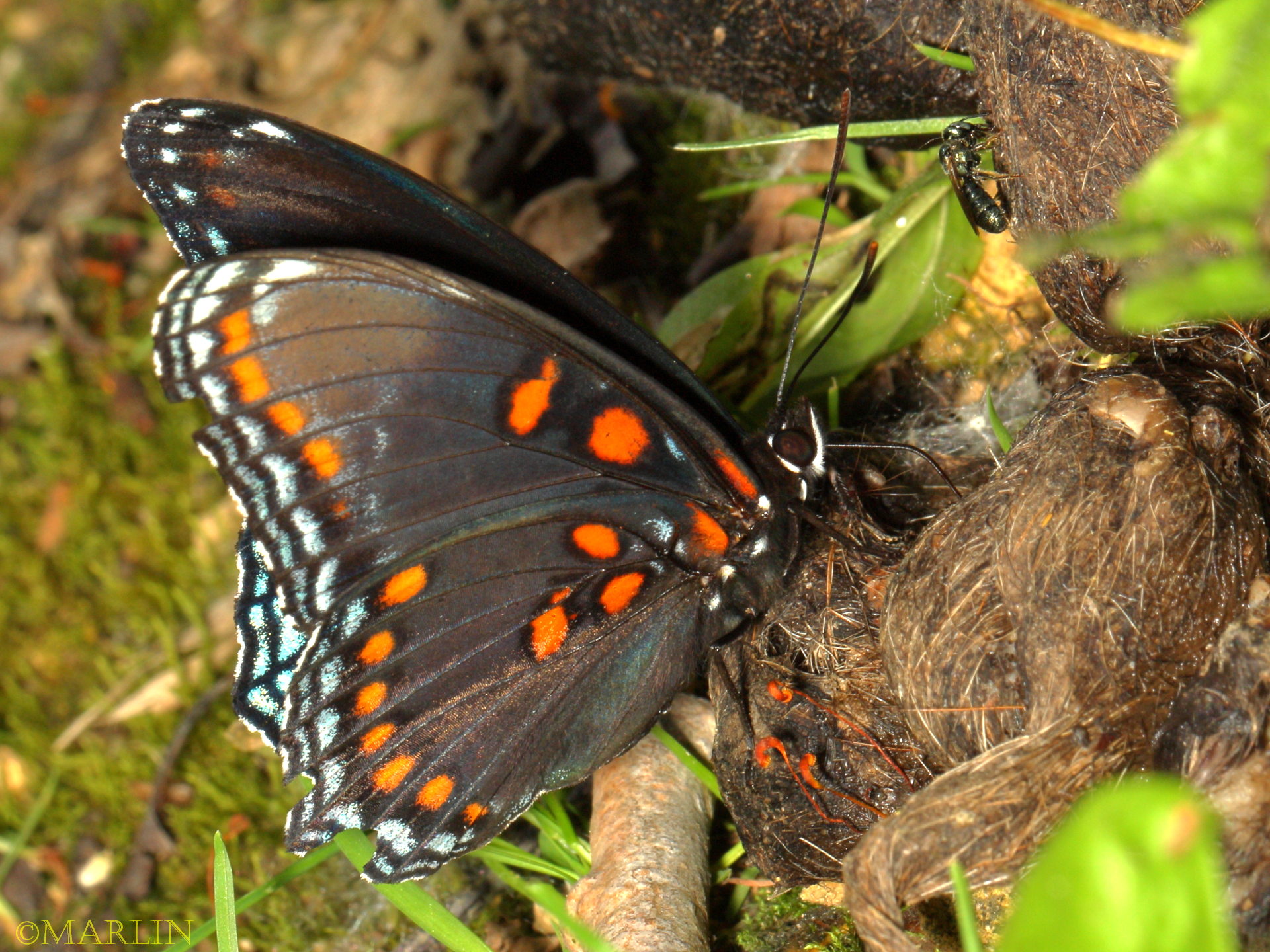 I most often find the red-spotted purple patrolling the edges of forest clearings and perching on low branches or on the ground.  RSPs obtain moisture and food from scat or moist soil or damp, soft rocks like sandstone or limestone. It is thought the RSP is a mimic of the poisonous Pipevine Swallowtail (Battus philenor), and hence gains protection from predacious birds. 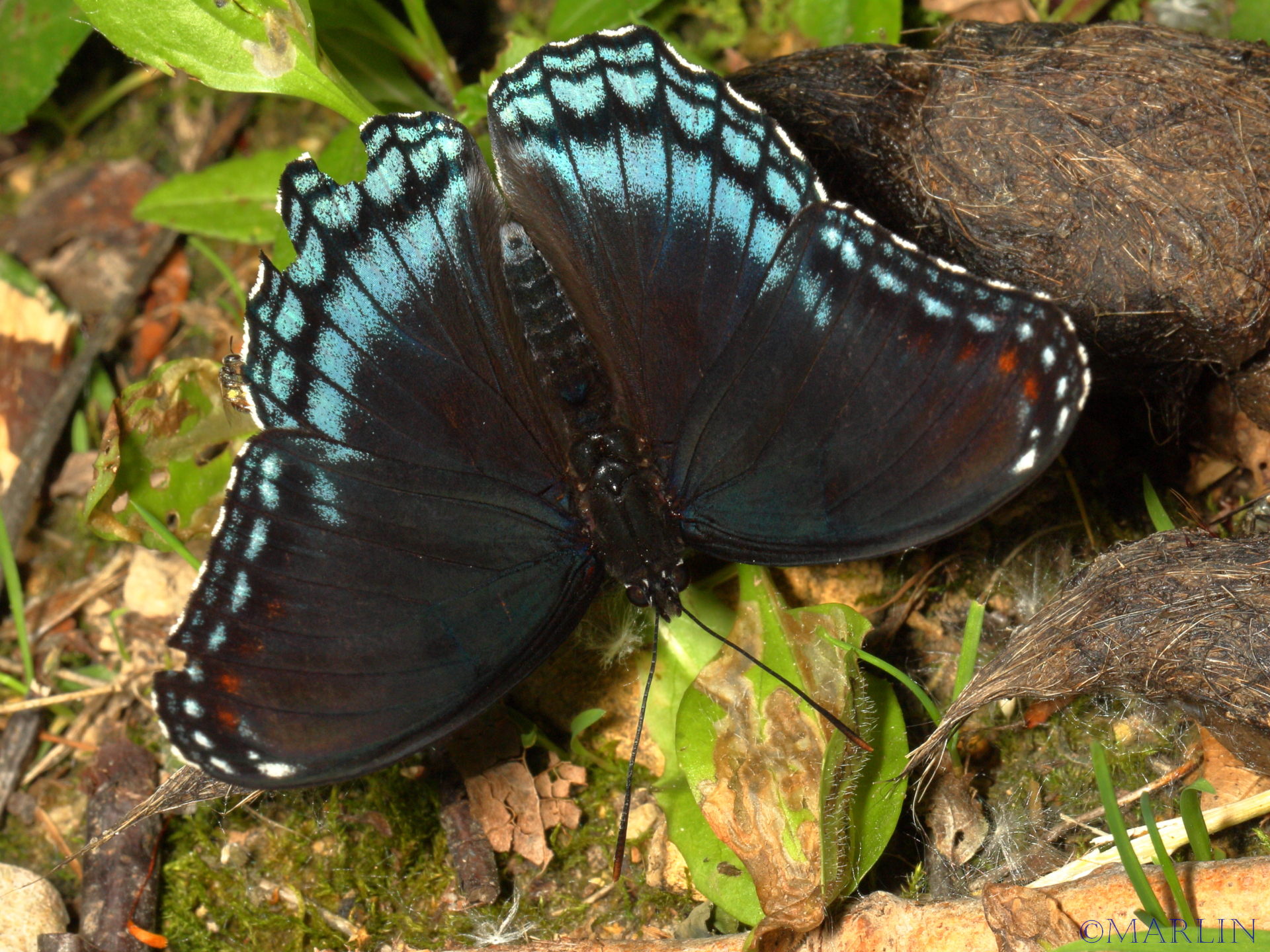 RSP has an Halictid Hitchhiker – can you spot her?