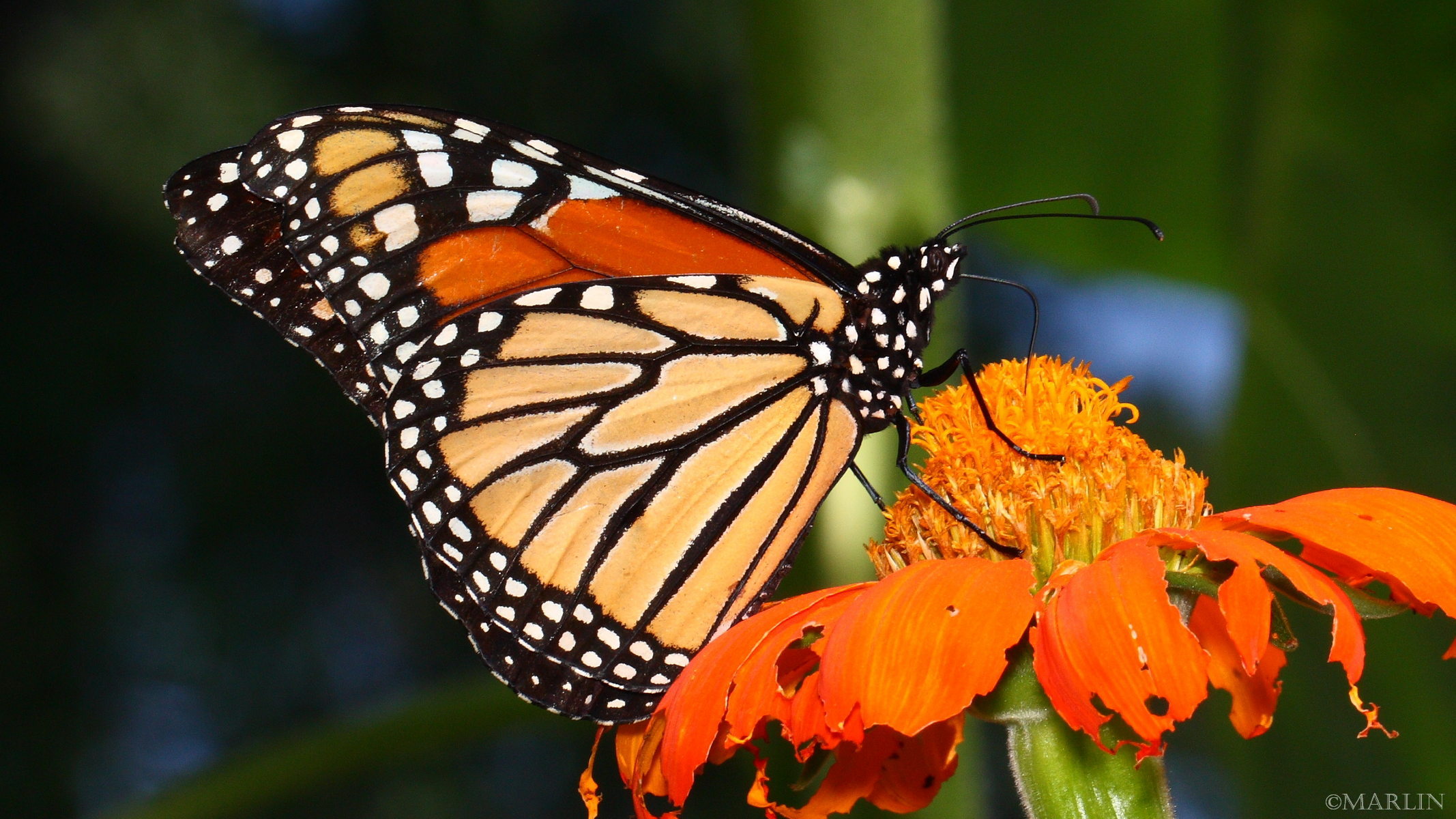 The Monarch is easily North America’s most famous butterfly. Common throughout the U.S. and southern Canada, the Monarch is found just about everywhere there are open, sunny areas. Caterpillars feed almost exclusively on milkweed plants which contain toxins that render both the larva and adult butterflies extremely distasteful to predators. 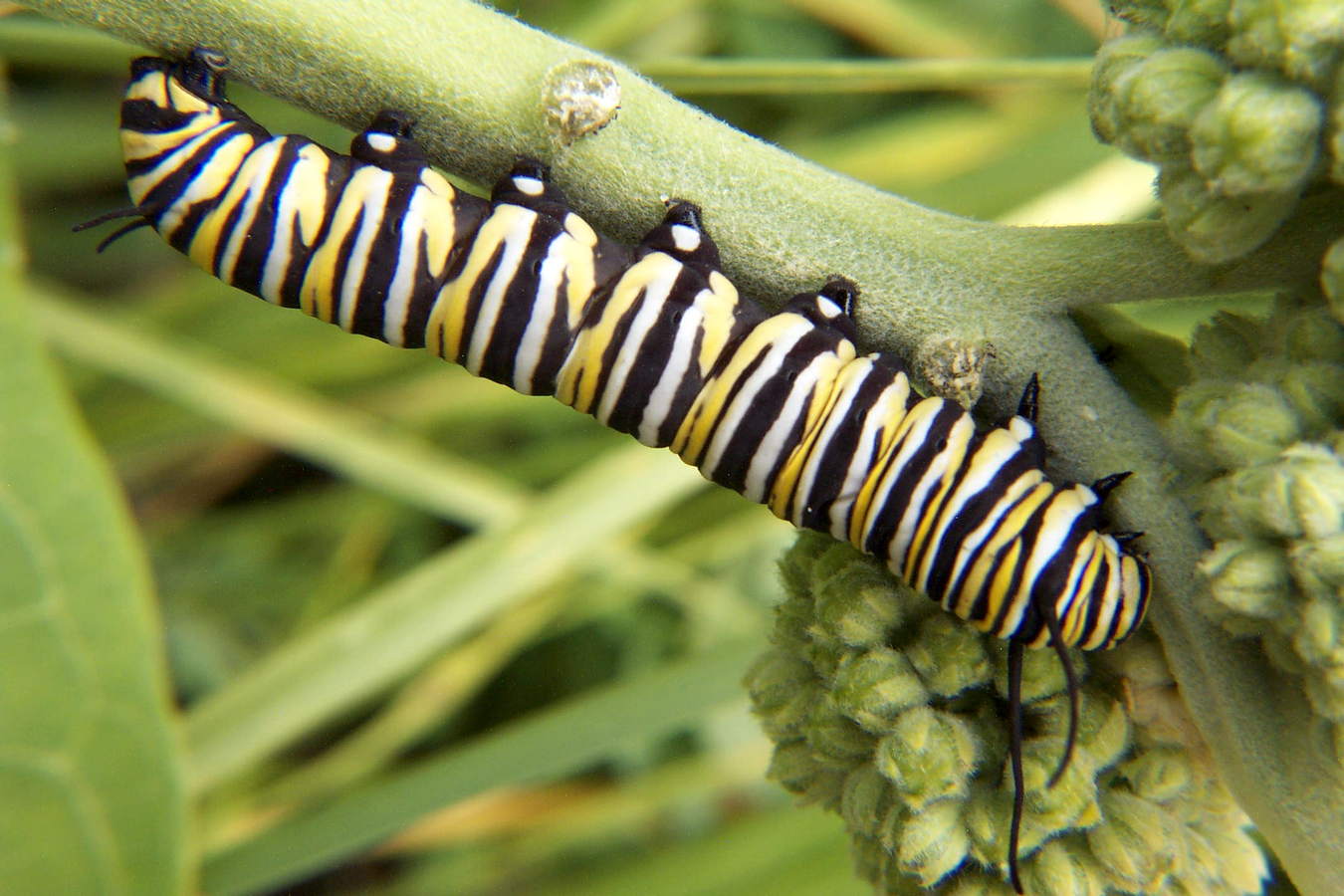 Annually, hundreds of millions* of monarch butterflies from the eastern U.S. and Canada migrate to central Mexico – a trip of as much as 2,000 miles. There, they overwinter in protected areas in the mountains in a state of diapause, living off fat reserves much the same way hibernating mammals do. Far Western and Sierra Nevada Monarchs fly to the central and southern coasts of California, overwintering in Pacific Grove and other locales. Winter butterflies are sluggish and do not rproduce; they venture out in search of nectar on warm, sunny days. The winter survivors begin their journey northward about mid-March, laying millions of eggs in the southern U.S. As each generation hatches, they move progressively farther north and continue the cycle until their entire range has been repopulated for the summer. Both Mexican and international efforts are underway to protect the millions of Monarchs that flock to California and Mexico. In California, nearly all the roosting sites face pressure from development and urban sprawl. 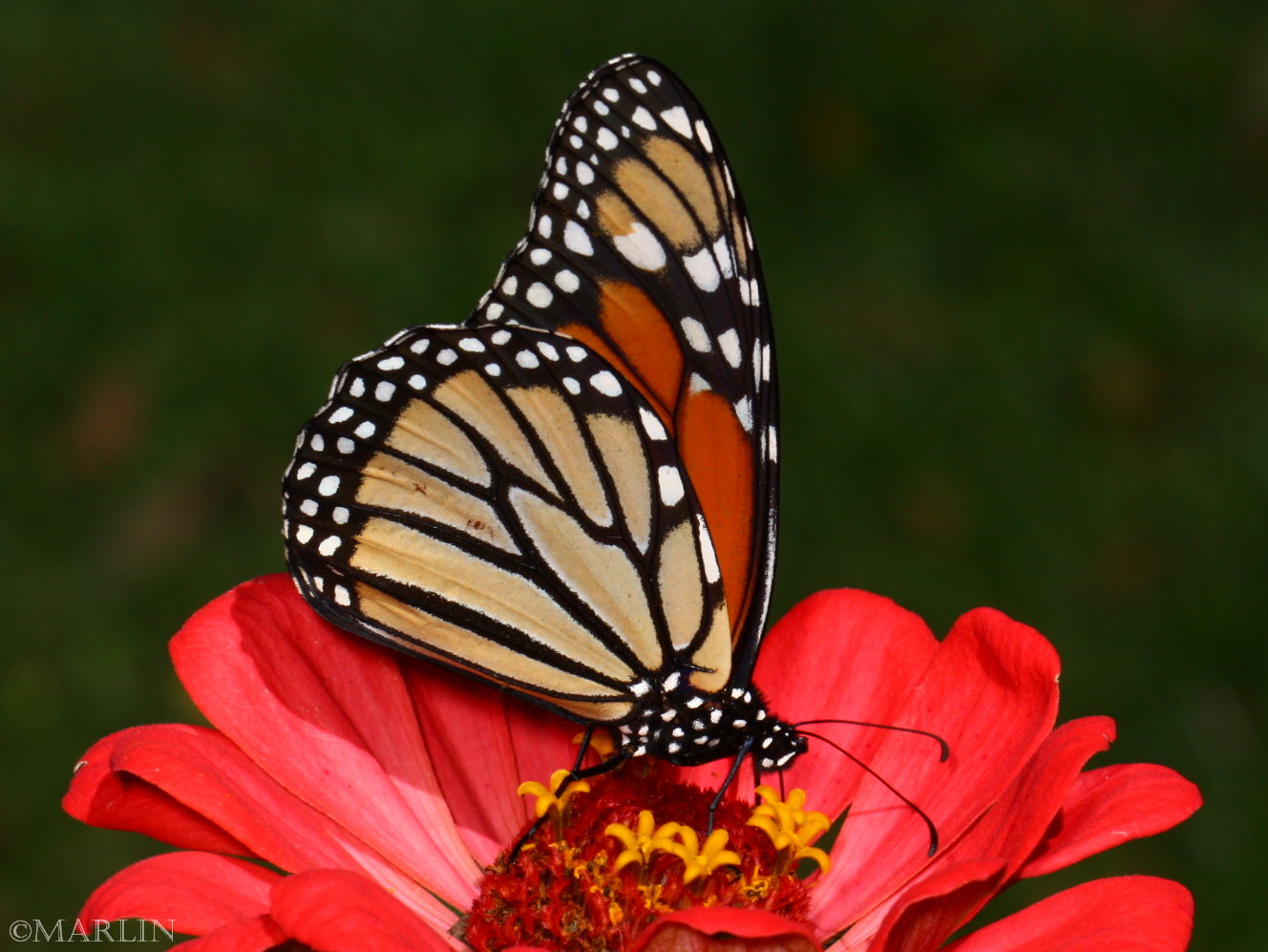 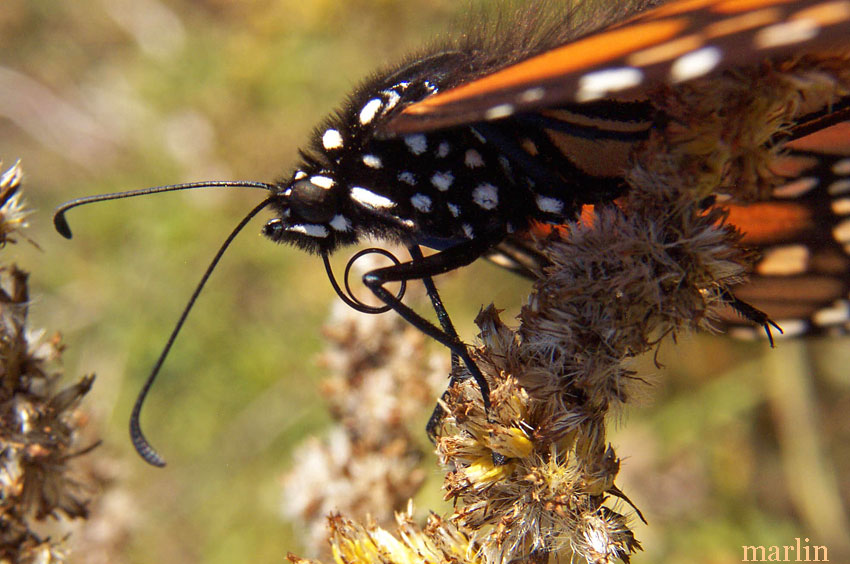 It is thought the dramatic orange and black markings of the adult butterfly advertise its unpalatability, detering attack. (Such coloration is known as aposematic, or warning color). In any event, the emetic qualities of the toxins quickly discourage any animal foolhardy enough to eat one. The Viceroy and Queen butterflies sport similar color patterns and share the same host plants – thereby reinforcing the lesson across the species.