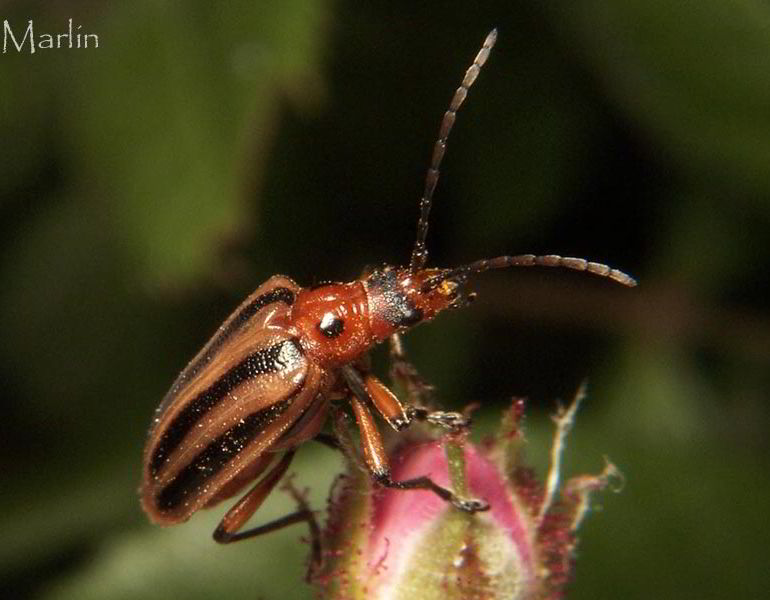 Most Cerambycidae larvae feed within dead, dying or even decaying wood, but some taxa are able to use living plant tissue. Girdlers (adults of the Onciderini, larvae of genera in the tribes Methiini, Hesperophanini and Elaphidiini) sever living branches or twigs, with the larvae developing within the nutrient-rich distal portion. The larvae of a few species move freely through the soil, feeding externally upon roots or tunneling up under the root crown. Most adult cerambycids, particularly the brightly colored ones feed on flowers and pollen, and as such can be important pollinators of some flowering plants. Other species consume sap, leaves, blossoms, fruit, bark or fungi [2]. 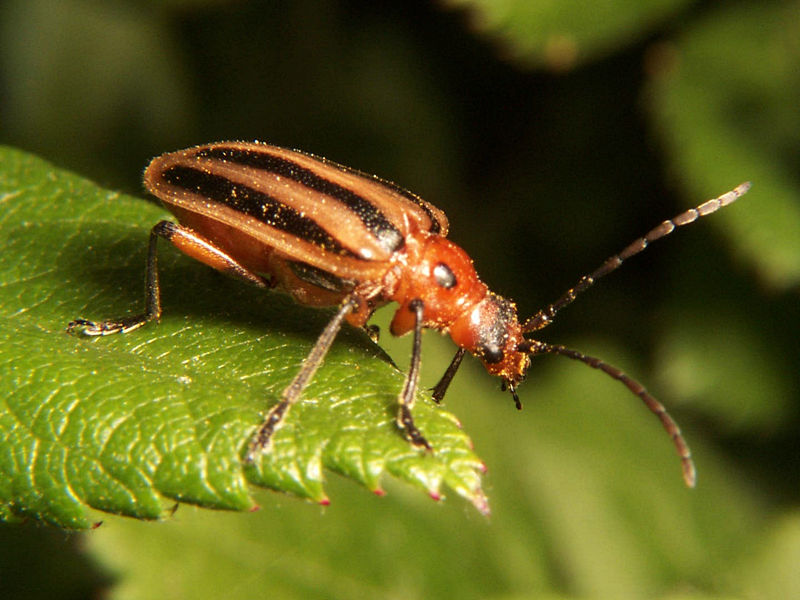 This beetle is fairly dusted with pollen

Having evolved before pollinators in Hymenoptera (bees, wasps & ants) appeared, the progenitors of our modern ornamental magnolias relied on beetles for their sexual gratification. Their large, showy flowers are a direct result of the plant's strengthening its delicate flower parts against the beetle's comparitively "rough handling" while feeding on pollen.