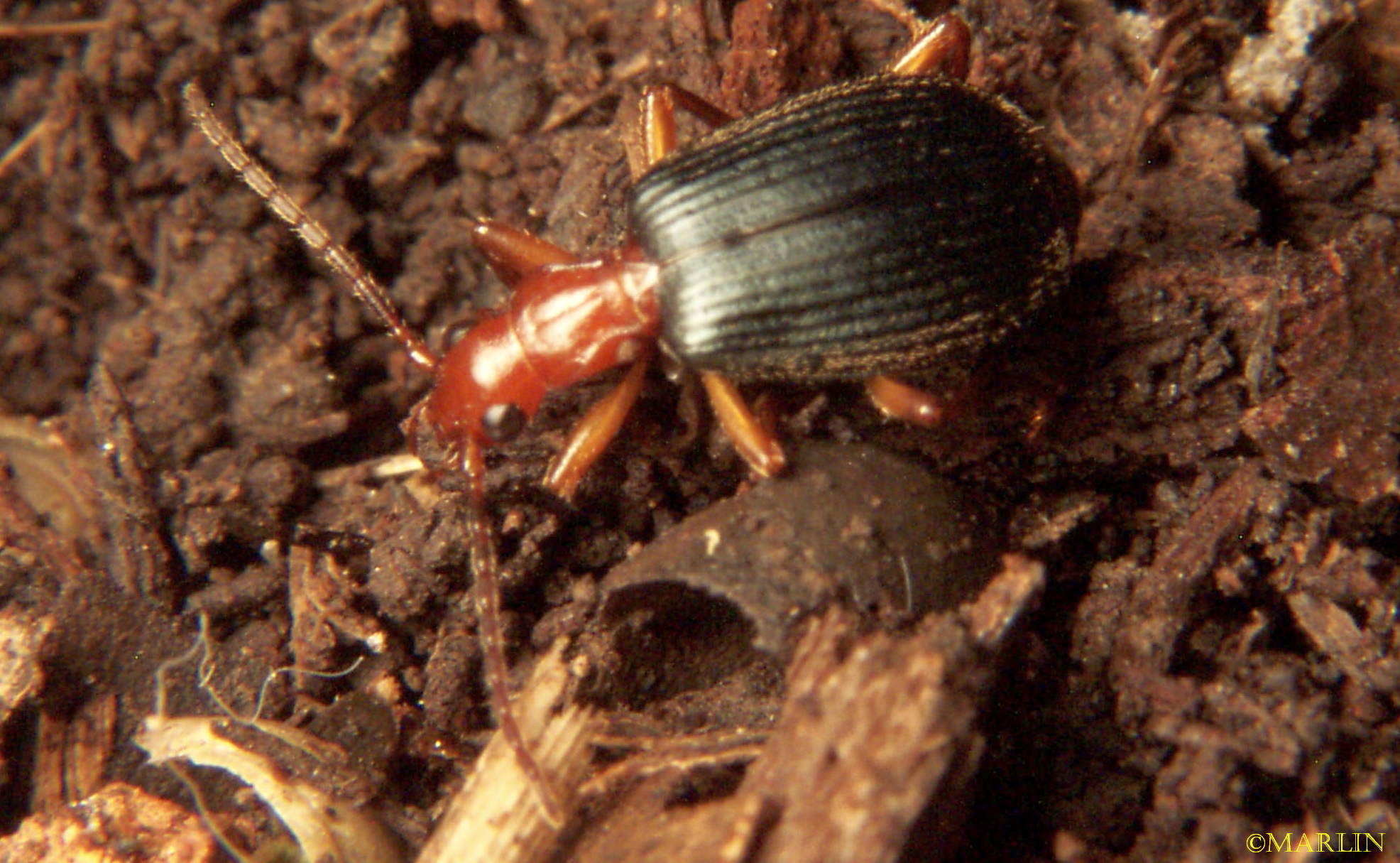 “Secretory cells produce hydroquinones and hydrogen peroxide (and perhaps other chemicals, depending on the species), which collect in a reservoir. The reservoir opens through a muscle-controlled valve onto a thick-walled reaction chamber. This chamber is lined with cells that secrete catalysts and  peroxidases. When the contents of the reservoir are forced into the reaction chamber, the catalases and peroxidases rapidly break down the hydrogen peroxide and catalyze the oxidation of the hydroquinones into p-quinones. These reactions release free oxygen and generate enough heat to bring the mixture to the boiling point and vaporize about a fifth of it. 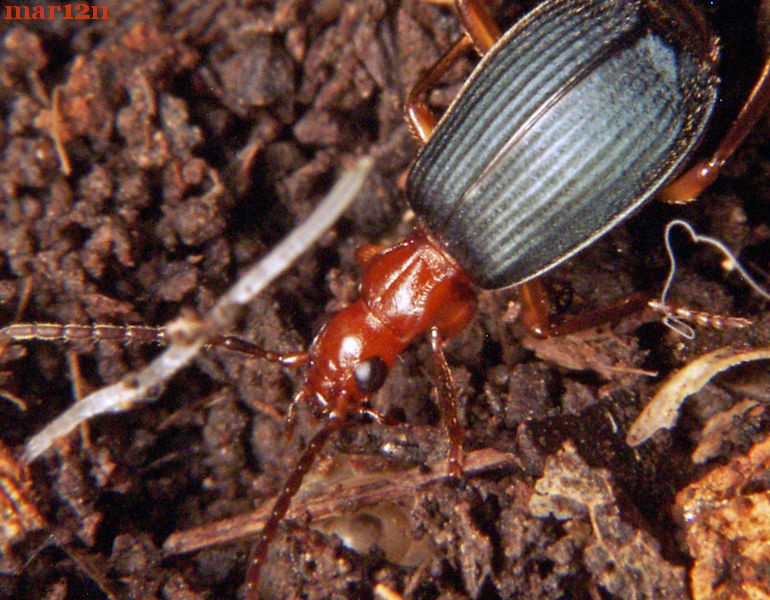 Under pressure of the released gasses, the valve is forced closed, and the chemicals are expelled explosively through openings at the tip of the abdomen. Each time it does this it shoots about 70 times very rapidly. (The spray, aimed with precision, can be pointed in any direction, including forward over its back. This by bouncing the spray off a pair of skeletal reflectors stuck from the tip of its abdomen at the moment of ejection.) This makes a loud cracking or sound as the beetle shoots, similar to a bursting balloon.”  –From Wikipedia, the Free Encyclopedia