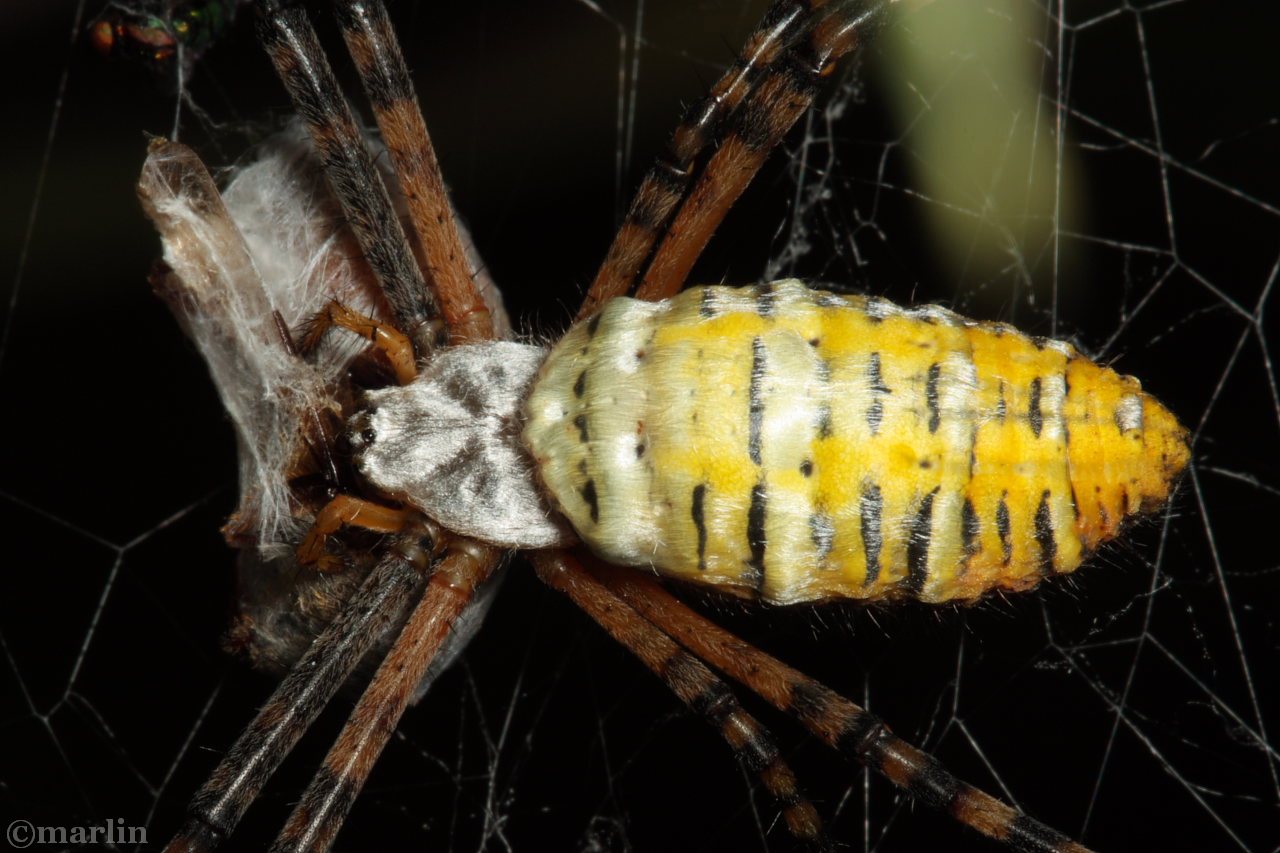 This spider is in hurry-up mode. Having just captured a paper wasp (dangerous prey for a spider), she is rapidly pulling silk from her spinnerets with her back legs and wrapping it around the wasp by spinning the prey with her front legs. As soon as the prey is immobilized sufficiently, she quickly bites the wasp several times, injecting her venom into the insect’s head, then retreats to a safe distance and allows the venom to work. The process takes roughly 15 seconds. 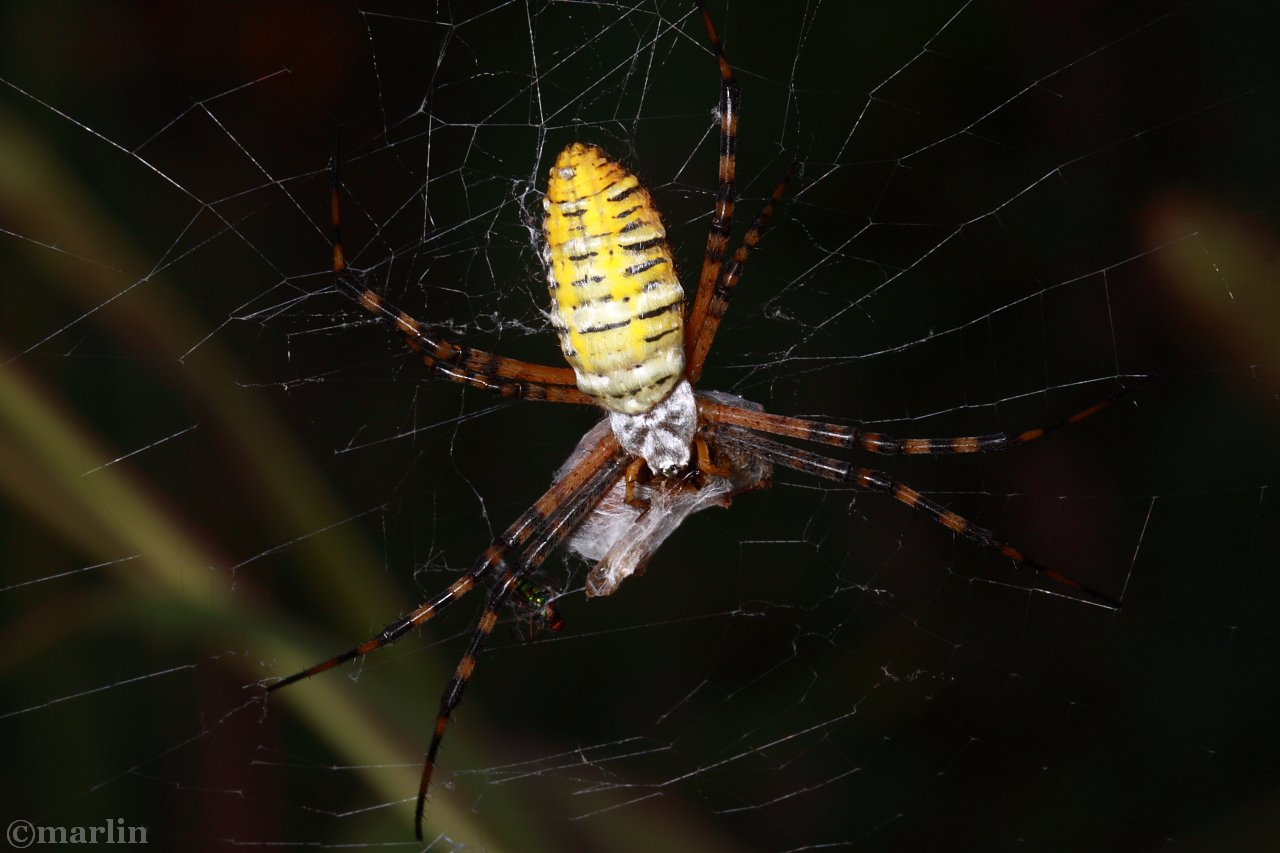 Leg span as pictured = 35mm (1-3/8″) – somewhat smaller than A. aurantia. Banded garden spiders become very active toward the middle of August here in Illinois. They actually hatch and mature in early summer, but stay mainly out of sight until they are big enough to build their signature web, and set about the business of mating and egg-laying. 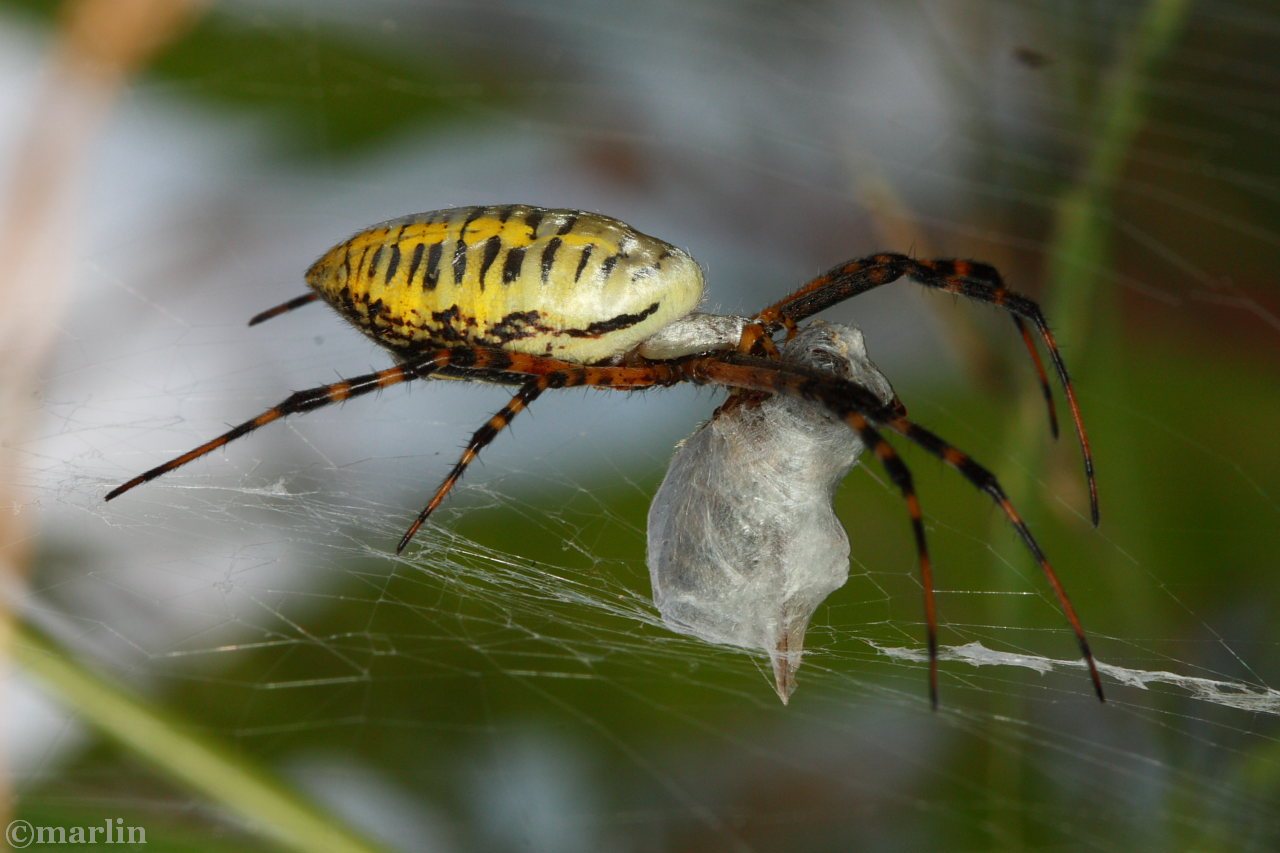 Their huge orb webs (up to 2 feet in diameter) can be found nearly anywhere there are weeds. Argiope spiders are carnivorous predators, active in the daytime, attacking insects that become trapped in their web. The spider hangs head down in the center of the web while waiting for prey. Sometimes she may hide in a nearby leaf or grass stem, connected to the center of the web by a non-sticky thread which quivers, alerting her when a customer arrives. 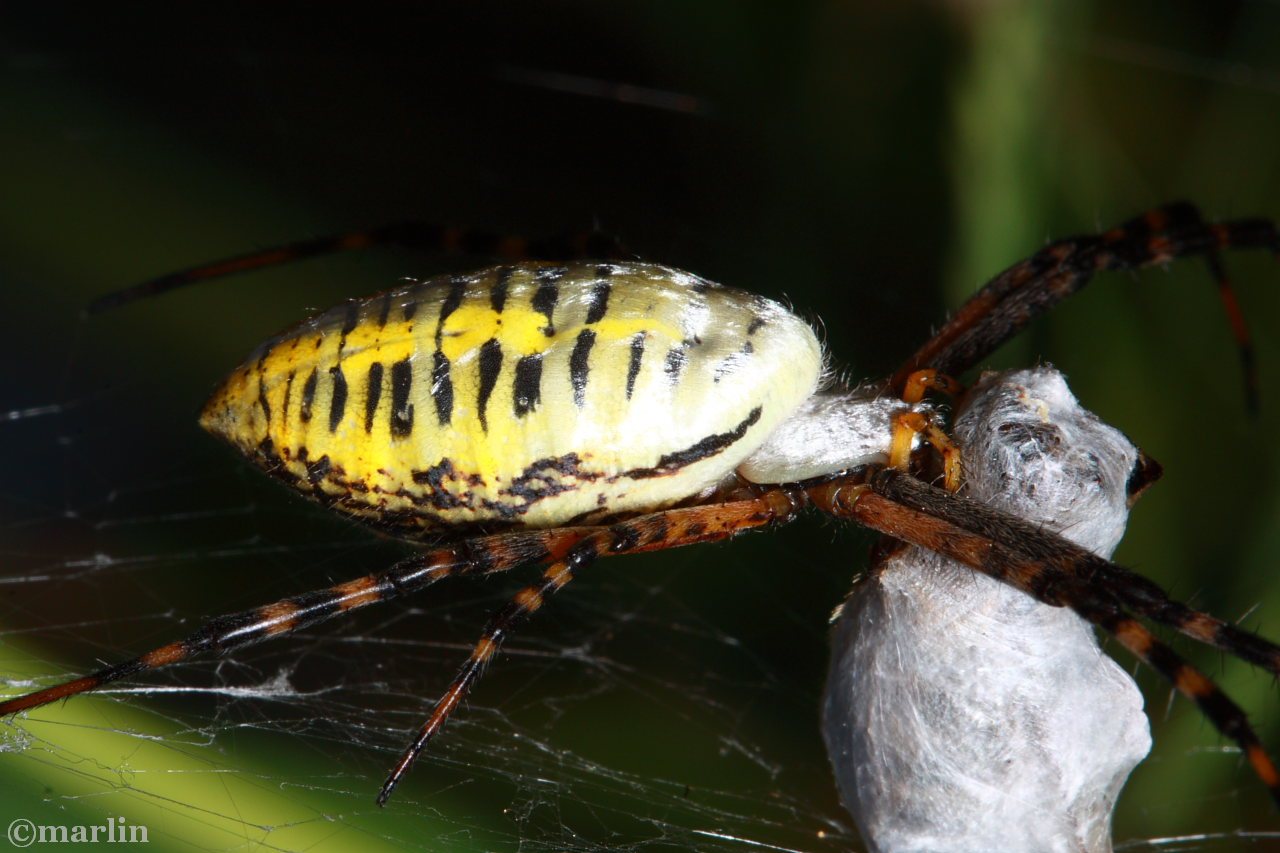 Argiope spiders often add stabilimenta, or heavy zig-zagging portions, to their webs. Stabilimenta are conspicuous lines of silk, included by many diurnal spiders at the center of their otherwise cryptic webs. It has been shown spider webs using stabilimenta catch, on average, 34% fewer insects than those without. However, webs with the easily-visible markings are damaged far less frequently by birds flying through. It is an evolutionary tradeoff the spider can influence every time it builds a new web. Read the scientific study at Behavioral Ecology magazine. 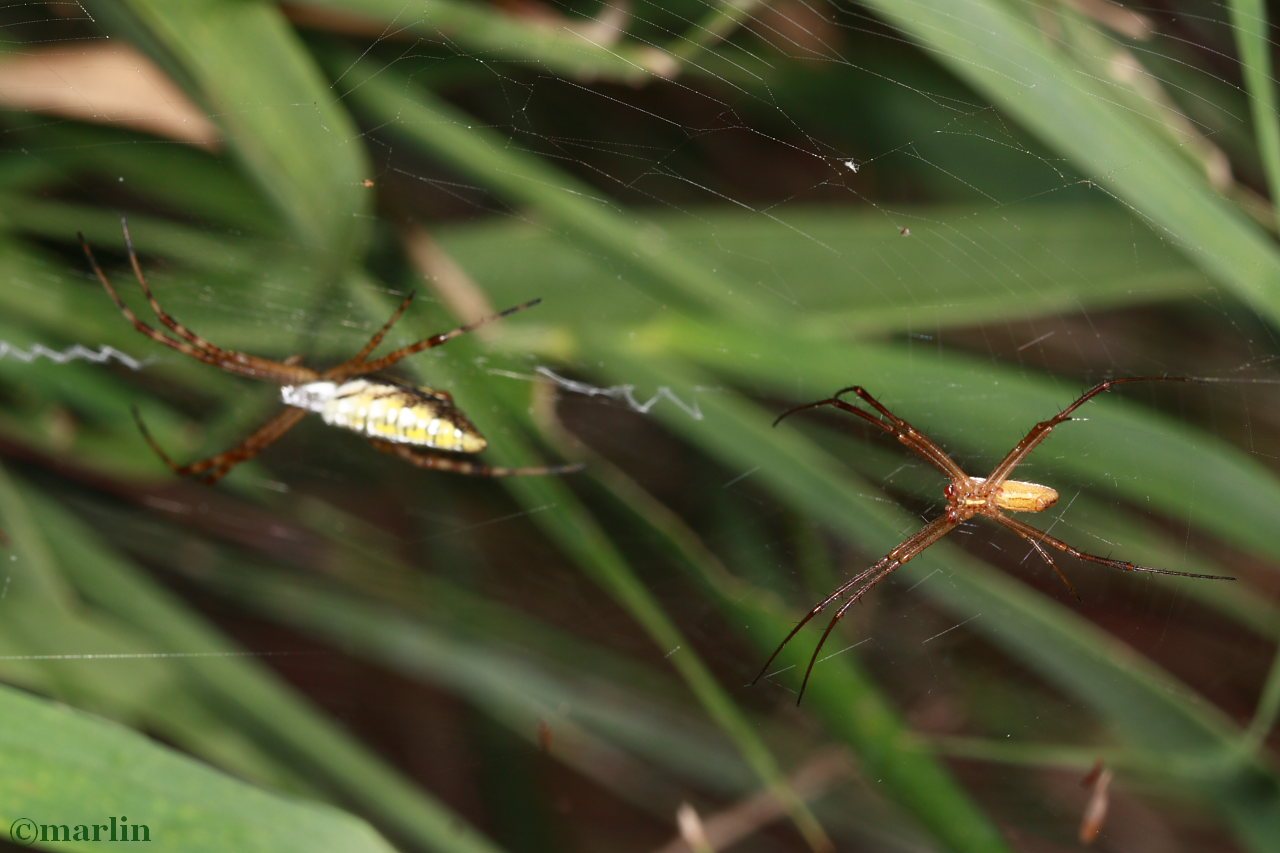 Male A. trifasciata build orb webs near their prospective mates. Like most male spiders, they are considerably smaller than their girlfriends. Not all female spiders eat their mates after mating, but I believe the males are fair game anytime they come anywhere near the fairer sex.