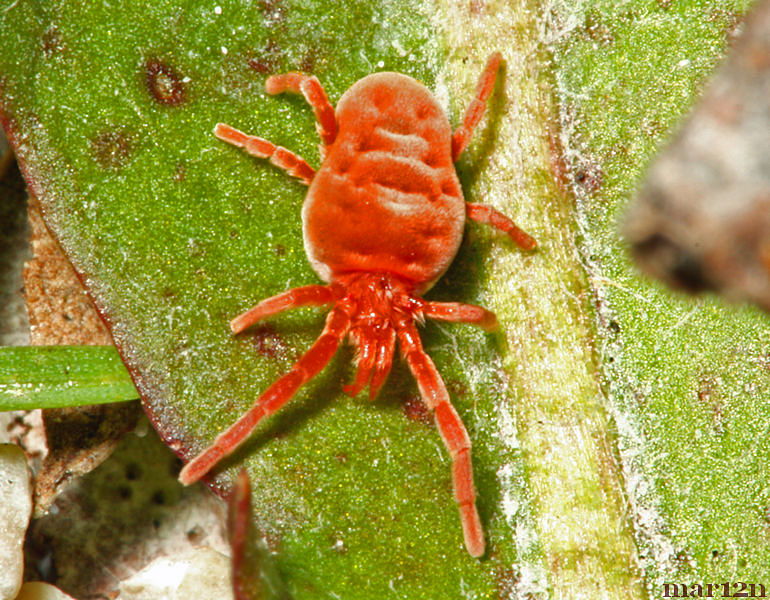 When I was a kid, I’d see these tiny red things crawling in the dirt and wonder, “What the hell are those things?”  – but never investigated further.  Now I know they are red velvet mites, with eight legs and chelicerae like spiders. These specimens are less than 1/8″ long including legs. Red velvet mites do not bite or sting. 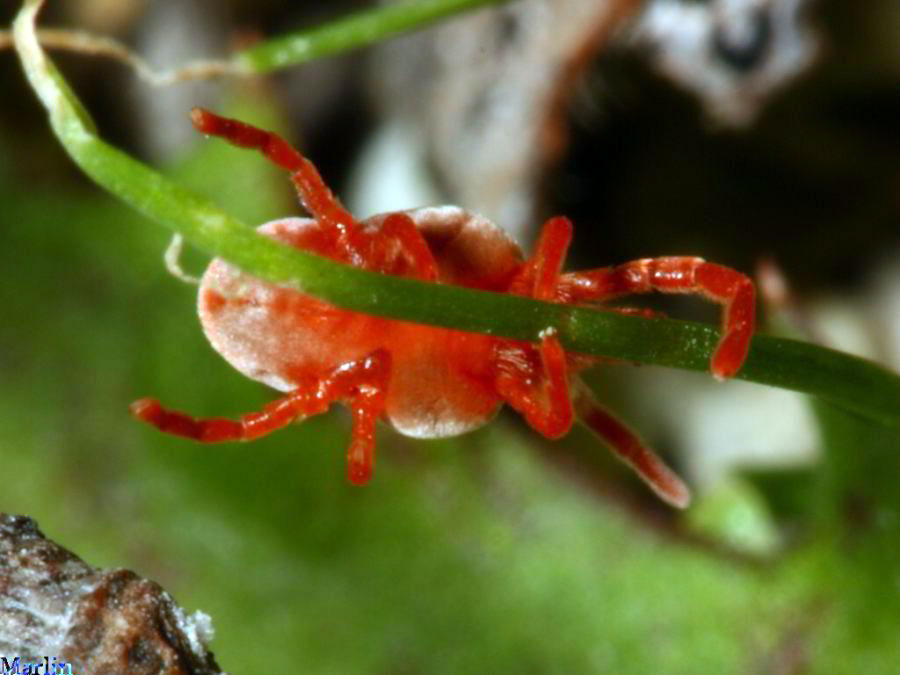 Like a big red balance-beam walker, here you can see the unusual 2-legs at each of four corners leg arrangement. Red velvet mites are extremely important to the environment. These mites are part of a community of soil arthropods that is critical in terms of rates of decomposition in woodlands and in maintaining the structure of the entire ecosystem. By feeding on insects that eat fungi and bacteria, they stimulate the decomposition process. 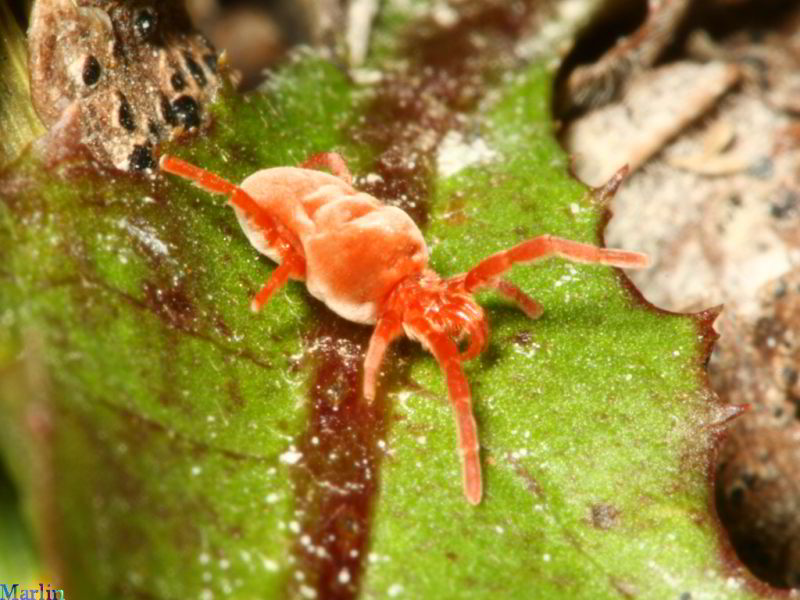 “Red velvet mites are members of the subphylum Chelicerata, a group of critters that have tiny lobster-like claws that serve as mouthparts, a feature that relates them closely to spiders, scorpions, and harvestmen. Red velvet mites make their home in the litter layer of woodlands and forests. They live from one to several years, depending on the species. As larvae, they attach themselves to a variety of arthropods and feed parasitically. They will suck blood from a gnat or grasshopper, for instance, sometimes hitching a ride with several other mites. When red velvet mites become nymphs and then adults, they take to the soil to devour much smaller prey, including other mites and their eggs, the eggs of insects and snails, and primitive wingless insects. [1]

Adult male mites release their sperm on small twigs or stalks. That ritual is followed by the male laying down an intricate silken trail to the sperm. Females spot these trails, then seek out the individual male. If he’s to her liking, she sits in the sperm. But if another male spots one of these sperm gardens, he’ll promptly destroy it and replace it with his own.” [1]