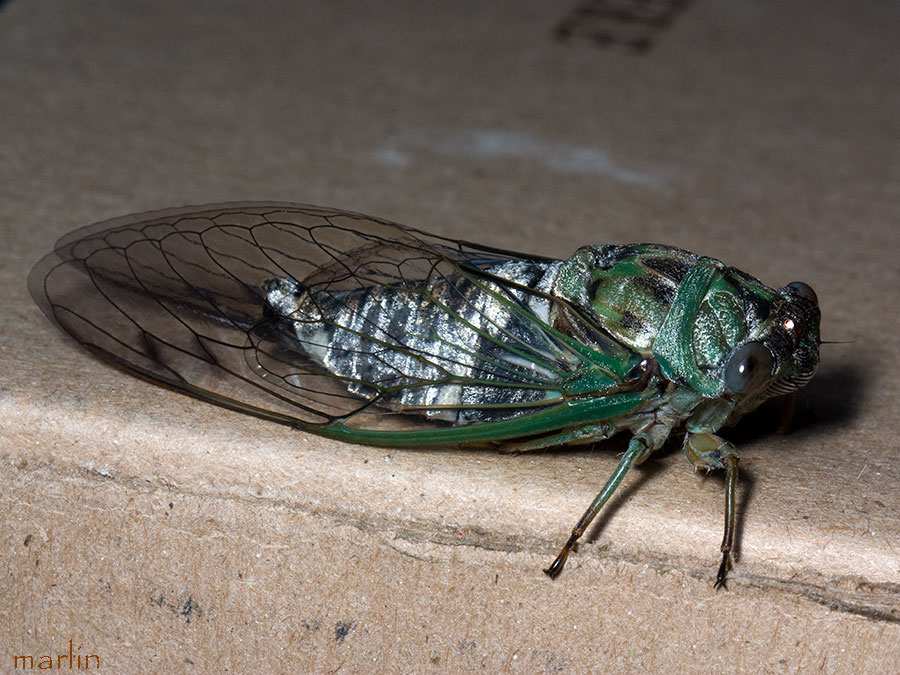 Newly emerged, this cicada is pumping up its wings. The silvery sheen disappears as the exoskeleton darkens and hardens. Size = 5.4cm. 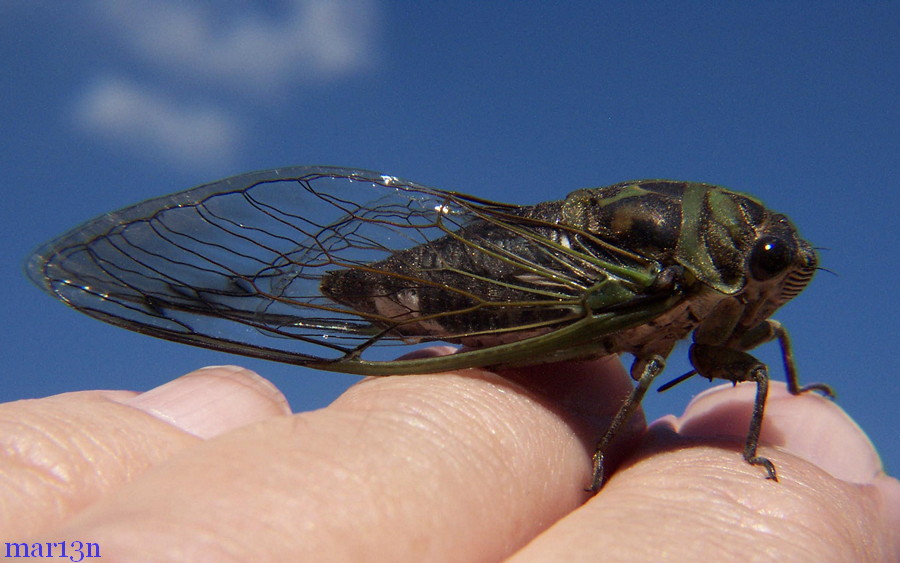