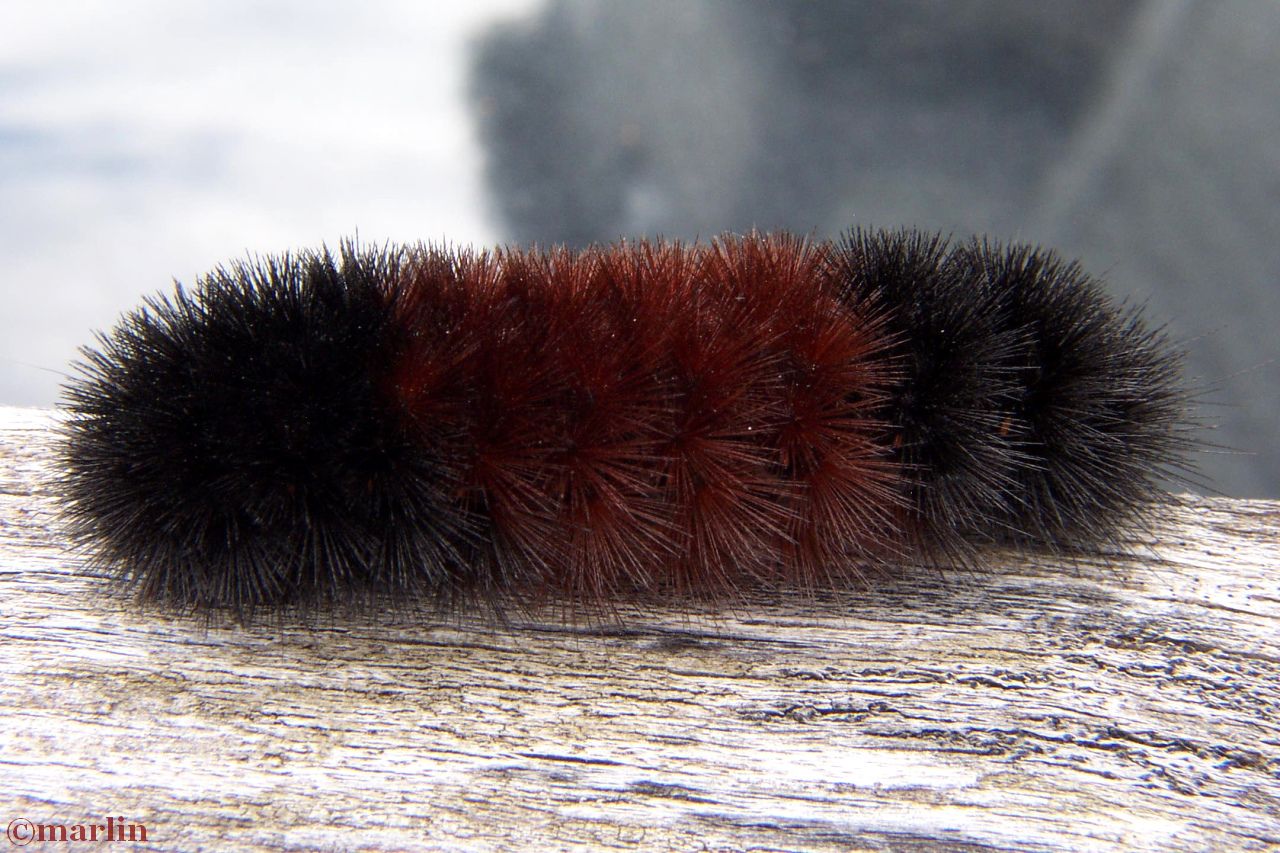 Larval form of the Isabella Tiger Moth. This critter manufactures its own blood-antifreeze. Common folklore has it the severity of the coming winter can be predicted by the amount of black on the banded woolly bear. However, the relative width of the black band varies with age, and has nothing whatsoever to do with weather. Isabella tiger moth cats overwinter, surviving freezing weather by producing their own antifreeze, with which their cells are infused. 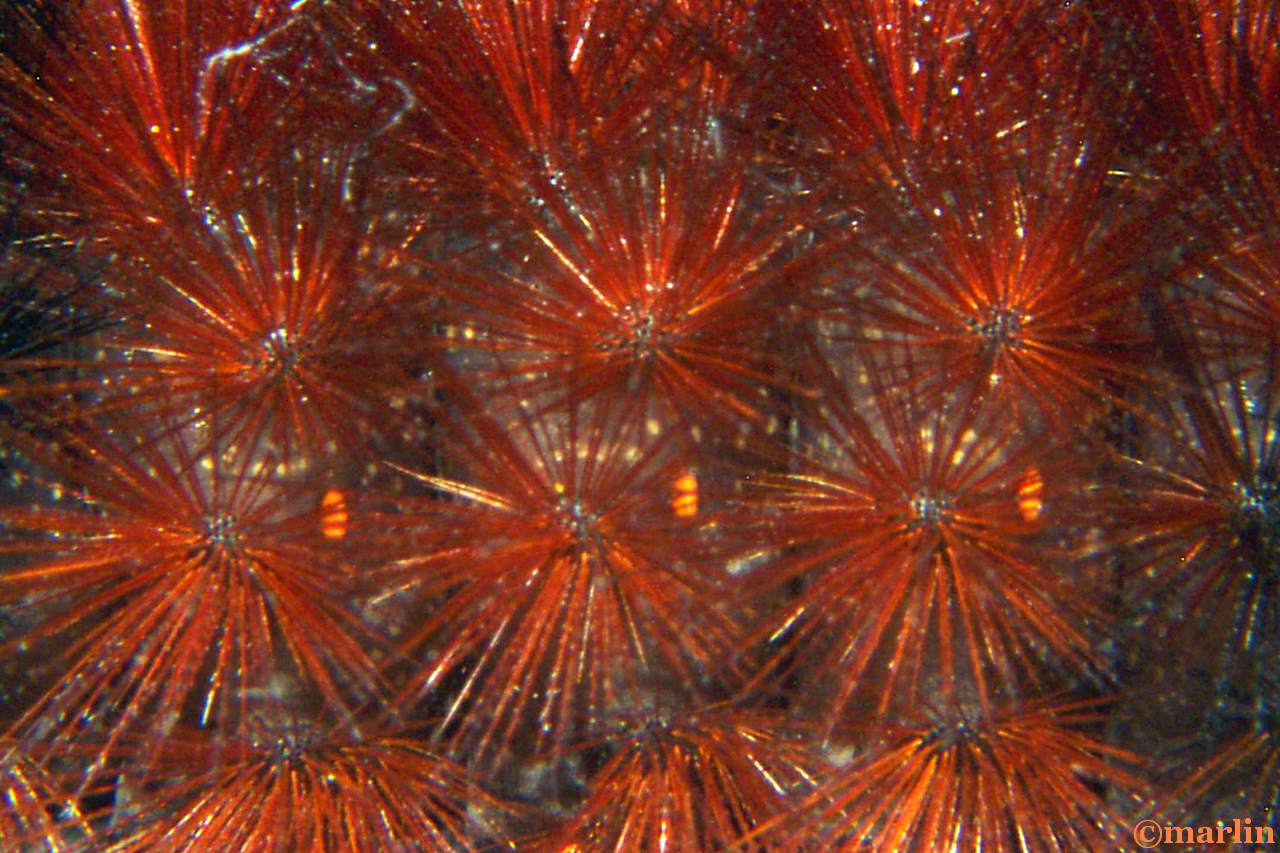 Setae (bristles) in extreme closeup. The orange ellipses are the spiracles through which the creature breathes 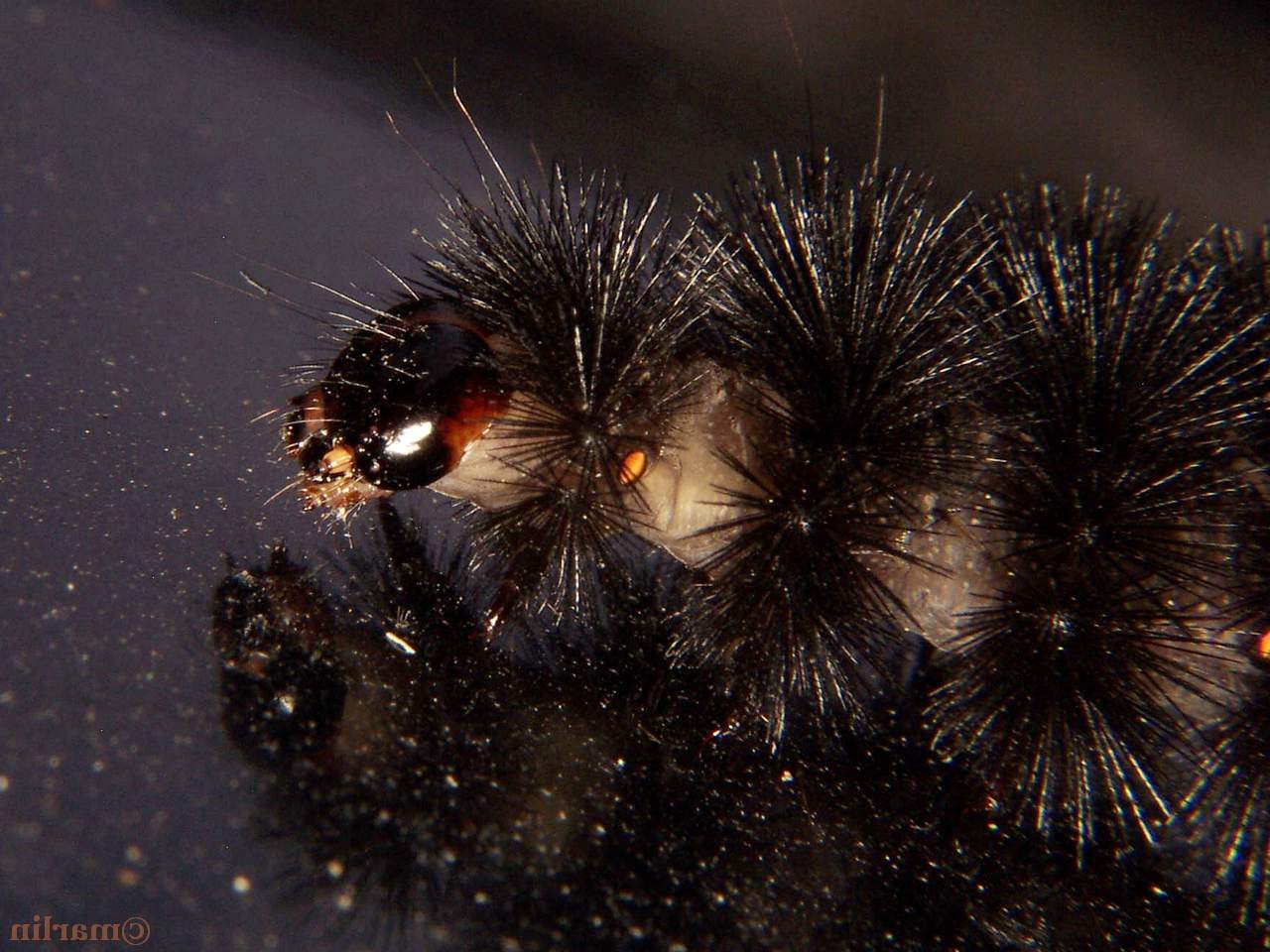 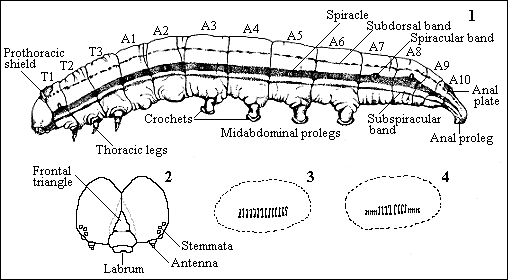 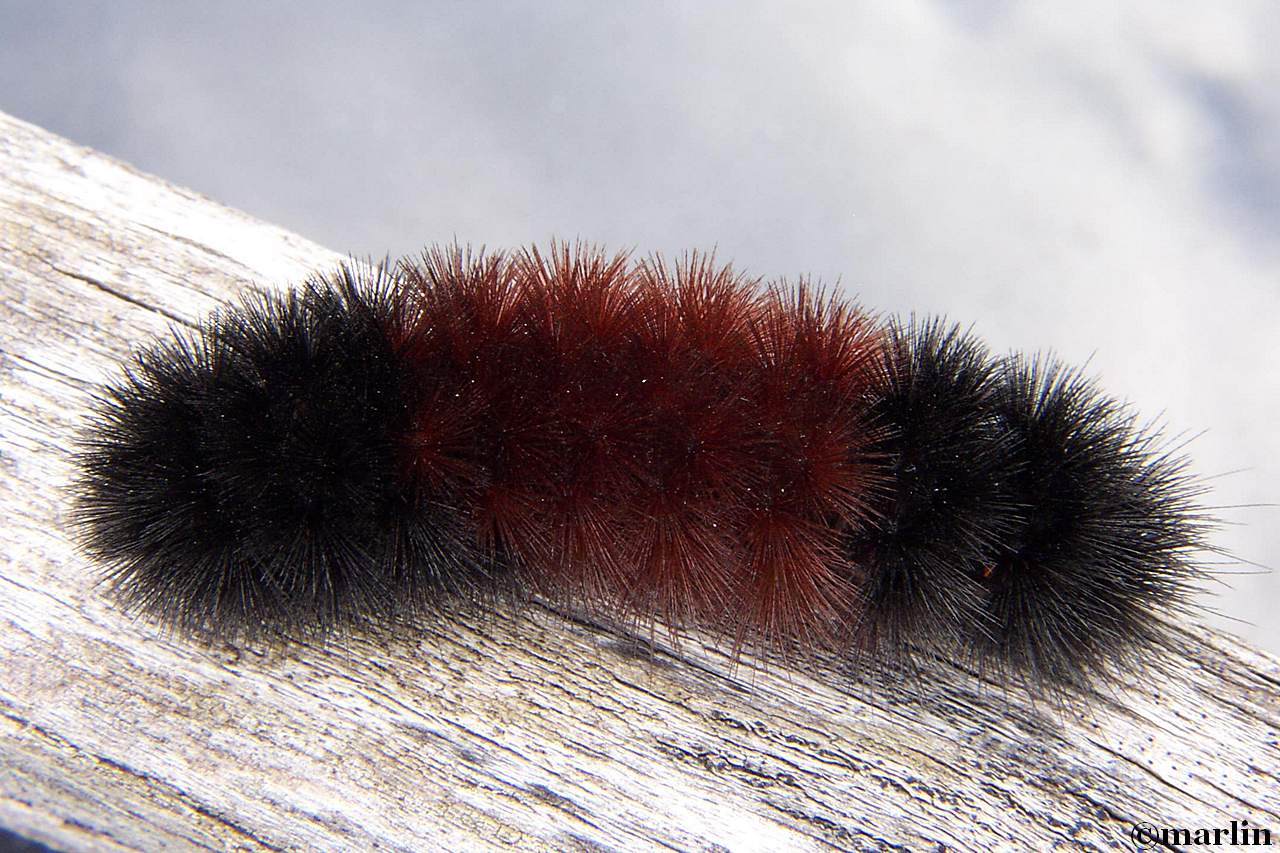 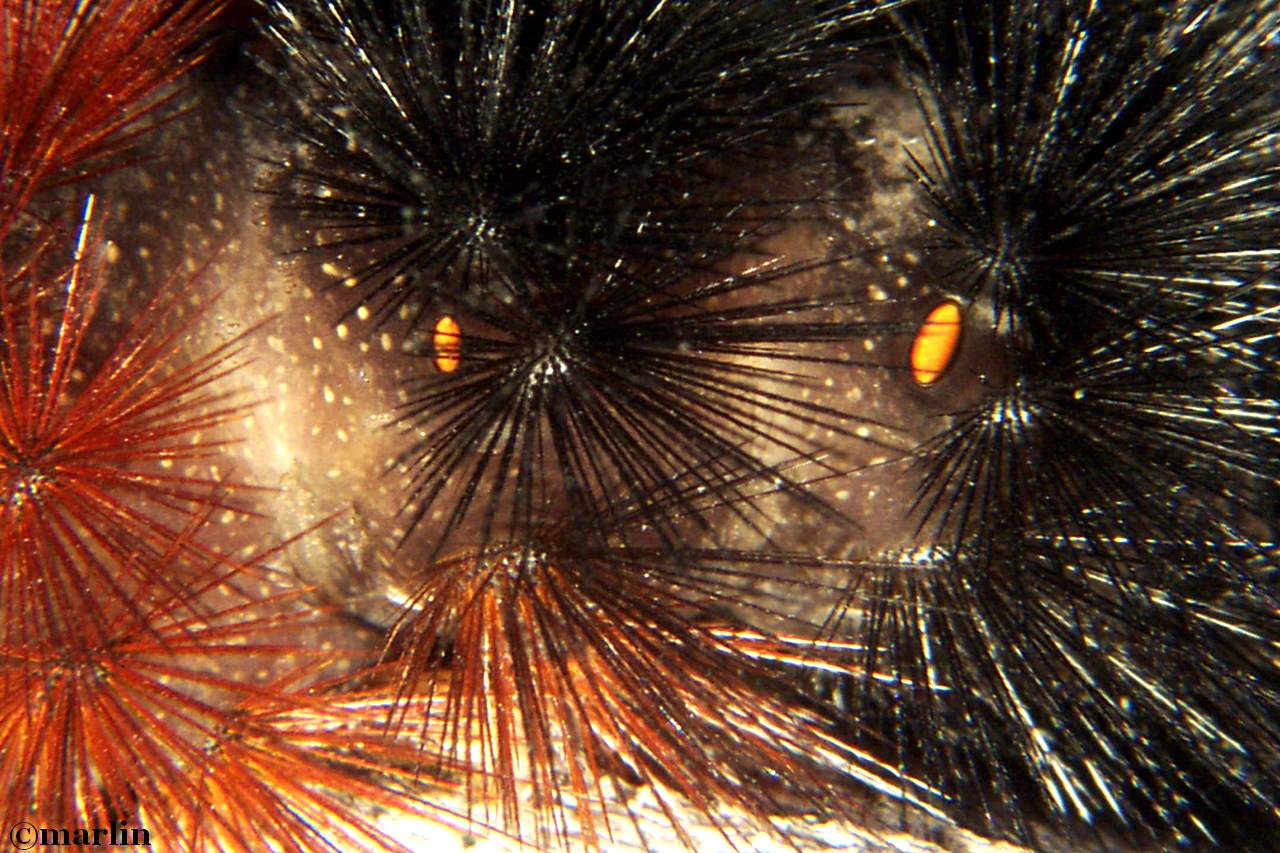