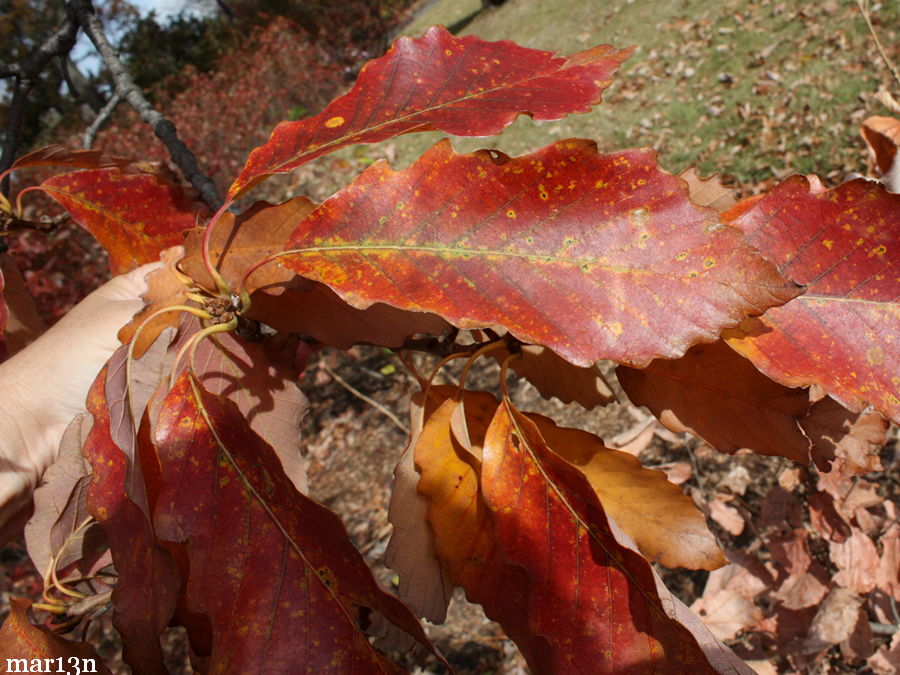 Sometimes called rock oak or tanbark oak, this tree is native to the Appalachian region, the coastal plain of New Jersey, and the Blue Ridge Mountains of northern Georgia. Commonly found on dry, infertile soil and rocky ridges, this tree, like many of our native oaks, it grows best in well-drained soils along rivers and streams.  Chestnut oak is not a prodigious acorn producer, and is of medium stature as oaks go; slow-growing and long-lived, the lumber is often marketed as white oak [2]. 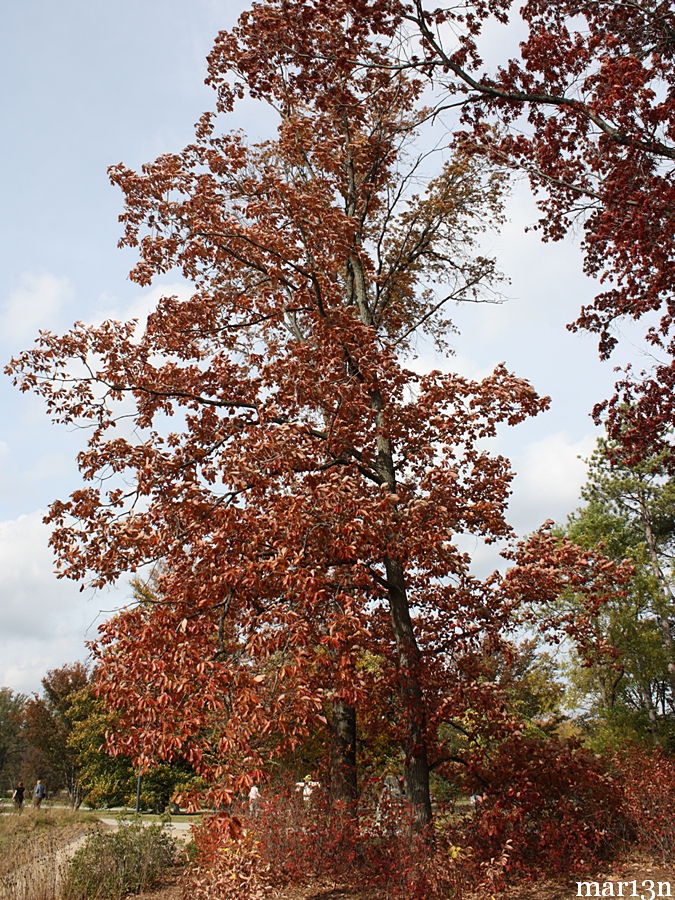 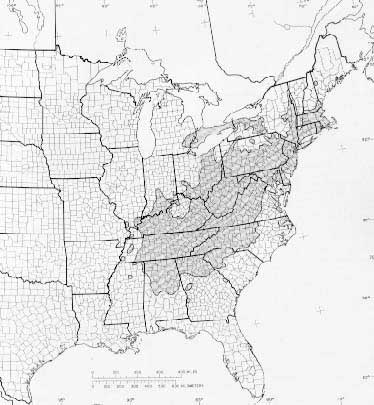 Chestnut oak is intermediate in shade tolerance. Among the oaks, it is similar in tolerance to white oak, but more tolerant than northern red, black, or scarlet oak. Chestnut oak is susceptible to most of the diseases of oaks including oak wilt (Ceratocystis fagacearum). It is particularly susceptible to the twig-blight fungus Diplodia longispora, a dieback and branch canker caused by Botryodiplodia spp., and, from Virginia northward, stem cankers.