Obligate Climax Species: Eastern hemlock is very shade tolerant. Seedlings survive in as little as 5 percent of full light. Individuals are able to survive several hundred years of suppression, and many show numerous growth releases and suppressions. Saplings less than 2 inches (5 cm) may be more than 100 years old. Seedlings are able to establish under dense forest, including sugar maple canopies and can replace that species. Eastern hemlock uniquely modifies semi-permanent soil properties, such as acidity, which favors its reproduction. 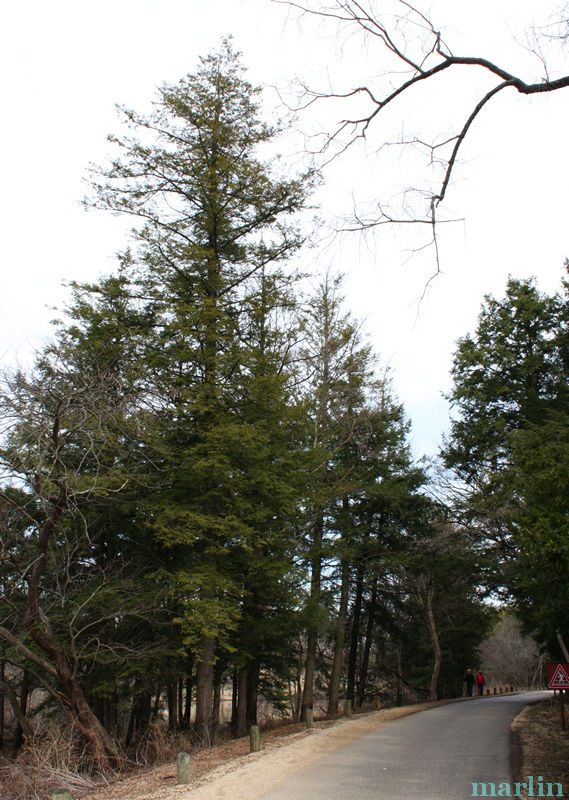 Eastern hemlock is very susceptible to fire because of its thin bark, shallow roots, low-branching habit, and heavy litter deposits. It is possibly the most fire-sensitive mesophytic tree species in its range. However, Eastern hemlock usually escapes fire because it occurs in moist habitats and is often associated with hardwoods which do not readily burn. If a fire starts in a cutover area, a windfall area, or an area with dead standing timber, it may carry into a northern hardwoods forest if there is strong wind. In Michigan, the average return time for severe crown fires in the hemlock-white ine-northern hardwoods type is estimated to be about 1,400 years [63]. In northeastern Maine, the average return interval for fire in spruce-fir forests in which eastern hemlock is a minor component is about 800 years. (2) 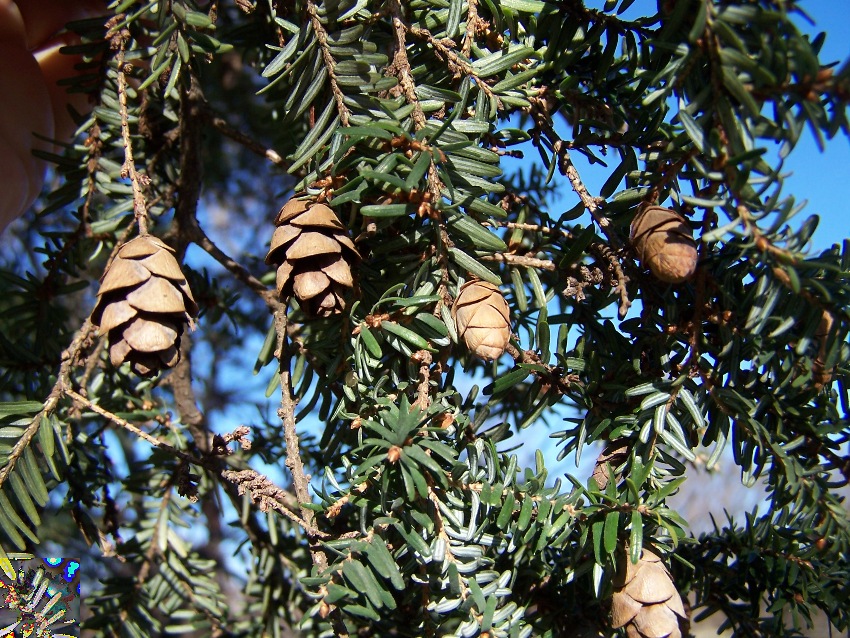 Eastern Hemlock is also commonly called Canada Hemlock and Hemlock Spruce. In the United States, eastern hemlock occurs throughout New England, the mid-Atlantic states, and the Lake States, and extends south in the Appalachian Mountains to northern Georgia and Alabama and west from the mountains into Indiana, western Ohio, and western Kentucky. At its northern limit, eastern hemlock ranges along the southern border of Canada from southern Ontario to Cape Breton Island, Nova Scotia.

Eastern hemlock occurs as a dominant or codominant in coniferous and mixed-hardwood forests. It is often the only conifer present in mixed mesophytic forests of the eastern United States. Eastern hemlock wood is of low value because of brittleness and abundant knots. It is used for pulp, light framing, sheathing, roofing, subflooring, and boxes and crates.

Dense stands of eastern hemlock provide excellent wildlife habitat. Cove forests in the southern Appalachian Mountains provide nesting habitat for many species of birds. The black-throated blue warbler, black-throated green warbler, and blackburnian warbler are especially abundant in virgin eastern hemlock cove forests. Large eastern hemlocks can be climbed by small black bear cubs. In northeastern Minnesota, black bear mothers and cubs spent more than 95 percent of the time in April and May within 600 feet (183 m) of either an eastern hemlock or an eastern white pine (Pinus strobus) larger than 20 inches (51 cm) in d.b.h. Eastern hemlock has high cavity value for wildlife. Large hollow trees are commonly used as dens by black bears. The seeds are eaten by birds and mammals, and in the winter the foliage is browsed by white-tailed deer, moose, and snowshoe hares.