Family Tiliaceae – Basswood, Linden
When this tree is in flower it will be full of bees, hence its common name “bee tree.” 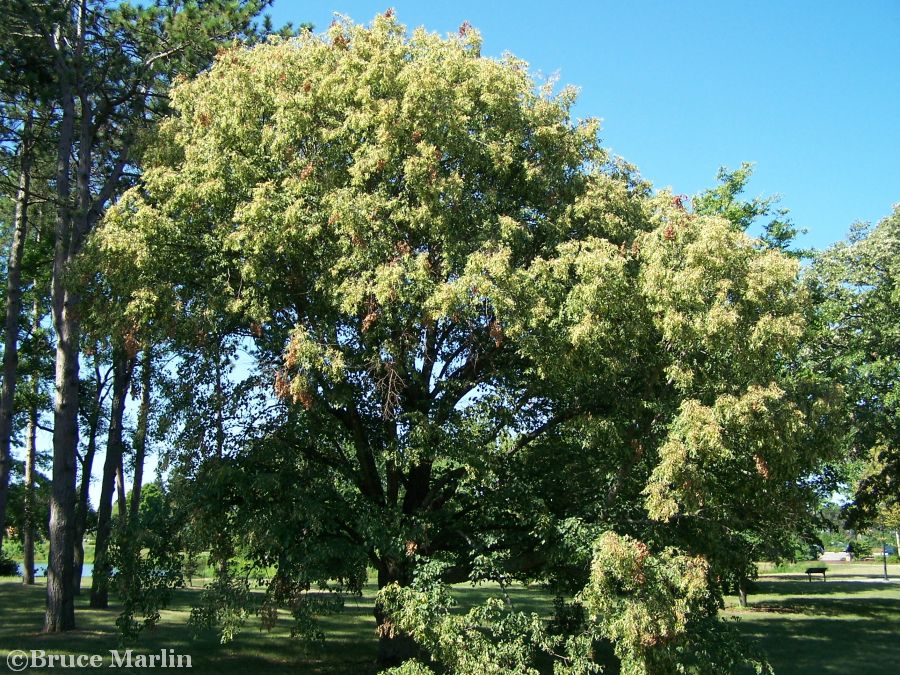 This Chinese Linden is 50 years old

Most lindens are large deciduous trees with cordate (heart shaped) leaves arranged alternately on the stem. They are often planted along roadsides, as they tolerate heavy pruning – although this does have drawbacks – particularly the sticky ‘honeydew’ produced by aphids feeding on lime sap during the summer. Their flowers are popular with bees, and lindens are widely planted throughout North America as street trees. Among them are silver linden (Tilia tomentosa) and its cultivars.

When the wind is blowing, this tree displays eye-catching silvery white leaves underneath. 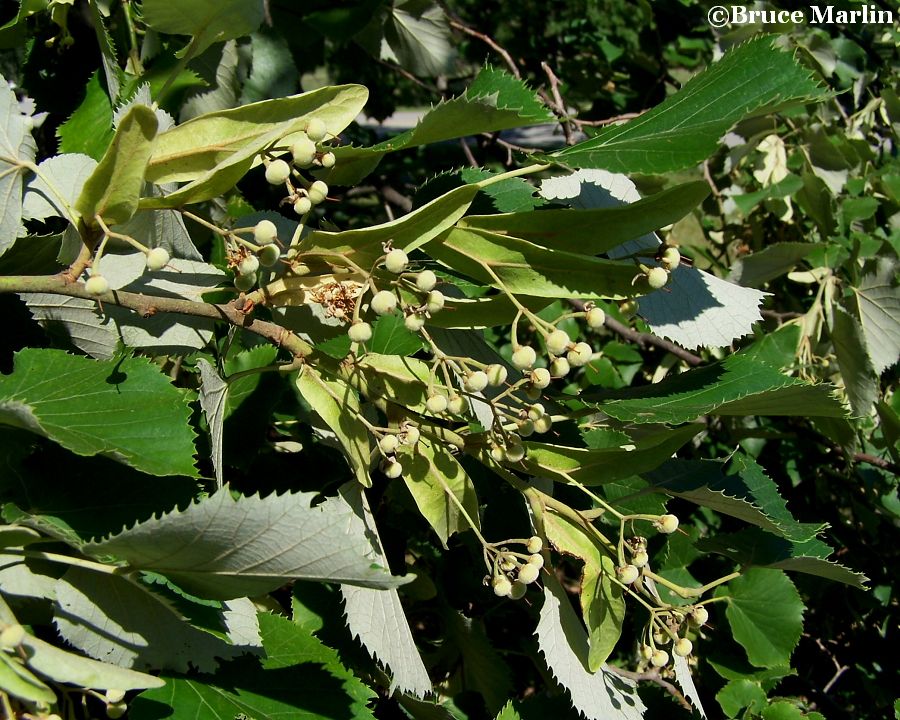 The fragrant flowers of the linden tree hang from the middle of leafy, ribbon-like green bracts in long-stalked clusters. The flowers are tiny, with 5 yellowish-white petals. During the last weeks of June and first weeks of July they exude a powerful, haunting scent that can be detected up to a mile away.

The flowers possess a nectar which attracts bees and produces a strong flavored honey. When this tree is in flower it will be full of bees, hence its common name “Bee Tree”. During the three weeks that the Lindens bloom, bees forsake most other flowers. The honey that they make of Linden nectar is white in color, and highly regarded. The flowers when gathered and dried can be used to make tea. Linden flowers are used in the manufacture of perfumes.

When the flowers go to seed they form small nutlets that contain 1 or 2 seeds each, clustered beneath large leafy wing bracts which act as parachutes. 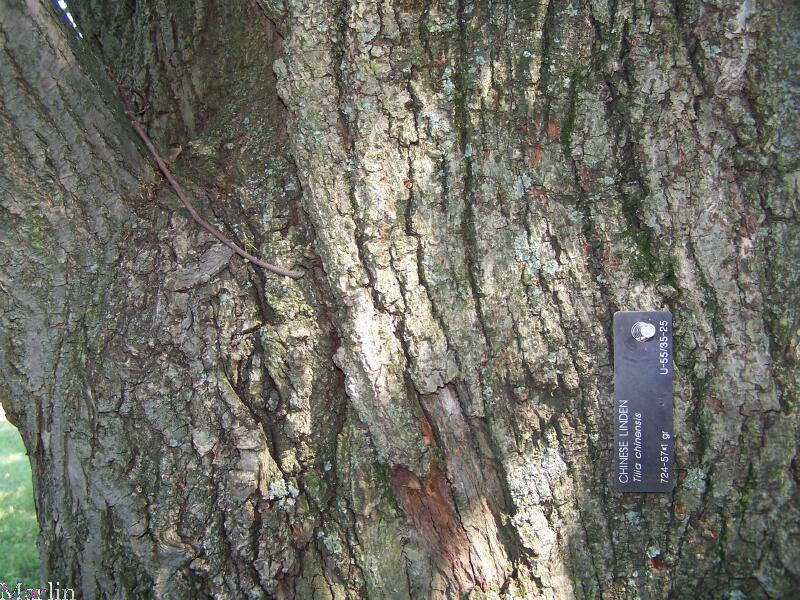 Linden wood is soft and creamy, and it is much favored by woodcarvers because of its workability (it is said to “cut like cheese”) and its even grain. In past centuries it was used to make ship’s figureheads and cigar-store Indians. Today it is used for broom handles, beehive frames, piano sounding boards and certain parts of guitars. 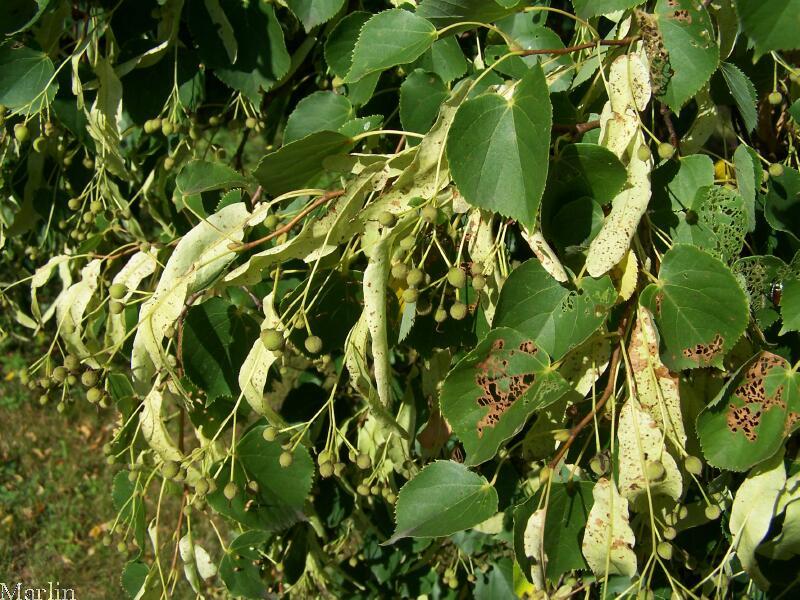 The skeletonized leaves are due to a Japanese Beetle invasion. See our article “What’s eating my linden?“

Family Tiliaceae – Basswoods, Lindens
50 genera and 400 species; widespread in tropical and subtropical regions, with relatively few species in temperate regions. Especially abundant in Southeast Asia and Brazil.   The leaves of all the Tilias are heart-shaped and most are asymmetrical, and the tiny fruit, looking like peas, always hang attached to a ribbon-like, greenish bract.  Tree Encyclopedia | Tree Index | Tiliaceae Index